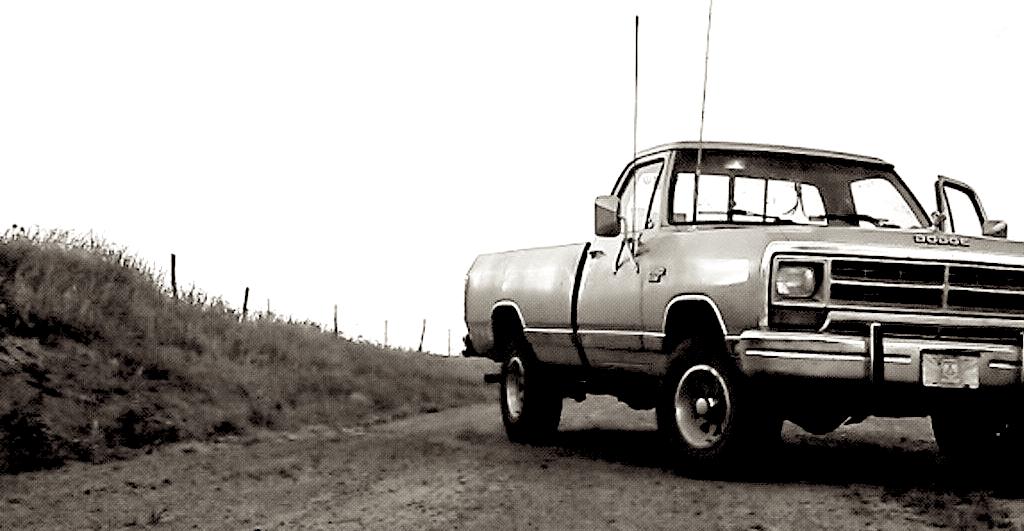 When I was 17, in 1978, my parents dropped me off at college in Los Angeles, driving away in our yellow Ford pickup after handing me my single suitcase and new Smith Corona typewriter. I was terrified, so I went directly from my dorm room to the university library. There I found literary magazines, Shenandoah, TriQuarterly, and The North American Review. I read them constantly, but never imagined I could write a short story until two years later, when I sat on the library floor and opened the Spring 1982 issue of The North American Review, with a polar bear on the cover. Inside there was a story called “Scales,” by Louise Erdrich. My life was forever altered.

She wrote about Albertine Johnson, who works with Dot Adare on a construction site in North Dakota. “She didn’t say a word, just held the buck knife out where I could see it, blade toward me. She jiggled the handle, and the tip waved like the pointy head of a pit viper. Blind. Heat seeking. I was completely astonished. I had just put the plastic cover on my coffee and it steamed between my hands.”

I was astonished, too. The buck knife, like my friends owned; the rattlesnakes we saw, whose heads did this, but made into beautiful, precise imagery.

Dot Adare is pregnant with a baby conceived on a visit to her husband in state prison; she knits her own baby clothes, “pulling each stitch so tightly that the little garments she finished stood up by themselves like miniature suits of mail.” I began to cry. My own tiny Swiss-born mother had knitted a yellow suit for my baby brother exactly in this fashion, abandoned by my father, when I was three.

Dot’s husband Gerry Nanapush escapes from jail for the baby’s birth, riding a “huge and ancient, rust-pocked” motorcycle. And when he is gone again, Dot is back at work, weighing her baby on the scale meant for trucks. “He was so dense with life, such a powerful distillation of Dot and Gerry, it seemed he might weigh about as much as any load. But that was only a thought, of course. For as it turned out, he was too light and did not register at all.”

I had never read metaphor and imagery like that, fiction about places like mine. Truck scales and dirt roads, men who messed up and women who still loved them. That story made me believe fiction about people like ours was possible.

I had written short stories once before. The summer I was 15, my three best friends got caught out at 3 am, hanging out with drug dealers. My mother put me on lockdown for three months. She had never been able to finish high school, when she left her native country and arrived in Canada and then the US; she worked in corn and strawberry fields when she was 15, then as a night-shift waitress in a diner. Now she was going to Riverside City College for her education.

Part of my punishment was to enroll in summer school at the college. So I took a Creative Writing class. I wrote two short stories about young girls hiking—in the mountains along a creek, in the desert along a canyon—and finding dead bodies—in a waterfall-fed pond, in an oasis surrounded by palms. My professor, an older desert-loving writer, asked me to his office. Was everything ok? Had someone died? I was silent. Everything was about death. People I knew were dying in car accidents, of drug overdoses, of sickle cell disease, or leukemia.

He told me a story could work without a dead body. I wrote a four-page story about an old woman riding the bus home from the store, sitting next to a man who got high on Magic Markers and White-Out while absently opening his fly. That was the bus I rode to get to the college. My professor told me I was made to be a writer, but of course, I didn’t believe him.

I never believed the life we led, in the place we lived, could be written into the world.

I read every story I could find by Louise Erdrich and learned about literary magazines in the library at the University of Massachusetts, Amherst, where I had gotten a fellowship to attend graduate school. I was already married, and my husband worked night shift at a correctional institution; I had a job cleaning house for a professor at Smith and delivering newspapers on a rural route. Back then, I could never imagine writing a novel, since I always had three jobs. But my short stories kept being linked by the same characters.

When Love Medicine was published, in 1984, I was entranced and hopeful, buying a copy at the local bookstore. Erdrich wove together stories as chapters, with characters who were related by family or landscape, whose passions and crimes and loyalty tethered them together though their narrative were disparate and their ages spanned decades. I wanted to write a polyphonic novel, though I didn’t know that term at all. I thought of it as a chorus of voices, like our family in the driveway telling stories.

I wanted to write a polyphonic novel, though I didn’t know that term at all. I thought of it as a chorus of voices, like our family in the driveway telling stories.

It took me seven years after graduate school to finish my first book, Aquaboogie, a novel-in-stories; it was published when I was 29, my first daughter a baby, and then I was pregnant again. I was told about Winesburg, Ohio, by Sherwood Anderson, which I’d never read, and that cemented my desire to write again in this elegant form that allows for the weaving of narrators and landscapes in arcs of story that twine together and make a whole community.

Aquaboogie featured Darnell, a young black firefighter obsessed with the towering flames and fleeing wildlife of the mountains, based on stories told to me in the driveway by my brother-in-law back when I was 22. Darnell and other characters continue to show up in my books. Enrique, an elderly man who’s had to kill several times for survival, is based on men we knew, still know.

His niece, Matelasse, became a main character in my new novel, Mecca, as did Johnny Frias, a Chicano California Highway Patrol officer I’ve been writing about for ten years. Matelasse, a florist, goes into a taqueria named El Ojo de Agua for lunch, and suddenly the woman serving her is Serafina, who crossed the border from Mexico into California, whose character I first wrote when I was 19 years old.

I re-read Love Medicine this month, and The Red Convertible, and The Round House, thinking of Gerry Nanapush, and Lyman Lamartine, and Albertine Johnson, all characters who show up in Erdrich’s later novels. I re-read Kent Haruf’s Plainsong, also a chorus of voices, because he wrote about the same characters in later novels. Edward P. Jones’s All Aunt Hagar’s Children has beautiful echoes of recurring characters from Lost in the City. I re-read Lila, my favorite of Marilynne Robinson’s four novels featuring the people of Gilead, Iowa.

For 30 years, I’ve been teaching fiction as well, books that truly embody the extraordinary form of story arcs forming a novel, with multiple narrators: Helena Maria Viramontes’s Under the Feet of Jesus, James Welch’s classic Fools Crow, Celeste Ng’s Everything I Never Told You, and Drown, by Junot Diaz. All have numerous shimmering voices, all are inextricably tied to landscape and blood, and all move forward in a series of leaps and swirls not connected to traditional plot.

My hundreds of students have taken inspiration from these books, and one of the joys of my life is teaching alongside two writers who are former students, who’ve both published beautiful iterations of this form: Alex Espinoza, who wrote Still Water Saints, and Michael Jaime-Becerra, who wrote Every Night is Ladies’ Night.

Both are working on new books featuring characters from their previous novels, and we say their names as if they are people we just hung out with on the sidewalk.

I wrote Mecca still loving the form of the polyphonic, still loving the woven arcs of novel-in-story form. It is my ninth novel, and I look at the stacks of page I wrote longhand, hearing a man I drank whiskey with last week in a warehouse where classic 1950s trucks and cars are restored, a man just turned 70 who said to me, “I always hated to write, but I can even write joined. Nobody writes joined now. You still write like that?” Cursive. I do. I write in cursive, my narratives braided with people I still love, as I learned from Louise Erdrich’s devotion to her characters, her ideas of voice and history and the ultimate honoring of people like ours. 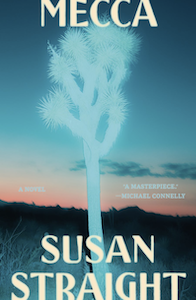 Susan Straight’s novel Mecca was published in March 2022 from Farrar, Straus and Giroux.

Susan Straight has published nine novels, including Mecca, Highwire Moon, a Finalist for the National Book Award, and A Million Nightingales. Her memoir In the Country of Women was named a best book of 2019 by NPR, The Washington Post, and others. She's written for the New York Times, The New Yorker, Harpers, Granta, and many other journals.

What is it Like to Be a Blind Writer Writing for Sighted Readers? 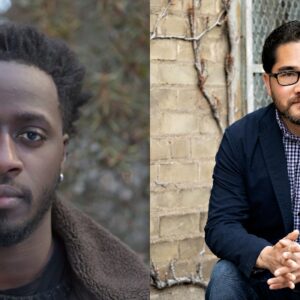