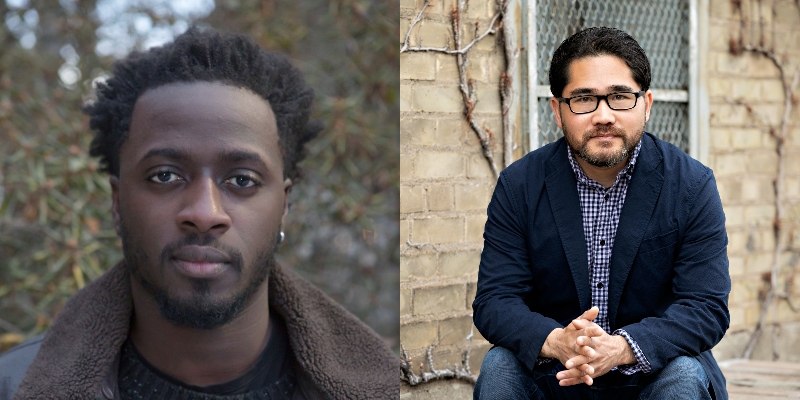 Fiction writers Nana Kwame Adjei-Brenyah and Sequoia Nagamatsu join hosts V.V. Ganeshananthan and Whitney Terrell live from the Unbound Book Festival in Columbia, Missouri, where they talk about pop culture in the literary sphere, the blurring of the line between literary and popular fiction, and subverting tropes within their genres (plus, a bit of Frasier fanfiction). Nana reads from his short story collection Friday Black, and Sequoia reads from his novel How High We Go in the Dark. The two also take questions from the live audience at Unbound.

How High We Go in the Dark • Where We Go When All We Were Is Gone • “Elegy Hotel” by Sequoia Nagamatsu, print and audio, The Southern Review

Whitney Terrell: We’re reading a book by an academic named Isiah Lavender called Race in American Science Fiction, a really terrific and interesting book that talks about how we need to rethink some of the tropes in science fiction. And I feel that the literary science fiction that’s coming out now is doing that.

The obvious one that Isiah talks about is the alien other as being the other race, the other person, and that earlier in the ’70s people thought, no Star Trek is inclusive and everything’s wonderful and we’ve gotten past race issues. But he’s saying no, it’s embedded in the way that science fiction thinks about race. And I wondered if you have particular tropes and ideas that you’re trying to subvert in your work that, even though you love pop culture, you’re finding and trying to get away from?

Nana Kwame Adjei-Brenyah: Yeah, for sure. My favorite tote bag, and if you’re an author, you know about tote bags, because of the festivals; one of the big, unknown benefits is you have endless tote bags. But my favorite tote bag I ever saw was pretty simple and said, “There are Black people in the future.” And I was like, “Huh,” you know? Because when you think about most of the sci-fi representations on the screen, at least, it seems like there needs to be a reminder that there are Black people in the future.

There’s a bunch of tropes and there’s the story in my book called “Through the Flash,” and it’s like a Groundhog Day loop. But what’s different is, first off, you have a young Black girl as the star, which is already different. That’s already not a sci-fi thing, a young Black girl who we are paying attention to. Also the young Black girl is the one with the power, and that’s also very different. And also, she is the most powerful character in the story and there is still something for her to do. Because it’s not about her being the most powerful, which is oftentimes what we’re trying to get to in some of these representations, it’s about, now that you have had the power, what do you do with it? Also, it isn’t only about her.

A difference in that story is—and I watched a bunch of time loop stuff, from Groundhog Day to whatever Tom Cruise’s is called to whatever Andy Samberg’s is called to a bunch of these other ones—and it’s almost always: “Me. I can see through, I know that everything is a loop, everyone else is oblivious, maybe one other person will be coming with me.” And the difference in [“Through the Flash”] is like, “No, everyone will understand we’re always in a loop,” which, at some level, totally changed the loop-ness of it. But for me, it changed the focus. I feel like there’s a missed opportunity there because I think the whole idea of the time loop is that life can feel sort of repetitive, like nothing’s changing, and these people often feel stuck. And then they have to sort of have their Ebenezer Scrooge moment, and then they realize they should have been more loving or something. But it’s also that you aren’t in it by yourself, either. And so I wanted to play around with all those things.

For me, a lot of these spaces are fun spaces to play around in, where even that story there, I’m being a little bit more compassionate to the zombie. I feel like there’s a lot of missed opportunity in the sort of pop culture tropes that exist. But I will say though, the space that I feel is already doing the most important work and being ambitious enough, subverting that and changing that, is the video game space. I think they’re much more willing to play around with exactly that same issue.

There’s that game “Deathloop,” which is another loops thing, and it’s a Black male lead, and his main antagonist is a Black woman too, or an Afro-Latina woman. And that’s very different. And so that space, which I think is a very ambitious literary space, is actually trying to do a lot of that work you’re talking about in terms of taking these tropes and playing around and pushing them further.

Sequoia Nagamatsu: Yeah, I definitely agree about video games. And I think video games go a step further, in some ways, because they’re inviting the player, the viewer, to think about the choices that they make, in order to kind of get to a particular end. It’s like, why did you make those choices? Like, what’s up with that?

NKAB: It implicates you in a way no other medium does.

SN: Exactly. Mostly all of the characters in my book are, obviously, Asian, Asian American, especially Japanese American, or Japanese national. And I guess one trope that I was thinking about when I was thinking about the future, near future, or futuristic aspects of the story, was this trope where the future is basically this exotified Asian landscape. So think about Blade Runner—

SN: And there’s the anime, which I love, except for this part, Big Hero 6, where the near future is kind of like San Fransokyo. And like, who allowed that, you know? I wanted to make sure that not only was my future not exotifying or othering Asians and saying, Japan makes some really good electronics, so of course the future is going to be like this. I wanted to tell the story that I never got as a child, until, really, very recently.

And that’s the story of Asian Americans, you know, Japanese Americans who don’t have the immigrant experience, necessarily. They don’t have the World War experience. I’m thinking about the third, fourth generation, the millennial, maybe younger Gen X life of a lot of minorities in the country, where you might have ripples from that past that you’ve recognized and are a part of in some way, but you’re very disconnected from your heritage. I think it’s a unique navigation of self and identity and heritage that I wanted to at least acknowledge.

So there’s a character in one chapter called “Elegy Hotel” named Dennis and it’s kind of a highly autobiographical chapter, in some ways. I’d like to think I’m nicer. But there’s a line where he says, I’m a bad Asian, and kind of what I meant by that is that he’s lived a life where in a lot of ways, because he grew up as an “American” and didn’t have very many Asian friends and didn’t have much exposure to a lot of Asian things, he didn’t know how to engage with his family in a particular way. And yet he lived in an Asian body.

And when the pandemic happened—and one of the reasons why I definitely wanted to make sure that I included Asian bodies and voices in my future but not say, “Hey, here’s an Asian character,” it was kind of just part of the world, was obviously because of the anti-Asian hate during the pandemic. And as Viet said last night, it’s not a new thing for Asian Americans or a lot of minorities in this country, it’s something that’s always been happening, it’s just maybe heightened now. I mean, I remember a time in the ’90s where I was walking around Portland, and we saw skinheads. We knew what they looked like, and my dad was going into fight or flight mode, because he was with me, and not a whole lot of people are around and they were definitely pointing at us.

And later on, my dad was like, “Yeah, I mean, I think I probably could have beat them up or something.” He was pretty good. He had a black belt in karate, and all that, and he was pretty muscular. But it was one of the first times where I felt like, Oh, I’m not like an American like everybody else, because suddenly, people are looking at me with this particular kind of gaze. So that’s the future that I wanted to at least maintain. A future where there’s another kind of Asian story. But there’s also acknowledgement that your journey as a minority is going to be very different for everybody.

I think as far as other tropes that I like to kind of dismantle, or maybe not dismantle—I will say that, as a professor, I teach tropes, I want my students to be aware of them. So we spend at least a week or two on a website called TVtropes.org, and it’s a really fun website, you can go down a rabbit hole with these, because I want them to be aware of the traditions of film and television and novels and comic books, and why these tropes persist, why some of these tropes are problematic, and how they might be able to think with this foreknowledge of what has come before, how we can dismantle it in meaningful ways. 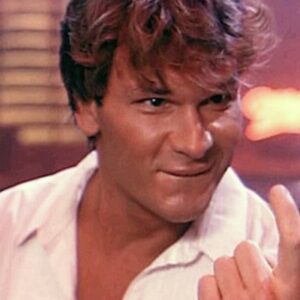 Some people chant, others focus on breathing, and a select few choose to listen to thrash metal in a pitch-black room, but when...
© LitHub
Back to top