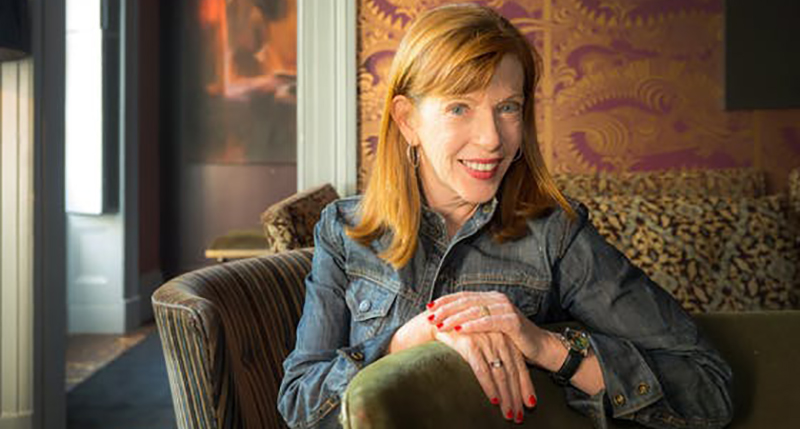 Susan Orlean: ‘We Expect Librarians to Be Everything to Everybody’

The Library Book Author on The Maris Review

This week on The Maris Review, Susan Orlean joins Maris Kreizman to discuss her latest book, The Library Book, now available in paperback from Simon & Schuster.

On how fire has shaped California:

Maris Kreizman: A chilling thing that I realized when we first talked about the book is that you discussed how much fires have shaped Los Angeles. That was before everything that’s happened now.

Susan Orlean: I went back and reread that section, and it was chilling to realize. When you live on the East Coast, as I did for so many years, of course you don’t want a building to burn down. You are conscious of fire, but it’s not the way it is in California where fire feels like this wild animal that lives out there and is waiting to pounce. Since the time I was writing that section of the book and now, we’ve had horrendous, devastating fires in California. They are part of this landscape and the fact that California is developed where you have populations in wild areas where a little spark from an electric line can trigger an enormous, devastating fire. It’s been very sobering. I almost had one of my book tour events cancelled because it was in Ventura and there was a fire raging. They weren’t sure if the library was going to be closed for health reasons because of the air quality. Fortunately, we were able to do it. It’s only getting worse, and that’s a very disturbing reality.

On trying to solve the mystery behind The Library Book:

Susan: I went into the project thinking that I would solve this unsolved crime, which is ridiculous, vain, arrogant, and absurd, but full of hope. I remember when I pitched the book proposal, my publisher said, You’re going to solve the crime? And I said, Of course I am.

It is a hilarious presumption. First of all, arson is probably the most difficult crime to solve because the evidence is usually destroyed in the fire and it’s so easy to start a fire. It’s more amazing to me that any arson is ever solved, knowing now how little it takes to set a huge fire. It can just be a match, and the match disappears. If there is no witness, you can imagine how hard it can be to ever solve who started a fire.

What I ended up really feeling about what this book can do is explore the story of the young man who was the main and only suspect and how and why that pursuit of him legally came to a very odd ending. I looked into one other possibility, which was the idea that it was misdiagnosed, that maybe it wasn’t arson. There is strong suggestion that that might be true, but without the ability to examine any evidence—and there is no evidence at this point to examine—you can only speculate on it.

I’ve been asked many times, do you really think Harry Peak [the young man] did it or not? I don’t have a secret feeling about it. I’m just as ambivalent about that question as I was at the very beginning. There is strong circumstantial evidence to answer both ways, whether he did it or not. The piece of it that’s the most unsettled for me is the idea of why he would do that. Harry was a screw-up and a show-off, but that doesn’t make you an arsonist. He had never done anything destructive, except to himself. That’s a huge leap to go from a bumbling guy who doesn’t pay his rent to someone who started a $22 million fire.

On social work at libraries:

Maris: Did you see anything throughout the country that gives you hope? Are there any ways that libraries are innovating in terms of helping their communities?

Susan: There are a lot of libraries now that have on their staff a social worker, which is a signal that they’ve acknowledged the fact that librarians are librarians. Many of them have taken on a lot of social work tasks and challenges, but fundamentally they are not social workers.

I believe it was Kansas City that has a full-time social worker on staff, and I think that is a really good and important thing that I hope other libraries consider. We expect librarians to be everything to everybody, and they do a pretty damn good job of that, but there are limits to what they can do. Dealing with people with serious mental illness and serious drug and alcohol issues, you are not learning that in library school. This is not meant to be critical of librarians but sympathetic to them being asked to provide services that are not what their job is about. I hope we see more of that.

I will say, to state the obvious: homelessness is society’s problem; it’s not library’s problems. Our failure to adequately grapple with the issue of homelessness is something that all of us are responsible for and where the civic response has been in most places woeful. Libraries have really stepped up in a way that is pretty heroic, but it strains their resources. We have to be careful that we don’t see some of the fundamental parts of libraries be neglected because librarians are being pulled out to handle the homeless population. City governments have to deal with this as an issue. In my opinion, this is the most urgent urban issue that will only get worse and worse.

Susan Orlean has been a staff writer at The New Yorker since 1992. She is the author of seven books, including Rin Tin Tin, Saturday Night, and The Orchid Thief, which was made into the Academy Award–winning film Adaptation. She is most recently the author of The Library Book, which is now out in paperback.

The Difficulty of Making Close Friends As You Get Older 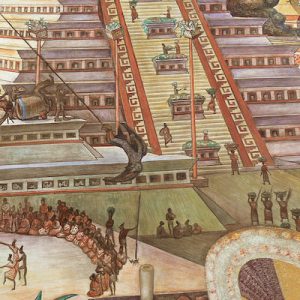 The girl heard the voices of those who loved her in her head. They had petted her, sung to her, told her she was their precious,...
© LitHub
Back to top