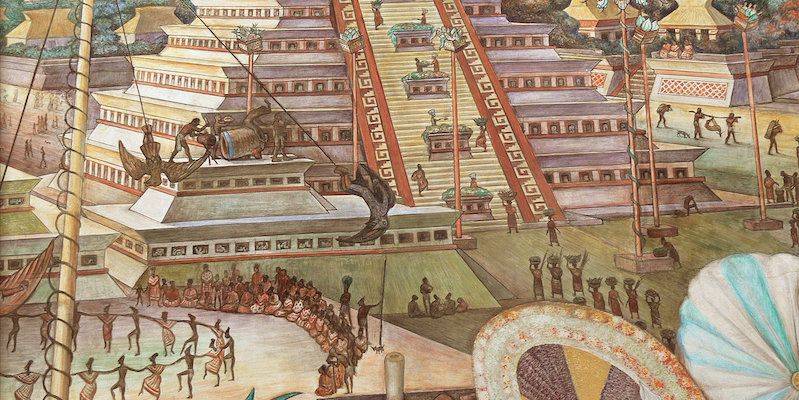 The girl heard the voices of those who loved her in her head. They had petted her, sung to her, told her she was their precious, shining gem, their light, silken feather. She knew now she would never hear those voices again. They had warned her that it might come to this, that she might one day be taken in war and lose everything, that every flower was fragile. Now the worst had indeed come. For a time, terror left her mind blank. But after she slept for a few hours, she was able to remind herself what her mother and grandmother had taught her she must do.

So it was that in the year 1299, Shield Flower looked upon her own death and found the courage to pass from this earthly life with the dignity and style that befit a royal woman. At least so her people said in the stories they told of her for many generations after. Sometimes they called her not Chimalxochitl (Chi-mal-SHO-cheet, Shield Flower), but the more valiant Chimalexochitl (Chi-mal-eh-SHO-cheet), meaning Shield-Bearer Flower. Her ancestors, going back six or more generations, had been among the last of the people to leave the desiccated, war-torn lands of the American Southwest and begin a trek across the expanse of desert in search of the rumored southern lands.

Some 200 years had passed before their descendants made it to the central basin of Mexico, and the tales of the land’s fertility had all proven to be true. Here the precious maize crop grew easily. Yet they found that the best lands had already been conquered by other bands of warriors from the north, people who were just as good with a bow and arrow as Shield Flower’s grandfather and his warriors.

In the absence of a better alternative, Shield Flower’s kin hired themselves out as mercenaries, fighting other people’s battles in exchange for the right to make their camp unmolested, hunt a few deer, and plant a little corn.

Fifth Sun: A New History of the Aztecs by Camilla Townsend has been shortlisted for the 2020 Cundill History Prize.

But the year 1299 had brought misfortune to her people. Indeed, their luck had been so poor that one storyteller would later insist that it had not all happened in a year Two Reed, as everybody else said, but rather in a year One Rabbit. One Rabbit was always associated with disaster; there was even an old saying, “We were really one rabbited,” meaning “We were really up a creek.”

In any case, Shield Flower’s father judged that his people had grown strong enough to cease living in fear. He declared himself an independent king or chief, a tlatoani (tla-to-WAN-ee) meaning “speaker,” implicitly the mouthpiece of the group. His declaration indicated that he would no longer pay tribute to others or work as a mercenary for them. He even taunted the area’s most powerful chief, to be sure that he had made his point. Some said he went so far as to ask to marry the leading chief’s daughter, but then sacrificed her when she arrived.

Shield Flower found herself bound hand and foot, waiting under guard to learn what her fate would be.

Since he was not a madman, it is more likely that his taunting took the form of attacking one of the strongman’s allies or refusing to obey one of his direct orders. Whatever his uppity move was, it proved to be a significant error of judgment.

King Coxcox (COSH-cosh) of the Culhua (CUL-wa) people personally led the war party that came to destroy the upstarts. The party consisted of warriors from six communities working in unison. They killed without mercy, keeping only a few warriors alive to take as prisoners to the towns that had defeated them. The young women were divided up and led away to their new lives as concubines. Shield Flower and her father, Huitzilihuitl (Wee-tzil-EE-weet, Hummingbird Feather), were taken to Culhuacan, the most important Culhua town.

Huitzilihuitl’s heart wept for his daughter, whose torn clothes rendered her body visible to all, exposing her to shame. He begged Coxcox to have mercy on the girl and give her a little something to wear. Coxcox turned and looked at her, then laughed. “No,” the people always remembered him as saying. “She will stay as she is.”

Thus Shield Flower found herself bound hand and foot, waiting under guard to learn what her fate would be. Days went by, dragging out the torment. The Culhua people were searching the surrounding marshes for survivors who had escaped the battle. They counted on hunger bringing many of them forth eventually, and so it did. When they began to trickle into Culhuacan—some dragged by captors, some coming of their own volition to offer to act as slaves in exchange for their lives—Shield Flower was still a shamed captive.

She had been able to bear it when none of her people were there to see, but she could not endure it now. She asked one of her people to get her some chalk and some charcoal. Her captors allowed it. Perhaps they were amused. The bound girl struggled to mark herself with the black and white substances in the ancient way. Then she stood and began to scream, “Why do you not sacrifice me?!” She was ready, the gods were ready; the Culhuas only dishonored themselves by delaying, as if they had no courage for the deed.

Later, some of the bards would say that the Culhuas were shamed by her words and wanted to quiet her, so they lit the pyre. Others said that some among her own people valued her honor more than their lives, so they stepped forward and did the deed themselves, at her command. As the flames rose, Shield Flower stood tall: she now had nothing left to lose.

Tears streamed down her face, and she screamed at her enemies, “People of Culhuacan, I go to where my god lives. My people’s descendants will all become great warriors, you will see!” After she died, the Culhuas washed her blood and ashes away, but they could not wash away the dread that her words had awakened in them. 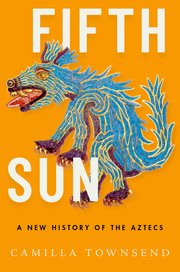 Camilla Townsend is Distinguished Professor of History at Rutgers University. She is the author of numerous books, including Malintzin's Choices: An Indian Woman in the Conquest of Mexico, Pocahontas and the Powhatan Dilemma, and The Annals of Native America: How the Nahuas of Colonial Mexico Kept Their History Alive (OUP, 2016), which won multiple prizes, among them The Albert J. Beveridge Award awarded by the American Historical Association.

Susan Orlean: 'We Expect Librarians to Be Everything to Everybody' 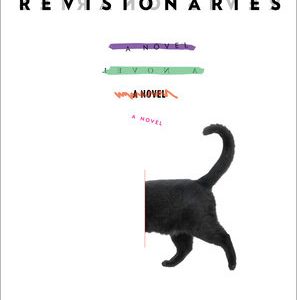 They cut all the loonies loose. They never told us why. And if they told any of the loonies why, no loony ever told me. Which...
© LitHub
Back to top
Loading Comments...