The Author of Trust Exercise Talks to Hamilton Cain

In her acclaimed American Woman, a finalist for the 2004 Pulitzer Prize, Susan Choi probed our enduring fascination with Patty Hearst, the enigma behind the Coke-bottle glasses, the clenched fist. Revolution is once again in the air. Trust Exercise, Choi’s dazzling new novel, unfolds in three acts, each titled “Trust Exercise,” blending a tale of illicit romance with Elizabethan revenge drama and po-mo smoke-and-mirrors, a defiant work that bends and warps from the inside out. Plus, there’s a #MeToo angle.

Trust her at your peril.

The first section revisits the early 1980s, a requiem for Reagan youth, evoking wine coolers and Ray-Bans, nights cruising a road to nowhere, FM radio blaring Joan Jett’s “Crimson in Clover”: Yeah, I’m not such a sweet thing. But this book ain’t no nostalgia trip. Choi brings the tricksy. In an already-iconic opening sentence—“Neither can drive”—we meet 15-year-old Sarah and David enrolled at CAPA, a selective performing-arts high school in “a vast Southern city . . . rich in land, poor in everything else.” David’s from a wealthy family while working-class Sarah lives with her mother in a labyrinthine apartment complex. They are studying theater under the charismatic and possibly predatory Mr. Kingsley. As he talks his students though a series of “trust exercises” meant to break down psychological barriers (one a groping maneuver in a pitch-black room), Sarah and David’s attraction ripples across their peers.

The next act flashes forward 14 years with a big reveal, which I won’t spoil here except to note that Trust Exercise changes course drastically; what’s come before has taken gross liberties, omitted crucial details, forced players off-stage. In this second “Trust Exercise,” Karen, an old CAPA friend, steps forward to confront Sarah and David and their buried myths. Karen’s a Karma Chameleon; she adapts her persona to her surroundings, seizing the plot for her own ends. And with the third act Choi fractures her story again, in a shocking yet inevitable twist: unreliable narration pushed over the borderline.

In the New York Times Dwight Garner pronounced Trust Exercise Choi’s best work, “psychologically astute . . . packed with wild moments of grace and fear and abandonment.” Another reviewer complained that the novel labors beneath the bloat of its own metafictions, “fatigue with business as usual.” Choi seems genuinely mystified and delighted by the passionate and divergent responses to Trust Exercise. She’d written in anger, bearing down on “interpersonal relationships” by cutting the surface into myriad prisms: Sally Rooney’s normal people as sketched by Picasso.

On a warm April afternoon Choi and I sit on a café patio in her Brooklyn neighborhood, sipping iced tea beneath a canopy of clear sky. “I can’t remember precisely when I started it—2012? 2013? My engagement was sporadic, combined with stretches of neglect. For a while it was just hanging out in my hard drive, accumulating, until Karen showed up, really pissed off.”

Trust Exercise plays with various genres, but it’s also a novel of place. Born in Indiana, Choi moved with her mother to Texas at the age of seven, after her parents’ divorce. Like her cast, she attended a prestigious performing-arts high school in the 1980s before matriculating at Yale, where she “tried a few things” until majoring in English literature. (She went on to Cornell for her Ph.D. but later switched to its MFA program.) She won’t identify the novel’s nameless city as Houston but she’s happy to opine on the real thing. As a teenager she was steeped in alternative culture: “Everywhere there was weird music, weird art, weird cool stuff—sculpture in yards, illustrated Tarot readings.” She visits family and friends there regularly. “Houston is interesting to observe as an outsider—it’s blown up, so many more people, so much stuff to do—but it’s always had a vibrant cultural life, really unconcerned with the coasts but also bound up with them somehow.”

As a portal into the city’s literary heritage she recommends Hiding Man, Tracy Daugherty’s biography of Donald Barthelme, who was a hybrid of New Yorker and Houstonian. I cite a couple of Houston natives and favorites, Rick Bass and newcomer Bryan Washington. Choi nods. “It’s a curious, inventive, welcoming city, while New York is all about capital and deliverables. While I love Brooklyn, my theory about Houston is that it’s 1,000 times easier to live there than here.”

She confesses a dream project: she would love to buy piles of ceramic tile, smash them to create a “crazy” mosaic. “I know the wall I’d hang it on.” She thinks she could carve out the time if she’d lived in Houston but laments that her current schedule is too hectic: she commutes to New Haven, where she teaches creative writing at her alma mater, while juggling the care of two adolescent sons. (She and her husband, Pete Wells, the restaurant critic for the New York Times, are separated.) And yet Trust Exercise is surely a mosaic of deceit, fused from narrative bits, calling into question the reader’s quaint notion of trust in an author. “Duplicity, or she’d rather call it storytelling, is her sole realm of inspiration,” Choi writes of one character, but she could be writing about herself.

Trust Exercise is surely a mosaic of deceit, fused from narrative bits, calling into question the reader’s quaint notion of trust in an author.

The novel’s pleasures are many—as Choi’s publicist tells me on the phone, “If you loved Lincoln in the Bardo you’ll love Trust Exercise” (check and check)—but it flirts dangerously with cynicism. It gives off a cold white heat. We’ve left Patty Hearst behind as Choi illuminates more intimate crimes. As with My Education (2013), which chronicles sexual adventurism and consequences within a university community, Trust Exercise showcases Choi’s eroticism, by turns searing and chilly, a neutron star.

She’s always been drawn to historical flash points, how quotidian lives intersect with broader, often brutal, events. Her debut, The Foreign Student (1999), merges personal transgressions with the Korean diaspora. A Person of Interest (2008) reimagines the career of Ted Kaczynski, the Unabomber, and of course there’s Hearst in American Woman.  When I ask Choi what new thing she learned while writing this novel, what distinguishes it from her earlier books, she ducks her chin, brows knotted, pensive.

“I had received what I thought were timeless, culturally neutral values about craft,” she says slowly, an academic inflection to her words. “I was carrying around very specific, culturally received ideas about art; extremely artificial, sentimental resolution for readers.” Her four previous novels end in reunions, with reconciliations “highly implied.” The characters complete each other: “this was the fairy tale I kept telling myself, a need for uplift.” Not this time. Despite its cool calculus Trust Exercise is a wrathful book. Perhaps the only overlap with her other novels was her composition technique: “Almost everything—including structure—is invented along the way, usually in response to specific problems.”

The novel also dares to grapple with class; both Sarah and Karen hail from broken, blue-collar families while David calls an affluent zip code home. “That’s what kept Kevin [her brother] and me fed and clothed,” Karen observes, “my father’s union job and his decency toward us.” I ask Choi why class is a third rail for many novelists. “We don’t know how to talk about class in this country,” she says, nodding again. “In just the past few years the conversation on race has been transformative”—here her eyes widen, her hands clasp into a ball—“one of the strange positives of our troubled era. I want to understand how to talk about class, but we’re hardwired to believe our national myths, such as meritocracy.”

By setting part of her narrative in a performing-arts high school decades in the past, Choi could be satirizing our own performative culture, where on-line bullying leads to suicide, a single Facebook post is a firing offense, and we’re all expected to chime in on the day’s scandale du Twitter. As Choi notes, “we no longer have private lives,” an irrevocable loss since the 80s, but she pushes back on the notion that Trust Exercise is a mural of our zeitgeist. “The culture of ‘CAPA’ felt so specific to me when I was writing the book—and so dated, in truth,” she says, leaning back in her chair. “I was trying to depict it to be far more of a lost civilization than a situation that might comment on our current culture. I’m grateful for these ‘big picture’ interpretations but really do believe they only attach to the novel, which for me was a very specific story about very specific people and experiences. I never set out to write something that would send a ‘big message’ and am pretty sure that if I ever did, the result would be tendentious and crappy.  I do think that universality resides in the specific, that readers are able to identify with and enter into stories that are extremely specific—once there, readers form their own interpretations.”

No ideas but in things. There’s movement in our fiction, too, away from the polished métier of a Bass or an Ann Beattie and toward the iconoclastic, the voice we hear above a choir of sameness, whether through exploration of a community erased from the literary atlas, or through sampling other genres. After two decades as a “writer’s writer” Choi needed to rethink her own playbook. With its layered sentences, damaged characters, and Fabergé-egg intricacy, Trust Exercise tells a larger story about the right to exercise or to withhold trust, and who gets to decide that right.

Hamilton Cain reviews regularly for O, the Oprah Magazine, Minneapolis Star-Tribune, Barnes & Noble Review, and Chapter 16, and is the author of a memoir, This Boy's Faith: Notes from a Southern Baptist Upbringing. He lives with his wife and three sons in Brooklyn. 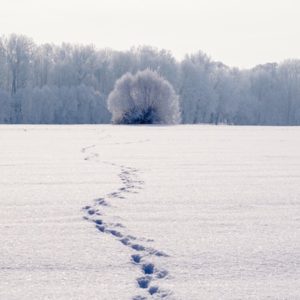 An Argument for Slowing the
F*ck Down with War and Peace You may have already forgotten, but a couple of months back, we were thrown into a so-called “state of emergency.” After...
© LitHub
Back to top