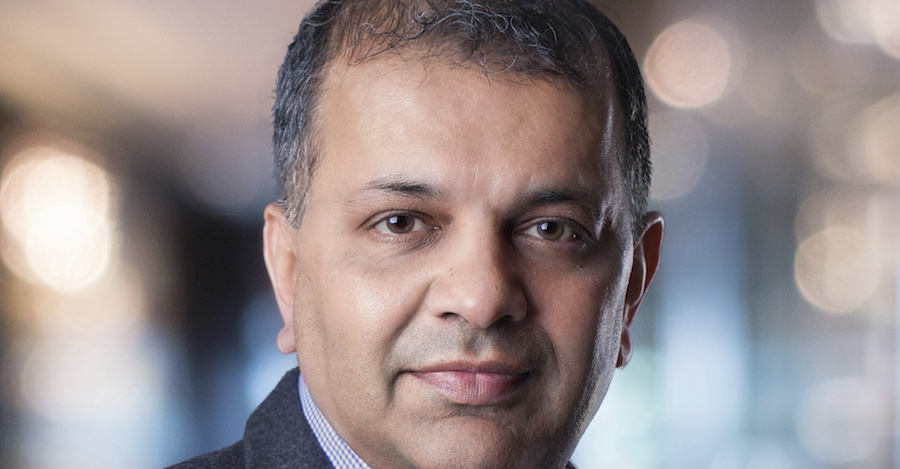 In 2005, the Indian-American journalist Suketu Mehta published his magnum opus Maximum City: Bombay Lost and Found, about his hometown, a vibrant megacity shaken by warring Muslim and Hindu gangs, pervasive corruption, and state-sanctioned violence. The book was nominated for the Pulitzer Prize.

While Mehta was working on a new book on immigration in New York City, Donald Trump made his explosive 2015 entry into the presidential race, calling Mexicans “rapists” and starting a racist, populist assault on American immigration.

Mehta, now a journalism professor at New York University, grabbed the only tools at his disposal—his storytelling and his vigorous, precise reporting skills. The resulting book is This Land is Our Land: An Immigrant’s Manifesto, a searing counterattack on the Trump Administration’s anti-immigrant and nativist propaganda. In his sharp and often witty book, Mehta shows statistics that crime is lower among immigrants, immigrants use fewer social services and even undocumented migrants pay taxes. It is also a personal polemic, for Mehta is an Indian immigrant with two native-born sons. Mehta’s angry book has a happy ending: Yes, the immigrants are coming, but they will make the United States stronger and better.

I spoke with Mehta, 56, by phone from his home in Manhattan’s Greenwich Village.

Dylan Foley: What was your “a-ha moment” when you decided you had to take on Donald Trump’s virulent anti-immigrant racism?

Suketu Mehta: It was when Trump talked in 2015 about seeing Muslims cheering the fall of the Twin Towers on 9/11. I had been in Brooklyn on September 11th. I walked down Atlantic Avenue, where there is a Syrian district. Hundreds, or thousands of Muslims were marching, saying the 9/11 hijackers were not them. The restaurant owners were nervous. In India, the steel gates come down during racial strife. On 9/11, on 9/12, 9/13, their restaurants were packed with New Yorkers saying, “You are us, you are not them.”

Trump is a new species of charlatan. He’s not just your grumpy conservative with mildly racist views. He is evil and needs to be fought.

DF: Your book is intensely personal, for you are an immigrant who came from India at 14 in 1977. How did this affect your writing?

SM: My family is here as a result of family reunification, which Trump would eliminate. This is an intensely personal book for me. Even though it is a political book, a polemic, it is a personal polemic. My claim to be an American, my children’s claim to be Americans, are being challenged at this moment. For the first time since I have been here, there is a section of the country that does not think of us as Americans. Their definition of “American” tends to be people who are white.

DF: Why was it your duty to attack Trump’s lies on immigration?

SM: A populist is above all a good storyteller. A populist can tell a false story well. The only way to fight this is to tell a true story better. It is the job of writers to take the numbers and to deliver them in a story. A spoonful of story helps the numbers go down. I put aside my book project in response to the present emergency. Writers have a dharma, a calling. I am using my storytelling to deal with the fear and hatred of outsiders in the US, Europe and even India.

DF: Your own immigrant story had a brutal beginning. What happened?

SM: I was sent to this Catholic high school in Queens with an incredibly racist student body. My chief tormentor was this German-American, much like our president. He once pushed me down the stairs. Trump could have been his father. It is no accident that Trump comes from the most diverse county in the United States.

DF: You open the book by going to a “friendship park” on the San Diego-Tijuana border. What was it like?

SM: It was the most heartbreaking reporting I have ever done. Families come up from Mexico and all over the United States where they are allowed to meet at this fence. They go up to this thick mesh and see a mother they have not seen in 17 years. They can only touch their pinkies. It is called a pinky kiss. You can only meet for 15 minutes. People were bawling, I started bawling. My notepad was a mess, with the ink running. “I could smell her,” they’d say.

The fence was next to a gate that used to be open, so family members could hug. A new border patrol section chief comes in and locks the gate. He’s in my book. He calls himself a Christian. He told me that God was “the first deporter-in-chief… that he threw Adam and Eve out of Eden and built a wall around it.” Look at the sheer stupidity of these rules.

DF: You went to the Mexican side of the border, to explore the roots of the Central American crisis. What did you find?

SM: We put 1.8 million guns in Honduras to arm the Contras in the 1980s. Seventy-five percent of the guns in Mexico are from the US. We emptied our prisons and sent tens of thousands of angry young men back to El Salvador and Honduras. There is a civil war going on down there and we have provided the combatants and the weapons. We buy their main product, the drugs.

I met a 23-year-old mother from Honduras with her little boy during the child separations last year. She had no interest in coming to the US before the gangs threatened her husband. I said, “They will take your little boy away.” She said, with tears in her eyes, “I would rather I never see him again and know he is safe, than to bury him in my home country.” That’s a mother’s love.

DF: How did set out to cover immigration in your book?

SM: I am turning the tables on the immigration debate. I am not asking how many immigrants we should let in. I am looking at it from the immigrants’ point of view. Why are they moving? What makes them leave their homes, their families and undertake these perilous journeys? Look at the story of the African couple in Morocco who is going with their newborn son in an inflatable dingy, so they take the dangerous journey across the Mediterranean. What makes their home country Guinea so unlivable, that they have to flee? That is because the rich countries stole their future. It is colonialism, war, climate change and inequality.

It restores your faith in humanity, when you meet these hardworking people. I call them ordinary heroes. Trump calls them rapists and murderers. The actual reality is they are heroic for what they go through. Ask a nanny or a cleaner you know from the Philippines or Honduras about their children back home and see how their faces soften.

DF: Have you had any personal anti-immigrant experiences recently?

SM: Hate crimes have spiked like crazy under Trump. My sister was in town and we went to Hoboken to celebrate the new Sikh mayor [elected in 2017]. That was one place we could feel safe, right? A battered car pulled up and a man started shouting “Allah Akbar” at us. I gave him the finger and he chased us into a restaurant. He stood outside screaming obscenities, then ran away. It wasn’t what he might do, but the sense of territoriality. They are pumped because one of theirs is in power. It’s their country and we are here on his sufferance. It is an attitude that comes from the top down.

DF: You have a comic take on how immigration changed your neighborhood of four decades, Greenwich Village. What has changed?

SM: I came to Greenwich Village when I was 18 to go to NYU and majored in Greenwich Village. I don’t like my new neighborhood. I wish they would go back to their country, these extremely rich people from Brazil, Los Angeles, and all over the country. My dive bars have disappeared, my bagel shops are gone and are replaced by places with exotic tasting-menus.

You can walk down from the Village, with its multimillion-dollar lofts to Chinatown, where you can rent a shift in a “hot bed,” where the bed is never empty.

DF: What do you hope comes from this book?

SM: I hope it lights a fire under people’s asses. I hope people get angry. In the whole debate on immigration, we are picking on the poorest and the weakest. There are mothers running through tear gas with babies in their arms. I want people to be angry on their behalf.

DF: Your angry book ends on a upbeat note. How?

Karl Marlantes on How Mythology Infuses His Writing 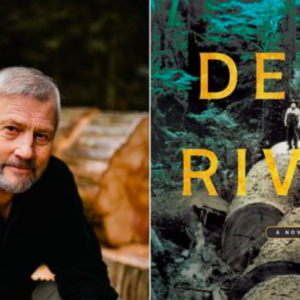 Karl Marlantes on How Mythology Infuses His Writing

This week on The Literary Life with Mitchell Kaplan, Karl Marlantes, author of Deep River, shares fascinating stories about...
© LitHub
Back to top