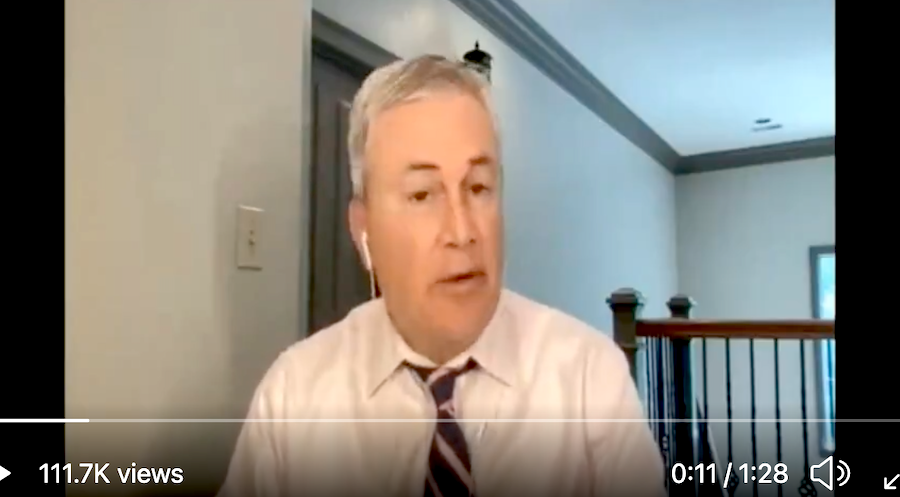 One should never be too surprised, these days, by the sub-literate, self-interested idiots who pass for members of the US Congress, but Kentucky Representative James Comer (R) is doing his best to get famous for the wrong reasons.

Yesterday, in a congressional hearing investigating the culpability of the Sackler Family in the ongoing American opioid crisis that has damaged millions of lives, Comer tried to preemptively discredit the expert testimony of writer and journalist Patrick Raden Keefe for… being a good reporter?

Comer, doing a very poor job reading from his notes (while seated in his upstairs hallway?), stumbles through some half-hearted barbs about Keefe and his book, Empire of Pain, which is a thorough accounting and indictment of the Sackler Family’s naked profiteering from the pain and addiction of others. Comer begins with the following scorcher, worthy of Dorothy Parker: “This hearing is a little different from the one we had in December. That’s [stumble] because this is the firsht [sic] meeting of the committee book club!” (At which point Comer looks up in expectation of laughs that will never come, ever.) You can watch here, if you’re looking for a little extra ire in your life.

This is what happens when Congress invites a brilliant, award-winning author in @praddenkeefe to testify about his years of reporting on the Sacklers and opioids — and the Republican ranking member, @RepJamesComer, decides to go after the witness for being an author. pic.twitter.com/ucRbA9oygF

Comer goes on to somehow suggest that because Keefe wrote a deeply researched, rigorously documented book about the Sacklers, his testimony is biased; also, that it’s all just a scam to make Empire of Pain a bestseller, a reward from Democrats to Keefe for his donations to them and “Stacey Abrams-linked groups [dogwhistle not shown].”

It’s really just embarrassing and Comer is plainly an idiot, but an idiot with one eye on his own donation stream. Again, undermining expertise by framing it as elitist chicanery has been part of the Republican playbook for 30 years, but this version of it, in the face of such cynical—downright evil—corporate greed, is hard to stomach.

Fuck this guy. Buy this book.