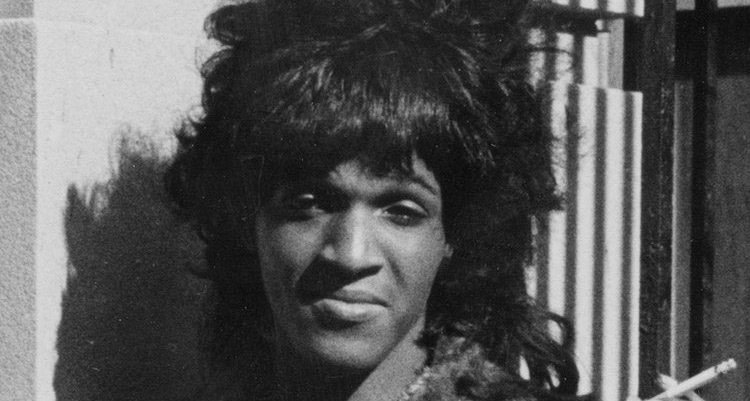 Stonewall’s Black Leaders and the Loneliness of Searching for Ancestors

Alexis De Veaux on the Creation of the Stonewall Story

This interview, which has been edited for length and clarity, was told to Corinne Segal.

I grew up in Harlem, not really knowing about black writers, especially black women writers. I was born in 1948, and they just were not popular figures. There certainly was Ann Petry, who’d written The Street, and Gwendolyn Brooks, but neither of them were household names. I didn’t learn about them until much, much later, and certainly well after 1969.

I think I always knew that I was attracted to girls, and later, women, but I did not have language for that. By that I mean that the language that I understood for that was always negative, always taboo. So I didn’t know any women who were “out,” though I did know of a woman in my neighborhood at one point who we knew as Miss Ruthie. Miss Ruthie was a very masculine woman who wore men’s suits and was known to carry a switchblade and always had the most gorgeous women around her and in spite of my mother’s warnings not to let her catch me going into Miss Ruthie’s house, that is precisely the place that I would go, I think then just to have company. There was never anything untoward in terms of Miss Ruthie and the young people that she let come hang out in her apartment. She gave us an early model, and yet I didn’t even know what she was a model for.

Before 1969, between Harlem and the Bronx, where we ultimately ended up moving, there really wasn’t, for me, any language or sense of being a part of any kind of community, or if there was, it was certainly not to be spoken. Whatever those feelings, they were there, they were largely not named, for me.

By the late 1960s, when I was going to college, I began to hear this word, “lesbian.” It was not a word that I understood was used in my community, such as it was in my black community, and certainly not in the Black Arts movement and the Black Power movement that I was growing up in. I wasn’t really comfortable with that term for many years, especially since I wasn’t comfortable having to put another word on it, black, to make it “black lesbian,” which I came to hear toward the middle of the 1970s. The struggle I think for me before 1969 was just, who was I and what were these feelings and were they “abnormal”? Would I die from this, this desire? And how to put it all together with this emerging black consciousness that has taken hold of me?

I became aware of the Stonewall revolution, and at the same time, I understood it as a white phenomenon.

I had gone to Cornell in 1967 and my black consciousness had been so developed there that I left, because I thought the black revolution was going to happen at any moment and I wanted to be in the streets with the people. I did not want to be held up in some Ivy League school. I dropped out of Cornell and came back to the city. I became aware of the Stonewall revolution, and at the same time, I understood it as a white phenomenon. So I took my black distance from it because it wasn’t involved with, as I understood it then, blackness. I know now, however, that there were many black and people of color who were critical to the Stonewall revolution. I didn’t understand it as such at the time, I think in part because those stories didn’t come out until later, or they seemed not critical to the telling of that history at the time, so I didn’t hear about Stormé DeLarverie, Marsha P. Johnson, or any of the people who were participating who were later critical figures in the revolution.

After I left Cornell and was back in New York City, waiting for the revolution to begin any day, I also had a sense, a better sense, that black women could become writers. That had not been something I grew up with, but the Black Arts movement had exploded nationally, if not internationally, and black women writers were some of the essential voices. I met the gentleman Fred Hudson who ran a writers workshop there and encouraged me to participate. It was there that I got to meet numbers of contemporary black writers of the day, everyone from Toni Morrison to Sonia Sanchez to Ed Bullins to Amiri Baraka and also James Baldwin. Baldwin was the only known queer writer who came to speak with us that I knew of. In that environment, in that very black-conscious environment, the only person who was helping me to think about an alternate sexual reality was Baldwin.

Stonewall did not have a direct and defining impact on me. It was something that I knew about, but the direct and defining impact came later when I was a bit older. I knew by my late twenties, certainly by the time I turned 30, that I was into women. I remember quite frankly announcing that fact to my mother, who was kind of nonchalant, and like, “I knew that since you were 15.” I said to her, “Why didn’t you say anything?” She said, “It wasn’t for me to say.”

Hindsight can be problematic because one can get into, I wish I knew that. And that’s precisely what happened when I did learn of the black people—black women, black trans people, people of color—that had been involved in that revolutionary moment [at Stonewall]. It pained me because I thought, damn, I wish I’d known about them. And then I began learning about them, I began just gobbling up whatever history was available in relation to them. It broadened my understanding of the multiple ways in which not just black women, but black people and black trans people, impacted the 60s and the 70s. Learning these histories I think sometimes are deeply painful but they also have shaped my understanding of the importance of being “out,” though as I have been fond of saying to people coming up behind me: younger people, you’re never just “out” once. Unfortunately, those of us who identify as gay or lesbian or trans or queer or any number of other identifications are constantly coming out in this culture.

I’m old enough now to know that nothing can hurt me by being out and nothing will hurt me by being closeted. That’s a path that I am able to walk because of these people who walked before me, even when they were walking in my own time, and I was unaware of them.

In many ways, the Stonewall revolution is still happening.

One of the problematics of language has to do with the notion of history as being the past. As a word, “past” is problematic because it wants to suggest that something has happened and that what happened is now over. But what we know now, and I think what I’m trying to write to now, is that time itself is a human invention, and given that it’s a human invention, one of the things that we can do, or one of the things I try to do in my own work, is to write against the notion of things happened, and therefore they are no longer happening. In many ways, the Stonewall revolution is still happening. There’s a public discourse around, for example, trans lives, or black queer lives, or Black Lives Matter. These are not new realities, these realities have always been happening. The Black Lives Matter movement began in 1619 with the introduction of African slaves to the New World and with the first African who said no, I don’t think so, it’s not gonna go down like that. That was now 400 years ago. We know too from the work of scholars like C. Riley Snorton that black trans people have existed throughout black and human history, so to talk about black trans lives now, as if it were a new thing, is to not understand how time has brought us to this understanding.

What I am trying to think about more and more in my own life and in my work is how the present holds the yesterdays and also the days to come, so that we think maybe time will liberate us from this notion that things happened, past tense, and therefore they’re over. I think it’s really essential that we, those of us who are thinking about these things, begin to articulate not only what time is, but the multiple ways in which time has been used against our understandings of resistance.

In some ways, the Stonewall revolution, as might be true of multiple revolutions of the 20th century, has been mainstreamed. We’re gonna hear a lot of stuff this year about Stonewall. But I suspect that there will be multiple stories around this moment and this particular pride that will sort of hype the mythology, and hype the visibility of Stonewall, but will not necessarily impact those lives in a way that will create meaningful change. How can we link the stories to Stonewall that give Stonewall context? How can I link my coming to black consciousness at the same time that I knew I had queer desire at the same time there was this revolution, that I was at the same time not visible in, and did not know of which I was a part?

Alexis De Veaux is the author of multiple books, including Spirits in the Street (1973), Don’t Explain (1980), and Warrior Poet (2004), a biography of Audre Lorde that received the Gustavus Meyers Outstanding Book Award (2004), the Lambda Literary Award for Biography (2004), and the Hurston/Wright Foundation Legacy Award, Nonfiction (2005). She also wrote the children's books Na-ni (1973) and An Enchanted Hair Tale (1987). She has collaborated with the visual artist Valerie Maynard and poet Kathy Engel on the digital project, “Are You Now or Have You Ever Been Terrorized?” and co-founded Lyrical Democracies, a cultural partnership aimed at communities interested in working with poets to enhance existing social projects, with Kathy Engel.

Stonewall and the Birth of San Francisco's Queer Poetry Scene 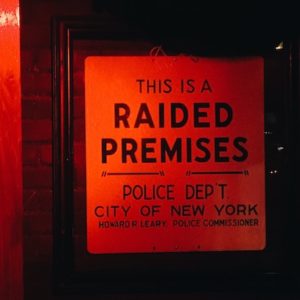 The summer of 1969 opened up vistas and strange dreams. There was the moon landing, the Beatles on the rooftop in London...
© LitHub
Back to top