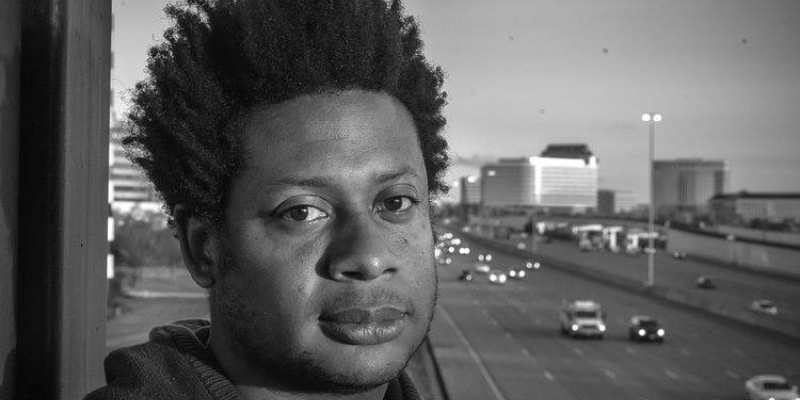 Steven Dunn is the guest. His latest novel, water & power, is available from Tarpaulin Sky.

Brad listi: How do you feel about it when people come up to you—I’m assuming, especially when you were wearing your Navy whites or whatever, people would come up to you and thank you for your service at the airport or whatever. Do you ever get that? How does that make you feel? And how does the average soldier relate to that? You guys must talk about it, right? How civilians treat you.

Steven Dunn: Some people talk about it. Let’s say with trusted people you could talk about it. With trusted people, you’re like, I don’t really like this shit, you know? I don’t believe it. Not everybody is a hero. So you can talk openly like that with some people. I knew quite a few people who felt like that, and I knew quite a few people who didn’t question it. They could have just gotten out of jail for beating their wife or whatever, but then go out in the street with a uniform on and somebody was like, thank you so much, hero. And they’re like, you’re right. You’re welcome. I am a hero. So, a lot of people love it. I feel like that’s the common thing. They really feel like they’re doing something important, so they think it’s deserved. Or they get upset when people don’t acknowledge that.

And then there are people like me and my few friends who are like, no, don’t tell me, please. I didn’t argue with people before. Like if someone says they’re praying for you, I’m like, oh, your intent is good. I don’t necessarily believe in God, but I thank you for your prayer. I used to be like that with people saying thank you for your service. I don’t believe it, but whatever. I appreciate it. You mean well. But I’ve started letting people know now, I don’t really like that. I don’t feel like it’s deserving. I probably spend too much time explaining it to people, but I just want to put that in people’s consciousnesses. That’s not okay all the time.

Brad Listi: What should people say? Just nothing, right, or what? It’s hard to know. If you’re talking to somebody who’s been in like a war theater or a combat and is back home, it’s weird for me because I tend to be predisposed to pacifism, and I’m not hugely in favor of armed conflict. I guess there are some instances where I could see it being justified, if there’s like an imminent threat to a large civilian population. I mean, it’s complicated.

I went through this with a cousin of mine who was in the Air Force. He was over in Kuwait during the Iraq war, and I was really worried about him. And I was very much against the Iraq war. I didn’t think the justification for bombing Iraq was there, vis a vis 9/11. I remember trying to walk that line between expressing concern for him and admiration for him but also being honest about my disdain for George W. Bush and Dick Cheney and the decisions they were making. You know what I’m saying?

Steven Dunn: Yeah. Yeah. Same with me, too. Even in the military, I felt that same thing. I helped put together a veterans anthology, and we were talking about this idea of service, and one woman said, I feel like y’all do about saying thank you for your service. I don’t want to see it, but I also want to show my concern. So I just tell people like, hey, I’m glad you’re home. Or like, I’m glad you made it home. I was like, wow, that’s caring, but it’s also not putting false hero worship on people. So I was like, that’s good. I like that one.

What about what you learn about people? I think from a writerly perspective that you must get so much material from your military experiences, like enough to sustain you for many books. Not just writing about explicitly military things, but just writing about the people you meet because you’re working in such close quarters with people from a variety of different backgrounds. Can you talk a little bit about that experience? What is the racial situation in the military? The optimist in me wants to believe that it’s better because you’re sort of depending on one another for your safety. Is there a more egalitarian culture in the military than might exist elsewhere in civilian quarters in America? Or is that a fallacy?

Steven Dunn: I think on the surface it is. Or like institutionally. The military was the reason a lot of black people moved into the middle class after World War II. So functionally, it is. But I think socially, it’s pretended to be, because you depend on each other. So, often, white people will ignore the very real racist things that black people have to deal with because they think it’s egalitarian. They think it’s all equal because “we’re getting paid the same, we’re treated the same.” But you see favoritism shown in everything, and it usually has something to do with race. Often.

And if there’s more than two black people sitting together, some white dude can totally come up, like, “If it’s more than two of y’all, it’s a gang.” It’s a funny joke, it could be a joke, but there’s something very real behind that, too, that may not always be funny. So there’s a liberty-taking with racial things as far as jokes because they think it’s all equal and ignore it. Somebody I was in the military with, they heard me on an interview talking about the racism; they were like, “I was in the military with you. You didn’t experience racism!” I was like, okay, thank you for telling me that.

Shortlisted for Granta magazine’s “Best of Young American Novelists,” Steven Dunn is the author of two books from Tarpaulin Sky Press: water & power (2018) and Potted Meat, which was a co-winner of the 2015 Tarpaulin Sky Book Awards, a finalist for the Colorado Book Award, and has been adapted for a short film entitled The Usual Route, from Foothills Productions. Steven was born and raised in West Virginia, and after 10 years in the Navy he earned a B.A. in Creative Writing from University of Denver. 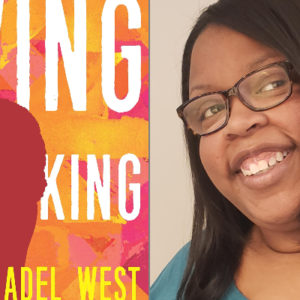 In Saving Ruby King, a moving debut novel, Catherine Adel West gives each character a voice, but the voice that binds all of their...
© LitHub
Back to top