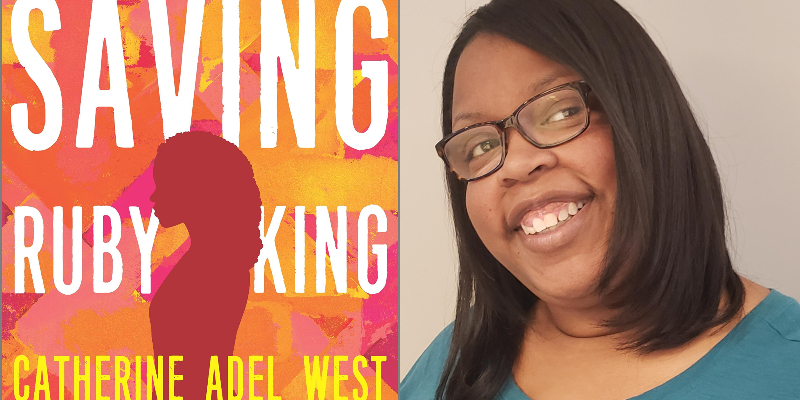 Catherine Adel West in Conversation with G.P. Gottlieb on the New Books Network

In Saving Ruby King, a moving debut novel, Catherine Adel West gives each character a voice, but the voice that binds all of their lives together is that of the Calvary Hope Christian Church, objective witness to the complex ties between Ruby’s grandmother and her two friends, between Ruby’s father and Layla’s father, and between Ruby and Layla. In precise, lyrical writing, West delves into each of their secrets while exploring intergenerational trauma, racial injustice in Chicago, and the power of friendship.

G.P. Gottlieb: What interested you about Ruby’s relationship with her father?

Catherine Adel West: I wanted to explore Black father-daughter relationships, one that was somewhat healthy, being Layla and Jackson’s relationship, but it still had its challenges; and one that was just totally toxic and unhealthy. I think for me, the most interesting things exploring the relationship between Lebanon and Ruby were the intersection of generational trauma and the secrets that caused generational trauma, and how that fully affected Lebanon, and how he dealt with Ruby in terms of love or lack thereof. He was never really able to express it. As a matter of fact, Lebanon comes across as a very angry person, but there are reasons for why he’s so angry and why he imparts that anger on others, either physically or verbally.

It was interesting to explore Ruby and her reactions to that because I just felt there needed to be a somewhat realistic portrayal of what happens when that chain of intergenerational trauma is not broken, and when it’s left up to the present generation to try and figure a way out of a very deep, dark phase of psychological and heartbreaking secrets that haven’t even been, say, revealed to Lebanon. He doesn’t know all the reasons why he is the way he is, and therefore Ruby doesn’t know why her life is the way that it is in a lot of respects.

Catherine Adel West graduated with both her BA and MA in journalism from the University of Illinois, Urbana-Champaign. Her work has been published in Gay Magazine, Black Fox Literary Magazine, Five2One, Better Than Starbucks, and others. Catherine was born and raised in Chicago. Saving Ruby King is her debut novel.

G.P. Gottlieb is the author of the Whipped and Sipped Mystery Series and a prolific baker of healthful breads and pastries. Please contact her through her website (GPGottlieb.com) if you wish to recommend an author (of a beautifully written new novel) to interview, to listen to her previous podcast interviews, to read her mystery book reviews, or to check out some of her awesome recipes.

Before the Ever After by Jacqueline Woodson, Read by Guy Lockard 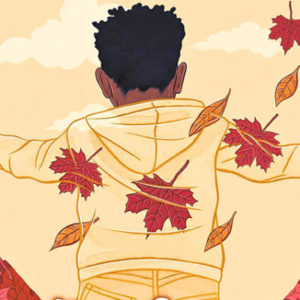 Before the Ever After by Jacqueline Woodson, Read by Guy Lockard