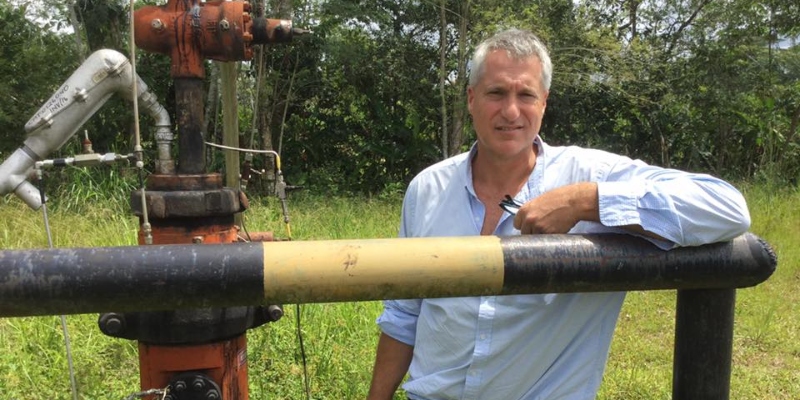 Steven Donziger on the ‘Amazon Chernobyl’ Happening in Ecuador

On Episode 157 of The Quarantine Tapes, Paul Holdengräber is joined by lawyer Steven Donziger for a two-part conversation. Steven tells the staggering story of his role in bringing a successful case against Chevron for their deliberate pollution in the Amazon, and Chevron’s subsequent case against him that has led to Steven living under house arrest for more than 500 days awaiting a trial.

Steven breaks down how his case reached this point and why he feels he has been unable to get a fair trial. Postponements due to COVID, judges with conflicts of interest, and a lack of media attention have all played a role in this extraordinary case. Steven calls himself a canary in the coal mine for other human rights lawyers and environmental activists who could be affected by the precedent set in his case.

Steven Donziger: What really is happening is Chevron is doing violence to their culture, and they’re really destroying their culture by dumping toxic oil waste onto their ancestral lands such that they can no longer sustain their existence as they knew it. And by the way, there’s a word for this. It’s called ecocide. Which is a new type of crime that describes a situation where some corporation or some government deliberately destroys the natural environment to such a degree that the people living there can no longer survive, and they die. That’s ecocide.

Steven Donziger: Exactly. It’s an atrocity crime. By the way, it hasn’t been accepted yet by international law, but there’s a movement globally among some of the world’s leading atrocity crimes scholars to make the type of thing that Texaco and then Chevron engaged in an international crime punishable under international law. And what Texaco and Chevron did in Ecuador, to me, is the very definition of ecocide, which is deliberately destroying the environment knowing that the people who live in that environment and depend on it will die, will not be able to survive. That’s ecocide, and it really is what happened at Chevron Sands in Ecuador, in my opinion.

Paul Holdengräber: If this pollution had happened, let us say, in Europe or in the United States, how do you think the case might have played out differently?

Steven Donziger: That’s an interesting question. First of all, I don’t think it would have happened the same way. I’m not saying oil companies aren’t capable of significant acts of pollution in the US or Europe. They are. We have a record of that. But to openly, notoriously, brazenly, systematically build pipes to dump four million gallons of benzene-laden cancer-causing water production that comes out of the oil wells into rivers and streams that people drink out of to survive—I mean, that’s an act of audacity that I don’t think you would see in countries that have regulatory systems to at least deal with that in some sort of even modest degree.

This is the worst oil problem in the world. It’s called the Amazon Chernobyl. And the fact it was done deliberately, it was not an accident. Remember the BP accident, the Gulf of Mexico? That was in 2010, Deepwater Horizon. That was terrible, and BP has paid 50, 60 billion in damages and fines. But that was an accident. This is a product of deliberate design, and Chevron has yet to pay the first dollar to the people at harm. I believe that if they had done this in the United States, their executives would have been prosecuted criminally and probably put in jail, not to mention the fact they would have been forced to pay compensation to the thousands and thousands of people they harmed.

Steven Donziger is a renowned advocate, writer, and public speaker with a focus on addressing human rights abuses and corporate malfeasance. He is part of the team working with indigenous and farmer communities in an area of the Ecuadorian Amazon rainforest suffering from high cancer rates and other health ailments related to the massive oil pollution caused by Texaco, now owned by Chevron. In 2011, the affected communities won a historic $9.5 billion judgment against Chevron for the environmental cleanup of what experts consider to be one of the worst oil-related catastrophes in the world. Known for his “Herculean tenacity” (Business Week), Steven has represented the affected communities since first visiting the region in 1993.

Steven also founded Project Due Process, a legal advocacy group for Cuban detainees who arrived in the United States in the Mariel boatlift. He is the former director of the non-partisan National Criminal Justice Commission that in 1996 produced the landmark study, The Real War On Crime, published as a book by HarperPerennial. Steven’s analysis and commentary on human rights, environmental, and criminal justice matters has been featured in numerous legal publications, academic journals, and news outlets.  He is the former chief correspondent for United Press International in Nicaragua, where he reported for a variety of publications during the U.S.-backed contra war. After graduating from Harvard Law School in 1991, Steven worked as a trial attorney for the District of Columbia Public Defender Service. He currently serves on the Board of Advisors to the Fortune Society, the largest self-help organization for ex-offenders in the United States.

In 1991, Steven led a mission to Iraq of lawyers, public health specialists, and military experts to assess the impact on civilians of the bombing during the first Gulf War.  The group’s report, which found that an estimated 100,000 children would die following the cessation of hostilities because of damage to the Iraqi health care infrastructure, was adopted by the United Nations and attracted coverage in more than 400 newspaper and media outlets throughout the world. Steven lives in New York City with his wife and son. (Note: In July 2018, consistent with the retaliatory litigation campaign described in the accompanying video, New York bar authorities suspended Steven’s license to practice law in New York. Steven is not currently practicing law in New York.) 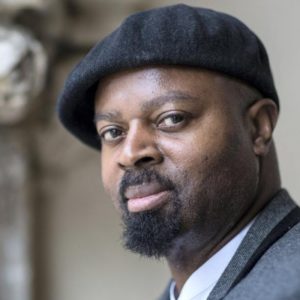