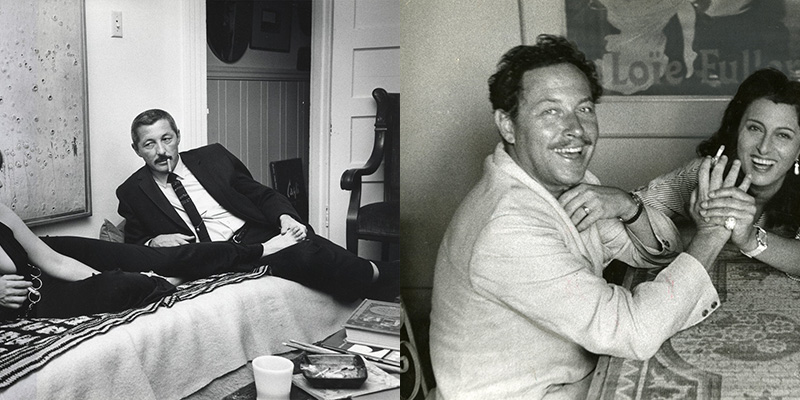 Journalist and biographer Steve Paul and writer and Washington University professor Henry Schvey join host Whitney Terrell live from the Unbound Book Festival in Columbia, Missouri, to discuss their books on novelist Evan S. Connell and Tennessee Williams, respectively. Each of the old masters was from Missouri—Connell from Kansas City and Williams from St. Louis. Paul and Schvey talk about how, though neither man was happy about his city of origin, those locations factored importantly into their work. Finally, they take questions from the live audience at Unbound.

Hemingway at Eighteen: The Pivotal Year That Launched an American Legend • Literary Alchemist: The Writing Life of Evan S. Connell

Blue Song: St. Louis in the Life and Work of Tennessee Williams

Whitney Terrell: It was really interesting for me to think and read about these books next to each other. Tennessee Williams lived in St. Louis from 1918 to 1938. Connell was born in 1924. And in his novels, Mrs. Bridge and Mr. Bridge wrote about Kansas City in the 1930s. There are plenty of differences between the writers, but one similarity seems to be that they both really did not like the cities that they lived in. And they were in a big hurry to leave all of us Missourians behind. Why? What is so terrible about us? Let’s start with Henry.

Henry Schvey: Well, there are plenty of reasons why. But before I mention the reasons why Tennessee Williams hated St. Louis, and in fact called it St. Pollution, was the fact that it left its imprint on him very distinctly. That really was the purpose of my book. Williams made it very clear that he wanted no part of St. Louis. But as with many things like this, the city was not done with him. And the book keeps reinforcing the fact that the images of St. Louis, notably his parents and his sister, resurface throughout his work, and in some ways, it’s a kind of compulsion.

So in terms of Whitney’s question, about what he didn’t like, just some brief points that probably need to be stated. Williams was born in 1911 in Columbia, Mississippi. Those early years were spent in Clarksdale, Mississippi, which he idealized throughout his life. So he saw himself as a Southern writer rather than a Midwesterner. And when they moved to St. Louis, it was in 1918, they moved from the tiny town of Clarksdale to the big city. And it was a shock, an absolute shock. They came in July of 1918. And the reasons that they moved here are important in terms of Williams’ biography, because his father obtained a position as a manager at International Shoe Company.

And so the family was, in some ways, cast out of Eden. They had been living in the rectory of his grandfather’s home where both Tom and his sister Rose were sort of spoiled, pampered children of the rector. And they moved to a big city in which nobody knew them, and they knew nobody, but most importantly, they were thrust upon their own resources as a nuclear family. There were no grandparents present to assuage the tensions that lay in the household. The father, Cornelius Williams, had been on the road most of the time during the Mississippi years. And when they came to St. Louis, he stayed at home. And that was for the worse.

And so the familial tensions were almost unbearable throughout the time in St. Louis. And, of course, Williams was picked on as a Southern child, because of his accent and somewhat effeminate mannerisms. He was ridiculed by his own father as “Miss Nancy” at home. And so in his primary school, particularly, he didn’t find it easy. And the other important reason why he hated it here, I think, was that his mother basically told him to hate it. His mother was a kind of Southern belle, although she was born in Ohio. But she also reinforced the image that St. Louis-ians were smug and snobbish. And that lesson was taught from a very early age to both her young children. And so you find in a lot of what Williams wrote about St. Louis, almost a kind of echo chamber of what his mother had told him. So that, in short, tells you about the prejudice that he felt in St. Louis. That’s probably enough to start the ball rolling.

Whitney Terrell: Thank you, Henry. In the competition of who disliked their own town more, where do you think Evan S. Connell falls?

Steve Paul: Evan Connell had a complicated relationship with Kansas City, but not nearly as polluted a relationship as Henry writes about Williams and St. Louis. Connell grew up in and was born in Kansas City; his father was a prominent doctor. He had a very comfortable childhood, even in the Depression years when the family didn’t seem to suffer. You know, it was an upper middle class existence. He was pampered. But he was also, if anyone has read Mrs. Bridge or Mr. Bridge, the two novels that encapsulate that time period and families somewhat like his own, not entirely, he borrowed a lot from friends and other people… But the family was emotionally bereft. His parents hardly ever expressed love. His father worked day and night and didn’t see his children all that often. But, Connell came out of Kansas City relatively unscathed.

Where it gets complicated is he graduates just on the verge of World War II; he goes off to Dartmouth with the thought that he would follow his father in the medical profession. Well, that’s what his father thought. I don’t think Connell ever thought he was going to do that. In fact, when he flunked chemistry and spent too much time playing pinball at the local pub in Hanover, New Hampshire, he pretty much figured out he was not going to become a doctor.

But he did enter the Navy, became a pilot trainee and then a pilot trainer. He never left the country during the war, spent three years in the Naval Air Corps, came back to Kansas City after that. It was a little surprising. He had been exposed to New Orleans and Florida and Albuquerque, and so he was tempted by some of these places. But he wanted to finish his college degree, and he went to the University… I’m sorry, you might have heard of this school in Lawrence, Kansas… He went to KU. He’s a Jayhawk. He spent about a year and a half there. Fascinating period. In my research, I discovered he contributed to a campus humor magazine and drew sketches, many of which were of scantily clad women. But, anyway, he couldn’t wait to get out of there.

On the GI Bill, he ended up doing grad school, first with Wallace Stegner at Stanford and then Columbia. But one of the things that comes clear, and Connell returned from time to time for family events, the death of his mother, for the making of the movie, Mr. and Mrs. Bridge, which was kind of a nostalgic period for him.

But he famously said in the early ’70s, after living in San Francisco for about 15 years and then Sausalito and then Santa Fe for the last 20 years of his life. He never felt himself a Westerner after all that and confessed at some point that really he was a Midwesterner through and through. But what he famously said in the early ’70s, when he was back in Kansas City scouting a possible movie project, he said: You know, in San Francisco, I can go to a party and meet all sorts of different people. When I’m back in Kansas City, or in Kansas City, I go to a party in Mission Hills, which is the swanky suburb on the Kansas side of Kansas City.

I go to a party in Mission Hills, and I only meet Mission Hills people. He was very conscious of the race issue in Kansas City, racial conflict. And, as I’ve written in this book and elsewhere, race becomes a really interesting thread in his connection to Kansas City and something that he was repulsed by, by his father’s generation’s attitude towards race.

Steve Paul worked for the Kansas City Star for 40 years, as a reporter, writer, and editor. He is the author of two books, including Hemingway at Eighteen: The Pivotal Year That Launched an American Legend. He lives in Kansas City, Missouri.

Henry I. Schvey is Professor of Drama and Comparative Literature at Washington University in St. Louis and the author of three books, including Oskar Kokoschka: The Painter as Playwright. He lives in St. Louis, Missouri. 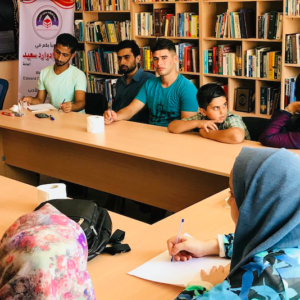