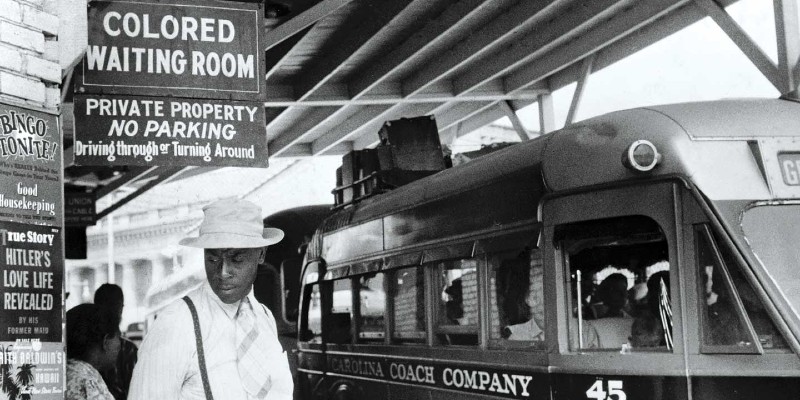 Steve Luxenberg on the Supreme Court’s Reliance on Precedents

In this episode of Just the Right Book with Roxanne Coady, we revisit our conversation with Steve Luxenberg as he discusses his latest book, Separate: The Story of Plessy v. Ferguson, and America’s Journey from Slavery to Segregation, out now from WW Norton.

Roxanne Coady: The presumption would be you’ve got all these northerners. They’re Republicans. They’re the party of Abraham Lincoln who fought the Civil War and signed the Emancipation Proclamation. So how is it that their judicial thinking would come to the conclusion that separate, because the word segregation wasn’t a term used then, separate but equal was in line with the terms of the 14th Amendment? How did they thread that needle?

Steve Luxenberg: Well, we have to go back to the Civil War and the end of the Civil War. The most important politicians in the country in 1865 to 1875 did not reside in the White House. They resided in Congress where senators like Charles Sumner of Massachusetts, Senator Lyman Turnbull of Illinois, these were the leaders of the radical Republicans who were trying to enact these new amendments that, as Eric Foner the historian has said, were a second revolution for the United States. The first constitution was the one that had three-fifths of a person embedded in it as a compromise to the South to give them more political power. The 13th, 14th, the 15th Amendments, mostly the 13th and 14th, get rid of that three-fifths clause and substitute instead the 13th Amendment, which is the abolition of slavery and the banning of any badge of servitude. The 14th is equal protection and due process, and the 15th is voting rights for black men. And I stress black men, not black women or any woman. But those three amendments taken together totally changed the nature of the country and increased the anger, fear, and resentment of Southern whites. You cannot underestimate how angry, how violent, how much intimidation, how much threat… lynching begins within ten years after the passage of these amendments. This is the cauldron in which separation is coming to pass.

Roxanne Coady: Because they lost the war, but it doesn’t mean they bought in to the notion of the North.

Steve Luxenberg: No, they didn’t buy it at all. And in fact, you know, today you can find people who want to call it the war of Northern Aggression. But more importantly, I think, is that they weren’t permitted to vote. The ones who were the leaders of the Confederacy, who were Confederate officers, they were banned from rewriting their own constitutions in each of the states before the states were allowed back into the Union. And so they felt disenfranchised and they reacted by creating, among other things, the Ku Klux Klan. They reacted by threatening and committing violence against people of color. They reacted by voter suppression. They reacted by trying to reduce the numbers of blacks so that whites could continue to be in power. And that’s the cauldron in which this happened. So you ask about the Supreme Court threading the needle. The Supreme Court in the 19th century is very different than the Supreme Court that we are used to today.

Now, imagine if I polled the audience and I said, give me one phrase that you think of when you think of Supreme Court, some of you would say five-four, liberal-conservative. Not in the 19th century. All nine men are white and they’re all male. All nine are believers in property rights. They all come from the same class. They all are educated. They all are wealthy. They see the world in much the same way. Some of them are Democrats. Most of them are Republicans. But it is not a heterogeneous court in any way. And so they they are worried about their legitimacy. So worried that there are some terms where there are zero five-four decisions. Maybe there’s a six-three. Sometimes there’s a seven-two, but mostly 90 percent of their decisions are unanimous.

Now, they’re not dealing with the kind of contentious issues that today’s Supreme Court deals with. Civil rights legislation is relatively new. Therefore, civil rights lawsuits are relatively new. So they don’t have a lot of them. But the three that they get in the 1870s and 1880s all lead toward a very, very narrow view of the 14th Amendment, not the more expansive view that we are used to today. They take very seriously the clause. No state can abridge the civil rights of its citizens. Well, if a state is not involved, then what are you talking about? There’s nothing to talk about. We’re done here. So they would not allow the Civil Rights Act of 1875 to apply to individuals. So if a theater owner bars a person of color from sitting in the white gallery or bar is a person of color for riding on the railroad train, that’s not a violation of the Fourteenth Amendment because it’s just an individual practicing discrimination. Maybe morally abhorrent, but that’s not their problem.

Roxanne Coady: And not the goal of the federal government to protect their citizens?

Steve Luxenberg: Not in that era as they interpreted it. So by 1896, they’re not really threading the needle. They’ve threaded the needle already. And Plessey just fits into it just like all the other cases that came before. Thus, the precedents that we always hear about the Supreme Court cares about precedent.

Roxanne Coady: But, you know, the issue of precedents… one of the things that was striking to me in in thinking about Plessy vs. Ferguson or even Dred Scott, although that was obviously decided in the 1850s… This notion that we feel certain about today that Supreme Court precedents is what we want our justices to honor. Yet when you read a case like Plessy vs. Ferguson, you think, well, that was a case so of its time. Why should that have precedent?

Steve Luxenberg: Well, the court was very careful in Brown vs. Board of Education in 1954 not to say they were overturning Plessy, although they effectively do. And they cite the case and they say that it was decided in a way that they are now going to decide differently. But, you know, when I heard Senator Susan Collins say that when she had a visit from Brett Kavanaugh, that she felt more comfortable with his nomination because he said Roe vs. Wade is settled precedent. He didn’t say he agreed with it. He didn’t say he didn’t agree with it, but he said it was settled as precedent. My ears, as the author of Separate, is what if a Supreme Court nominee had said to a senator in 1950, Plessy is settled as precedent. Don’t worry about that. We would still have Plessy. So I’m glad that the Supreme Court will take another look at a case that, in our view today, is decided wrongly. This means this is encouraging to me. I don’t want the Supreme Court to only pay attention to precedent; I want them to rethink.

Steve Luxenberg is the author of Separate: The Story of Plessy v. Ferguson, and America’s Journey from Slavery to Segregation and the critically acclaimed Annie’s Ghosts: A Journey into a Family Secret. During his thirty years as a Washington Post senior editor, he has overseen reporting that has earned numerous national honors, including two Pulitzer Prizes. Separate won the J. Anthony Lukas Work-in-Progress Award. He lives in Baltimore, Maryland.

Kaitlyn Greenidge and Russell Banks: On the Past and Present of Protest and White Backlash 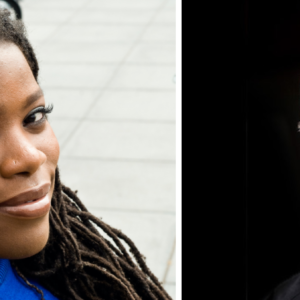 Kaitlyn Greenidge and Russell Banks: On the Past and Present of Protest and White Backlash

In this episode, Fiction/Non/Fiction co-hosts Whitney Terrell and V.V. Ganeshananthan are joined by acclaimed fiction writer...
© LitHub
Back to top