Steve Almond on Interesting Writing: “My Job is For it Not to Be a Trick”

Steve Almond is the guest. His new book, William Stoner and the Battle for the Inner Life, is available from Ig Publishing.

Almond is the author of ten books of fiction and nonfiction, including the New York Times bestsellers Candyfreak and Against Football. You can check those out here. Last year, he published Bad Stories, a literary investigation of what the hell just happened to our country, which he wrote to keep from going crazy. (You can find his latest rants

Steve Almond: When I teach, I’m lucky enough to be able to teach Joan Didion, Nora Ephron, and David Foster Wallace. I teach a population of journalists, like I write about in the book, all far more accomplished as journalists than I am, which is not a high bar but they are real bad-asses in their world. I get to say to them, what about all the memories, all the quotes, and all the things that you have seen that are in the portal of your past that don’t fit in the narrow margins of your institutional work? What about those experiences? How can you recollect them and pluck meaning from that rush of experience? That’s all that those great essayists are doing.

I think the trick is, and I’ve thought about this for a while: they are more interested in what they are looking at, whether it’s their own experience or a question. You know, David Foster Wallace goes to the Maine Lobster Festival and becomes preoccupied with a basic moral and ethical question. Is it okay to torture an animal and then eat it for our own gustatory pleasure? He just becomes more interested in that, while Nora Ephron is more interested in how gender was defined and how growing breasts was the only thing that convincingly makes her female in the culture that we live in. That becomes more interesting than anything else in the ego drama of, am I good writer or interesting to the reader.

I feel like so much of what I’ve realized about trying to write is that when I am engaged every bad decision at the keyboard is born from insecurity, and that insecurity takes a very interesting form. You get preoccupied with a question of your own worthiness and whether you’re interesting, and that distracts your attention from where you’re supposed to be, which is the struggle that you’re writing about whether it’s in your own personal experience or disguised somehow with fiction and the struggle of your characters. That leads to every variety of bad decision.

My job is for it not to be a trick, but to genuinely be more interested in what I’m writing about, in this case Stoner and everything that novel opens up in me and around me than whether I’m entertaining the reader. That being said,  I do think it’s interesting that you’re 20 pages from the end and in an experiment with how you read, how deeply you read, and how you talk about that in the podcast, I want to say, read the last 20 pages and let me know what you think because as much as I’m trying to think about things and put my mind on the page, the last 20 pages is the most personal thing that I’ve written because it goes deeper into my mother’s death, my own complicated feelings about death, and what we’re up to on the planet in a way that is certainly about the culture at death but really has to do with the inner life and private set of yearnings, fears, and desires that we’re carrying about and experiencing all the time whether we like it or not.

Brad Listi: That honors the book that your book is built around or grappling with. I feel that Stoner is a portrait of a man who confronted with a lot of those same concerns. It’s not necessarily a happy book—and I have to confess that I have not read Stoner—but your book has made the sale. It’s a book that I’ve known about for a long time; it’s on that list of books that I know that I should read. You really bring it to life and make a compelling case for why it’s great literature.

"If Something Is Free the Product Is You" 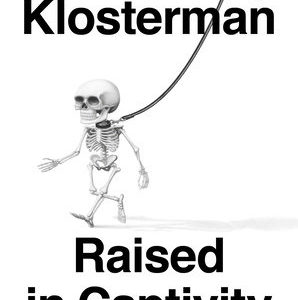 "If Something Is Free the Product Is You"