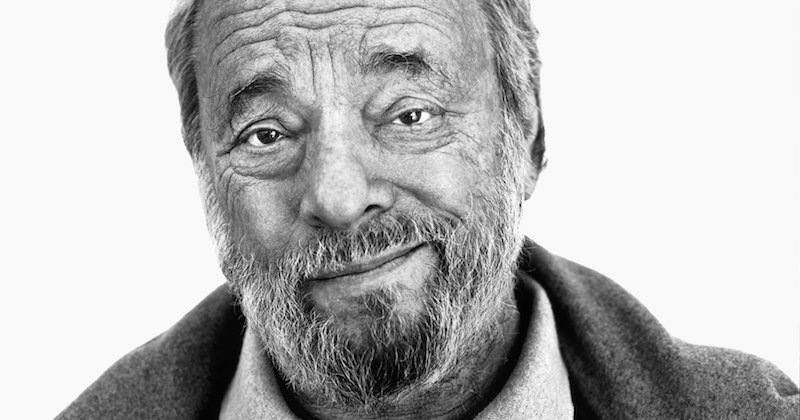 Stephen Sondheim is working on a new musical—with David Ives.

Here’s a new “Shakespeare wrote King Lear in quarantine” for you: Stephen Sondheim just finished a new musical. In an interview last night with Stephen Colbert—a lifelong Sondheim fan who played Harry in New York Philharmonic’s 2011 production of Sondheim’s Company—Sondheim revealed he’s been working on a new musical with playwright David Ives called Square One. (It can be safely assumed that Square One is the new Sondheim musical for which Nathan Lane and Bernadette Peters just did a reading.)

Here’s what Sondheim said about Square One (he didn’t reveal much):

I’ve been working on a show for a couple of years with a playwright named David Ives, and it’s called Square One, and we had a reading of it last week, and we were encouraged. So we’re going to go ahead with it, and with any luck, we’ll get it on next season.

For theater enthusiasts, Square One is an ambitious crossover event. Stephen Sondheim is widely regarded as the best musical theater composer/lyricist of all time; David Ives (Venus in Fur) is best known for his humorous one-act plays performed at high schools and colleges around the globe. (Think existential sketch comedy.) Like Sondheim, Ives loves to play with language and twist phrases around; sometimes his one-acts are entirely wordplay-based. The Square One news begs the question: what does an Ives/Sondheim collab look like, tonally? And please, do Bernadette Peters and Nathan Lane get to play humans? Happily, if Sondheim and Ives “get it on next season”, we won’t have to wait long for answers.

You can watch Sondheim’s whole interview, which spans many topics—from Company returning to Broadway to the joys of collaborating with James Lapine—below: