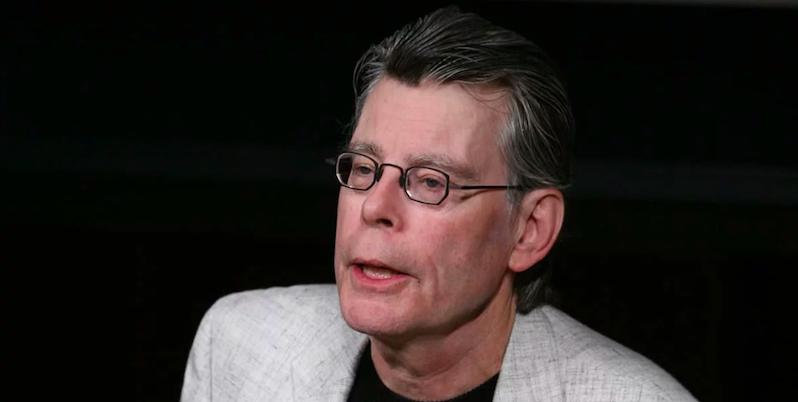 Stephen King would “never” consider diversity when judging movies and he sure wants us to know it.

Good morning, everyone! It’s Tuesday, the Oscars are still racist, and Stephen King has some stuff to say!

Apropos of nothing at all—apart from what we can only presume was the crushing sense of responsibility felt by all white men who sense that someone, somewhere, is talking about diversity and their input is required—King tweeted on Tuesday that he would “never” consider diversity when weighing the quality of a film.

As a writer, I am allowed to nominate in just 3 categories: Best Picture, Best Adapted Screenplay, and Best Original Screenplay. For me, the diversity issue–as it applies to individual actors and directors, anyway–did not come up. That said…

…I would never consider diversity in matters of art. Only quality. It seems to me that to do otherwise would be wrong.

This take, the “I don’t see race” of tweets, did not go over well with followers who pointed out that his viewpoint, that of a white man, is not necessarily universal, that no one is immune to the effects of implicit bias, and that, in fact, it is possible to consider both quality and diversity. It is 2020, the phrase “the diversity issue” is compartmentalizing and paternalistic, we have been having this conversation for a long time, and everyone is tired:

When you wake up, meditate, stretch, reach for your phone to check on the world and see a tweet from someone you admire that is so backward and ignorant you want to go back to bed. https://t.co/nPXOeAebkb

A couple of hours later, King tweeted that “The most important thing we can do as artists and creative people is make sure everyone has the same fair shot, regardless of sex, color, or orientation.” Yes, and maybe that could have been the original tweet! Instead of—or perhaps after—throwing yourself into the rage cycle that will eventually destroy us all, though, go read Franklin Leonard’s alternate history of this year’s nominees in The Washington Post.