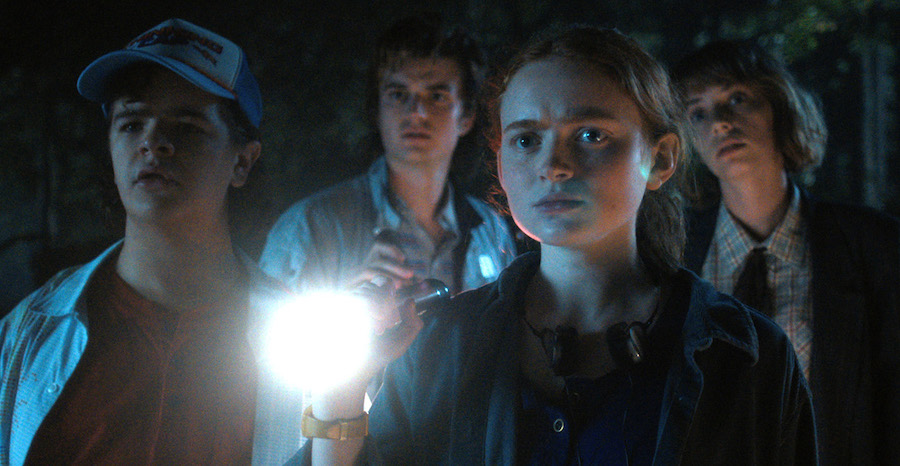 Stephen King has some thoughts for the writers of Stranger Things.

One of the nice things about Twitter (I guess?) is that anyone can talk to anyone… which is what Stephen King did yesterday when he complained about the bifurcation of Stranger Things’ new season. Here’s what the greatest horror writer of all-time tweeted (NB, though: we should all stop using the word “lame”):

The new season of STRANGER THINGS is really cool–as good or better than the previous three. There’s even a CARRIE riff.
Is it the whole season or is it another one of those that’s broken into 2 parts? IMHO that’s kind of lame.

Obviously, he’s a fan of the show, but insofar as Netflix taught us all how to binge, King’s frustrations are our frustrations (particularly my 11-year-old’s), as we’re going to have to wait until July 1 for the final two episodes of what has thus far been a great and binge-able season of television. But there’s a pretty reasonable explanation for the delay, according to the Stranger Things writers, who responded quickly to “Uncle Stevie’s” Tweet:

Sorry Uncle Stevie, 8+9 aren’t done yet, but we’re working as fast as we can! Glad you’re enjoying and that you picked up on our super subtle Carrie riff 😜