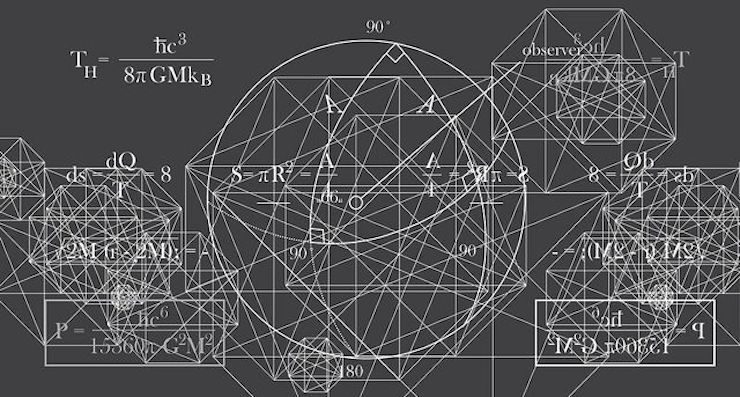 Stephen Hawking and the Beauty of the Unseen World

Nowadays, the list of writers whom I hold dear is quite long, and it grows longer by the year. It is filled with names like Woolf and Kafka, Borges and George Eliot. But no matter how much I read and however long this list grows, I always know that it begins with exactly the same author. That person is Stephen Hawking.

I first read Hawking’s A Brief History of Time when I was probably 16 or 17 years old. At that time I knew very little about the kinds of transcendent experiences one might have in the presence of great art. I actually had a very low regard for literature, and while all my friends took art history classes, I spent my time studying for the Science Bowl. From a young age I had always been moved in a particular way by science, finding an amazement in the greatness of our universe, and our human attempts to instill it with some meaning.

A Brief History of Time took these incipient feelings and brought them into full maturity. In short, Hawking taught me just what wonder really is, and how inspiring a force it can be. He didn’t do it with fiction—or more correctly, he only did it partly with fiction.

Hawking’s subject was the facts about the universe in which we live. His first great accomplishment as a scientist was to demonstrate that, if Einstein is correct about the theory of relativity, then the beginning of the universe has to have been a singularity. This is nothing less than the secular origin story, on par with “let there be light,” and he wrote our version of Genesis at age 28. A few years later he proceeded to make the stunning announcement that black holes evaporate away, and then he moved into questions of precisely how the beginning and the end of time will look, the nature of information, and the basic texture of reality.

In A Brief History of Time, he explains how science came to the point where it could honestly aspire to tell us things like this. For a child who had only swallowed a few mouthfuls of the Bible, and who had only experienced tiny bits of inspiration from the world of art, this book was a true revelation. Right here, I felt like I was in possession of something important, something fundamental and thrilling that I yearned to share with others and make my own original contributions to.

I can still recall what it was like to have my desire for the strange and the unknown sated by this genius. As a child I had always inclined toward the bizarre: I read shelves-worth of science fiction, and I enjoyed terrorizing and fascinating my mind with books about sightings of UFOs, bigfoots, witches, goblins, and all sorts of paranormal creatures. But much as those books might titillate me, I always knew in the back of my mind that they were just make believe. With Hawking it was different: what he was giving me was a truth. Maybe not The Truth (which none of us can ever know), but a truth that was rigorous, durable, and accepted by the highest standards of science. It felt grown up to me, and also authoritative in a truly important way.

Hawking gave me more than just a scientific truth—it was also an artistic one. If you look at the equations he used to describe the beginning of the universe and the death of black holes, you will find no poeticism, no dazzling narrative leaps, no masterful rhetoric (or at least none that’s accessible to a non-scientist). In fact, Hawking’s equations will be absolutely incomprehensible to you. It is often said that in 1919, when a fellow scientist told the British astronomer Sir Arthur Eddington that he was one of only three people on earth to really understand Einstein’s theory of general relativity, Eddington promptly excised himself, narrowing the field to just two. If we can now say that millions of people understand the basics of relativity, it is because of scientist/artists like Hawking who have transformed those inaccessible equations and revolutionary ideas into beautiful images and metaphors that can be broadly understood.

The link between theoretical physics and literature is strong: for instance, black holes were never known as such until physicist John Wheeler popularized journalist Ann Ewing’s evocative coinage, and the word for the basic constituents of all matter—quark—was taken from an enigmatic bit of language in Joyce. This is also a two-way street: Don DeLillo has made wonderful use of quantum physics in his novels, where he attempts to use it to comprehend the human soul and that of our societies, and playwrights like Michael Frayn have done important things with it, as in his Copenhagen.

A few years after I first read Hawking, I was given a copy of Borges’s Labyrinths—immediately, it was as though the torch of wonder that Hawking had held up to light my way was now clutched by Borges. Something in me instantly realized how much Borges’s myths about time, identity, fate, and reality resembled Hawking’s tales of the universe. It was like they each were approaching the same questions from opposite sides, meeting halfway.

I took Borges with me through several months of my life, and then one fateful summer day I was introduced to Virginia Woolf’s To the Lighthouse. Suddenly this mysterious torch was now passed from Borges to her. Or rather, that’s not quite right: now Hawking, Borges, and Woolf were all there, each casting their own distinctive light. My understanding of these mysteries had become that much greater for the illumination of all three. So on it went, with more and more writers showing me their own renditions of these questions. As their light grew brighter for me, I always remembered that it had all started with the words of Stephen Hawking.

I have often heard authors say that in order to write for a lifetime you must find your own personal, inexhaustible well. I think that for most writers, first contact with this well occurs in adolescence, as we are beginning to experience emotions that feel savage and dangerous, but also full of greatness and immensities that, as children, we had never known life could hold. I will always be in Hawking’s debt for letting me discover these things, and my writing will always be inflected by the particular way he put them onto the page and into my mind. He was a truly revolutionary thinker who authored much of the world that we now live in, and the next time a Hawking appears on our planet, we will experience a new revolution in how we perceive reality.

The 10 Most Famous Bookstores in the World 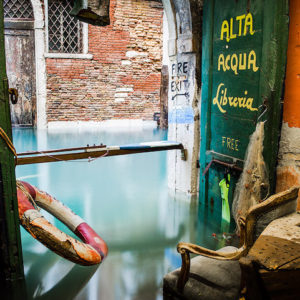 The 10 Most Famous Bookstores in the World

Yesterday was the anniversary of the birth of Sylvia Beach—probably the most notorious bookstore owner in modern history,...
© LitHub
Back to top