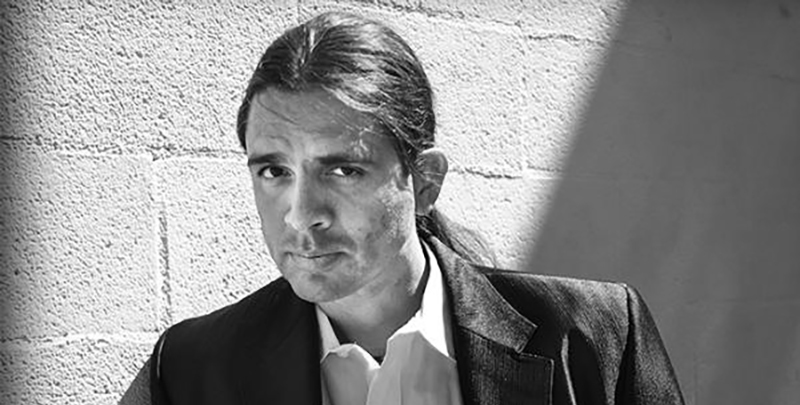 Stephen Graham Jones is the guest. His latest novel, The Only Good Indians, is available from Gallery Books.

Stephen Graham Jones: I started out reading Westerns when I was 11 and 12. But then when I was 16, maybe 17, I read my first Stephen King that I stayed up all night reading that terrified me. I delved into the rest, and through Stephen King I discovered Dean Koontz, Clive Barker, everybody else in the 1980s and early 90s and just kept going on. … Horror is just in my veins. It’s hard wired for horror.

Brad Listi: Do you know why?

Stephen Graham Jones: Why me specifically? When I was in eighth grade, we were living outside Austin, Texas, in a little place called Wimberley. I got to run in with a group of eighth graders who had a friend at the video store, and every Friday afternoon after school, we would go in to the video store and come away with a stack of six or eight movies—Jason, Freddy, Michael—and we’d go to my other friend’s house. There was a TV in there and a little couch and a VCR, and we would just watch slasher film after slasher film until about 2 in the morning. My friend’s dad would get drunk enough to put on his Freddy gloves and scratch plastic clothes on the outside of the metal garage door. That would just terrify us to no end. We would just pile out the side of that garage side door and run through the blackness of the night. If we went into the creek and jumped in, we were safe. That was the rule. And that feeling of running through the blackness with tears in my eyes, terrified and also smiling at the same time, I feel like that is what I’m always looking for when I read and when I write. That thrill, that being so alive, is what I like about horror.

Brad Listi: That’s interesting. It’s interesting to think of it that way. I feel like when we go to read something, we’re trying to feel something, or hoping to at least. And if somebody can scare the shit out of you, that’s a feeling.

Stephen Graham Jones: It is. Horror can change your behavior. It can make you turn off the lights in your house in a different sequence at eleven o’clock at night. It can make you edge along the wall to get to your bed instead of just walking brazenly across the middle of your bedroom floor. I love that horror puts you on a string like that. It turns into a puppet, a puppet not necessarily of the the writer, but a puppet of your own terror and your own dread. I think that’s beautiful.

Brad Listi: Yeah. I mean, this is I guess a common question for writers of horror is their relationship to fear and whether writing horror diminishes fear in the role that it plays in their day-to-day lives. Like, do you have a healthier relationship with it as a result of writing in this way? Or do you feel like you have a heightened sense of terror and this is your way of exercising it?

Stephen Graham Jones: I think it’s the second one. I always have the idea that if I can trap this nightmare that I had three nights ago or four or six nights or whoever it is back and trapped on the page in a way that I can pass it on to someone else—like videotaping the Ring—that I’m no longer burdened with it. I’m no longer be infected with it. But really all that ever happens is it gives my nightmares higher delineation. It gives them more resolution. I know a lot of horror writers and horror filmmakers as well, because they know the mechanics of a scare. They have a harder time themselves being scared. That’s not the case for me. I do understand the mechanics of scare. It’s just the mechanics of the joke, basically. But I get terrified when I’m writing. People will say, how do you write so fast or why do you write so fast? And the reason I write so fast is I’m terrified. For me, writing a novel or a story is like being in a dark, terrifying tunnel, and I’m just racing as best I can to get that light at the other end as I am terrified.

Stephen Graham Jones is the author of twenty-five or so novels and collections, and there’s some novellas and comic books in there as well. Stephen’s been an NEA recipient, has won the Texas Institute of Letters Award for Fiction, the Independent Publishers Award for Multicultural Fiction, a Bram Stoker Award, four This is Horror Awards, and he’s been a finalist for the Shirley Jackson Award and the World Fantasy Award. He’s also made Bloody Disgusting’s Top Ten Horror Novels. He lives in Boulder, Colorado. 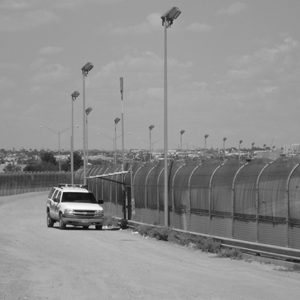 How does the United States use immigration to suppress free speech? Should interests of “national security” take priority...
© LitHub
Back to top