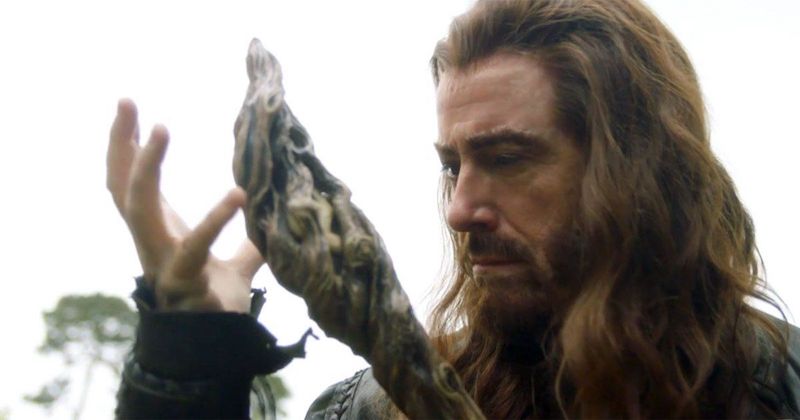 Stephen Colbert thinks The Hobbit is only okay.

Stephen Colbert’s Tolkien fandom is well-established, but on last night’s Late Night, the host revealed that while he loves the Lord of the Rings trilogy, he thinks The Hobbit is a baby book for babies.

Colbert showed a clip of his guest, Patton Oswalt, finishing the last Harry Potter book with his daughter, Alice, which led to a discussion of what they should read next. Colbert suggested The Lord of the Rings, but when Oswalt said he was considering The Hobbit, Colbert responded with the most damning mouth sound of all: Eehh.

While Colbert allowed that there are some “really lovely things” about The Hobbit—”The scene with Gollum, the backstory”—but argued that ultimately, it doesn’t have “the high style and the language” of The Lord of the Rings.

When Oswalt reminded him that Alice is only 10, Colbert delivered the final blow: “If she was six, I’d say read The Hobbit.”

And there you have it. The Hobbit: a baby book for babies.