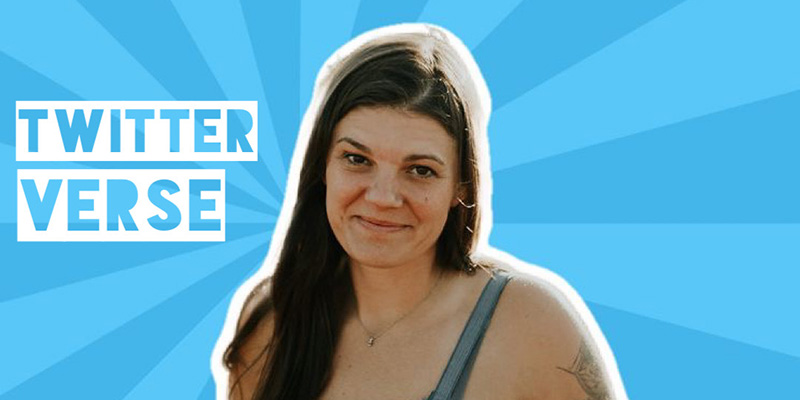 Stephanie and Gabe talk about her struggles as a single mother living in public housing with two children and her perseverance to fulfill her dream of becoming a writer. How she used the exorbitant cost of her college diploma as motivation to develop her writing craft. And how the rise of the internet provided Stephanie with new opportunities to bypass traditional gatekeepers. She shares a special personal letter that is framed and hangs by her desk. She discloses the best part about having a military spouse. And Stephanie reveals why she broke her no podcast appearance policy to join Gabe on Twitterverse.

For those who might be reading MAID after watching #MAIDNetflix you might appreciate to see the first sentence “My daughter learned to walk in a homeless shelter” come to life: pic.twitter.com/xHyB8tIK5H

Gabe Hudson: Where was that homeless shelter?

Stephanie Land: It’s in Port Townsend, Washington, which is on the Olympic Peninsula. It’s like an old Victorian touristy town. There’s only about 3000 people and their homeless shelter is a line of cabins, like really small cabins. They’re still there. I drive by them every time I visit and it’s supposed to hold two families, but we got one to ourselves. And so that was June of 2008. I mean, I had no money. I only had a couple hundred bucks and I had to find a job in order to get approved for childcare. And so I luckily got a job working as a landscaper for a friend of mine’s husband and another single mom.

And I traded off childcare until I could prove that I was actually working enough to need childcare, which is really backwards and asinine. The way that childcare grants work is you need to show that you have a job that needs a certain amount of childcare. And so in my case, since I was self-employed and was not getting a paycheck. I had to have someone write a letter, that these are the times that she works and starting out. It was only for a few hours in the afternoon. And so when I went to show them, like, Hey, I have this job, I need childcare for it, can you give me a grant? Because I couldn’t afford childcare. And so they said yes, but they only approved me for afternoon hours. So from like 12 to 4 or something like that. So I could not work more than what I had been working because my childcare availability had been very limited.

Gabe Hudson: The logic seems counterintuitive. You’ve proven that you are working and they’re like, okay, we’ll only give you childcare for this amount of time that you’ve been working thus far when really you want to be working more hours.

Stephanie Land: Yeah, it’s really backwards. It’s work first and then get the childcare for it, but you need childcare in order to work. So all of those programs are built on not trusting poor people with money or access to things so they don’t make it easy. And you always, always, always have to prove that you are working in order to get anything, even food.

Stephanie Land: He was my best friend in middle schools, Dad. And through the wonders of Facebook, we connected again. And he was just really supportive. Like, go get them, kiddo. And he was always just this really positive fatherly figure. And I started kind of jokingly calling him cyber dad, because he took that so seriously. And I actually have a letter he wrote me that is right by my computer on my desk where I write. And I just read the last thing he said. He goes into how he met me and that I moved to Montana and he said, Why the hell are you moving to Montana of all places? And so this was a year before the book came out, and there’s a line that says, and now we all wait, holding our breath for your book. And he said, I want you to know that I take my cyber dad duties seriously.

Steph, watch the ongoing emergence of the pre-publication attention it and you are receiving and the messages you are receiving from the world telling you, Stephanie Land, that you are an important voice and we value you and what you have to teach us. And we want to hear what you have to say. And the last lines, I guess I’m writing because I want you to know stuff beyond a Facebook post that, yes, I am indeed so immensely proud of you and overjoyed for you. Sometimes even to the point of tears, really. And he signed it.

Best part about having an ex-military spouse is they know how to buzz your under shave. 😁 @TimothyWFaust1 ❤️ pic.twitter.com/D53q5qtIqG

Stephanie Land: We met on Bumble. I reopened my account for all of ten minutes and swiped right on him. We got to talking and he admitted that he was a full-time single dad. He asked me if I’d like to meet, and we got married ten months later. Ten. We were both full-time single parents. I joke that he was the only full-time single dad in all of Missoula because I dated all the other ones. And who are the part-time single dads who I couldn’t stand? I had a book coming out. I was not looking for a relationship. I just was single and did as a single person does.

Gabe Hudson: I guess he wanted to mingle.

Stephanie Land: Yeah, but, oh, God. As soon as I mustered up the courage to look him directly in the eye, it was just over. And you just kind of have this moment. I’m just like, Oh, fuck. And it was pretty instantaneous.

Stephanie Land is the New York Times bestselling author of the memoir MAID: Hard Work, Low Pay, and a Mother’s Will to Survive. Netflix released an Emmy-nominated series MAID based on the book. Her next memoir CLASS is forthcoming. Stephanie is a frequent guest speaker at venues across the country. 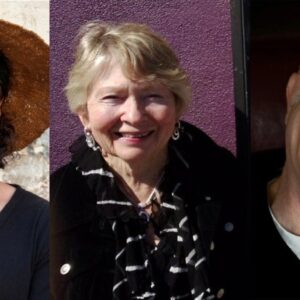 Rich Ferguson, Mary Kerr, and S.A. Griffin are the guests for a roundtable discussion of Beat literature and the new anthology...
© LitHub
Back to top