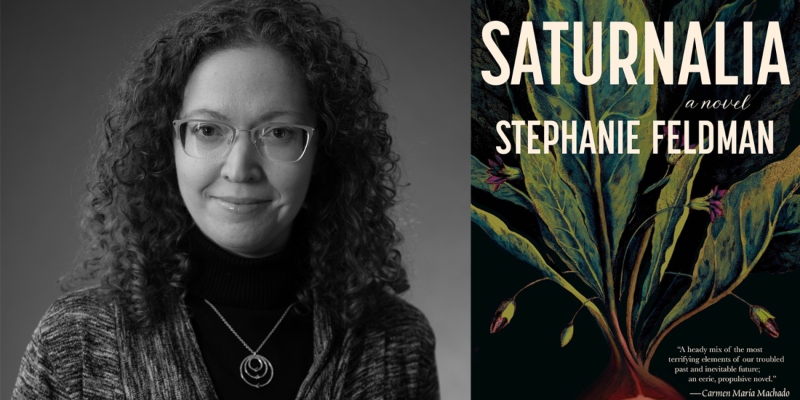 In this episode, Mitzi talks to Stephanie Feldman about her new novel, Saturnalia.

Mitzi Rapkin: Saturnalia is the day that all of Philadelphia calls the solstice. And it is a 24-hour party with so much hedonism and debauchery, and it’s fun, but there’s also like something very scary about it. Can you talk about that?

Stephanie Feldman: You know, I took some of that from real life. I think a lot of our celebrations often end in violence. And I think this celebration, in particular in the book, is really fueled by fear. And people are trying to escape the pressures of life for a day. And some of those pressures have to do with climate change, you know, there’s economic pressures on the city, because they have to keep the power grid up, there’s flooding that contaminates the water sources, there are refugees from farther south who are escaping failing climate grids there.

So, that’s a very hard thing. The landscape is changing. I also introduced what I call summer fever, which is a mosquito borne illness. That’s one thing I’ve noticed here over the last few years, you know, our insect populations have changed. There’s West Nile virus here now, and things like that. And I didn’t intend for it to be a plague book, because again, it was before Covid. But you know, that’s another possibility or even thing that we’re seeing now through climate change. Everyone in the book wants to get away from that. And they want to just drink and dance and have fun. But again, it’s this drive that is isn’t fueled by an innocent hopeful celebration, but escapism.

Stephanie Feldman is the author of the novels Saturnalia and The Angel of Losses, a Barnes & Noble Discover Great New Writers selection, winner of the Crawford Fantasy Award, and finalist for the Mythopoeic Award. She is co-editor of the multi-genre anthology Who Will Speak for America? and her stories and essays have appeared in or are forthcoming from Asimov’s Science Fiction, Catapult Magazine, Electric Literature, Flash Fiction Online, The Magazine of Fantasy & Science Fiction, The Rumpus, Uncharted Magazine, Vol. 1 Brooklyn, Weird Horror, and more. She lives outside Philadelphia with her family.

Adriana Trigiani on Discipline and the Writing Life

Alia Trabucco Zerán, the Author of When Women Kill, on Writing While Uncomfortable 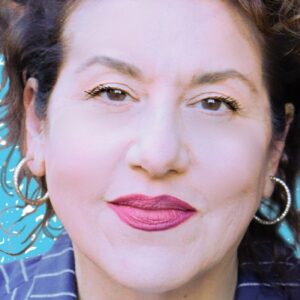 Adriana Trigiani on Discipline and the Writing Life