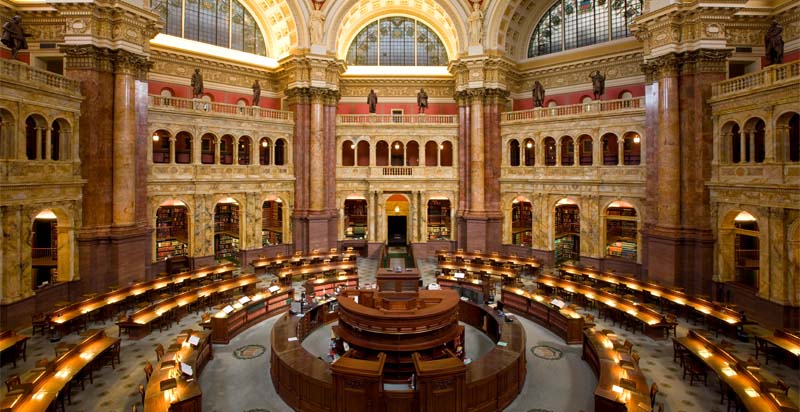 On the Virtually Unknown History of the Delta Collection

“Closetedness” itself is a performance initiated as such by the speech act of a silence—not a particular silence, but a silence that accrues particularity by ﬁts and starts, in relation to the discourse that surrounds and differentially constitutes it. The speech acts that coming out, in turn, can comprise are as strangely speciﬁc. And they may have nothing to do with the acquisition of new information.

To tell of courage to face the unknown with intelligence, tell of Theseus.

–Paul Kuntz, “What Daedalus Told Ariadne, or, How to Escape the Labyrinth: The  Minotaur”

In the history of libraries there have always been spaces and texts to which access has been barred and certain patrons and patron types for whom access has been denied. Libraries will often have a restricted collection—a locked case, a unit of shelving behind the circulation desk, or a special room—that requires readers to obtain permission from a librarian to view the books within. Very often the restricted materials contain explicit adult content or valuable illustrations. During and after World War II the Library of Congress held one of the largest collections in the world of this kind, composed mostly of erotica and items considered to be pornographic or obscene. The Library’s Delta Collection, which included books, motion pictures, photographs, playing cards, and other materials, was separated from the general collection, and access was highly restricted. Many of the materials in the Delta Collection had been seized by the Customs Bureau and the U.S. Postal Service, and the Library of Congress made the ﬁnal decision regarding destruction, storage, and circulation of such items. Others were obtained through the Copyright Ofﬁce and were considered vulnerable to theft and damage. The Delta Collection served to protect materials from mutilation, preserve the cultural record, protect citizens from harmful obscenity, and serve as a repository of sample materials for consultation by federal agencies up through 1964.

This collection undoubtedly carried a certain epistemology, and underlying this is Sedgwick’s theory of the closet, which serves as a guide in considering the ways in which the materials in the collection acquired a special status and how their silences tell a key story about the production and regulation of knowledge about sexuality. The Delta Collection was quite literally a closeted-off set of materials deemed to be perverse, and except for certain books that were considered to have intrinsic value as part of a cultural record and in need of protection, the Delta Collection served as a mechanism by which to classify works out of U.S. memory and identity. For Sedgwick, “the closet is the deﬁning structure” for oppression based on sexuality, and she argues that it operates by way of a series of juridical formulations that were constructed to support and sustain a heteronormative culture.

What the Delta Collection did for the writing of U.S. history was not only disciplinary, but it enacted a more extreme series of erasures and silences. Materials that contained ideas, images, and information about “aberrant” sexual practices, whether they were about homosexuality or contained otherwise “obscene” content, were not to be housed within the library’s general collection. Many of these texts did not match the ideals of the project of constructing a national citizenry, and their sequestration was arguably aimed at the prohibition of citizens becoming perverse readers. The Delta Collection served the nation by functioning as a juridical device, as the materials held within were to be used as evidence for federal agencies and Congress. And reminiscent of the scarlet letter “A” afﬁxed to Hester Prynne’s breast, the sequestered materials in the Delta Collection were stamped with the delta symbol: ∆.2

“What the Delta Collection did for the writing of U.S. history was not only disciplinary, but it enacted a more extreme series of erasures and silences.”

The panic surrounding World War II and postwar sexual perversion held certain knowledges to be a central threat, and keeping obscene materials out of the hands of citizens was a frenzied and impossible effort at preventing the spread of perversion by censoring it and circulating silence and ignorance. At this point, deﬁnitions and understanding of what constituted obscenity had not been ofﬁcially determined in law and policy, so methods for policing it were inconsistent and heavy handed. In the 1940s and 1950s U.S. librarians found themselves at the center of heated discussions about censorship and the freedom to read. As a federal agency, the Library of Congress occupied a very particular position in that debate. The Delta Collection is far from cohesive, and it reﬂects the confusion surrounding deﬁnitions of obscenity and what to do with it. The unifying principles were that the materials were assumed either to pose or be subject to a threat of harm. It contained books on perversion and homosexuality but also works on heterosexual relations and birth control; literary works that were contested in the courts, such as Ulysses and Lolita; rare books; and some of the more ribald pornography of the time. What was contained in the collection was knowledge that was viewed to require a measure of special protection. However, the Delta Collection was not as secure as was intended.

The Library of Congress’s participation in the postwar regulation of obscenity is an untold portion of the story of government policing of sexual deviance in the United States. Scholars have explored the roles of the Customs Bureau, the Postal Service, and the Federal Bureau of Investigation in intercepting, seizing, and storing materials deemed to be obscene. They have not, however, examined the Library of Congress’s role in this process. Paul and Schwartz’s 1961 account of federal censorship does give the LoC’s involvement a brief mention, praising it for saving materials from the agencies that would destroy them:

Material that is seized is either destroyed or sent to the Library of Congress. The Library does not collect obscene or pornographic materials  as such; it receives such materials because it is a repository for publications produced the world over. . . . Selection criteria are broad, for the Library is not worried about protecting the public; it is worried about retaining all materials—anything which may reﬂect some facet of the world’s culture or may be useful for research.5

While this position is perhaps limited and uncritical, it would be equally shortsighted to argue that the LoC’s actions described below simply constitute a sweeping act of censorship.

Indeed, it’s quite complicated. As Alison Moore suggests in her analysis of similar collections at the Bibliothéque Nationale de France and the British Library, one might view such hidden collections of obscenity and erotica as ones “that sought to contain desire, to designate it and to command its parameters while sanctioning sexuality as an inherently validated system of meaning.” The Delta Collection provides a window into the function of labeling as a mechanism in what seem to be ideologically opposed efforts to contain and preserve, censor, and serve the federal government. The LoC was one of many institutions that struggled to come to terms with the charge  to protect resources, protect rights of individuals, and protect the public from the harm of an ever-increasing amount of sexually explicit materials. In addition, the LoC’s employees were interested in protecting the library itself—as well as their own positions within it.

My own encounter with the Delta Collection began with the catalog—as it did with my study of “paraphilias.” In fact, it was in searching for materials cataloged with that heading at the Library of Congress that I discovered a number of bibliographic records that contained, instead of call numbers, a note that read, “Problem location.” Most of the titles designated by this location turned out to be in the Rare Books Reading Room, but a few searches ended up in dead ends, with librarians looking everywhere they could think of, only to return empty handed. For example, Night in a Moorish Harem was one that was missing.

A few librarians had mentioned the Delta Collection in passing during my visit to the LoC, simply stating that such a thing once existed and that I may want to look into it. Attempts at ﬁnding published information on the collection proved to be fruitless, even with the assistance of LoC historians and reference librarians. Encyclopedias, indexes of subject collections, and historical accounts of the LoC do not provide any information about the Delta Collection. Cheryl Fox, head archivist in the Manuscript Reading Room, suggested consulting a collection of papers from the Ofﬁce of the Keeper of the Collections. This archive turned out to hold a wealth of information that revealed a virtually unknown history of sexuality at the Library of Congress.

Although the Delta Collection is described in unpublished annual reports, these accounts were never entered into the published reports submitted to Congress. Among the keeper’s papers, however, are records of transfers of materials to the LoC, excerpts of the keeper’s diary detailing his thought processes regarding the Delta Collection, correspondence with other internal and external ofﬁces, policies, meeting minutes, and reports of items designated for destruction. Although the archival record is quite rich in certain regards, it seems that nearly every staff member tried to maintain distance from the Delta Collection, and no one wanted to claim authority on the topics of pornography and perversion. This means that the historical record is, in fact, quite sparse: Only certain ofﬁcial positions were written down. Many of the documents are difﬁcult to decipher, as discussions of what to do with the Delta materials was an apparently uncomfortable and deeply fraught topic. 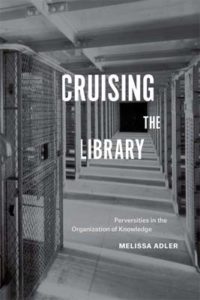 From Cruising the Library: Perversities in the Organization of Knowledge. Used with permission of Fordham University Press. Copyright © 2017 by Melissa Adler.

Melissa Adler is Assistant Professor in the School of Library and Information Science at the University of Kentucky.

The Search for a Lost Self in the Far North 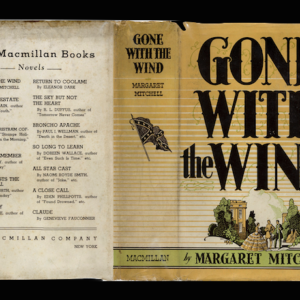 The many ways in which we are wrong about Jane Austen. | Literary Hub Not finishing my novel would have ruined...
© LitHub
Back to top
Loading Comments...