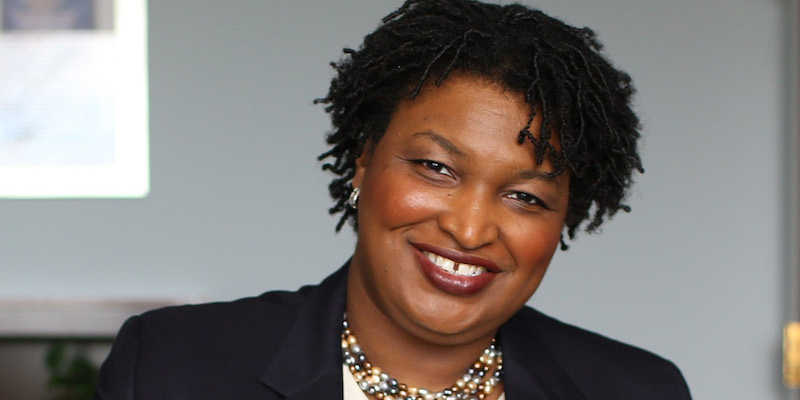 Stacey Abrams’s out-of-print romance novels have been picked up by Penguin Random House.

After a decade of seeking publication, Stacey Abrams’s political thriller While Justice Sleeps will be published by Doubleday later this month. And the larger publishing world is finally recognizing Abrams’s work: the Associated Press reported today that Berkley, an imprint of Penguin Random House, has purchased world and audio rights to Stacey Abrams’s first three published books.

Rules of Engagement, The Art of Desire, and Power of Persuasion were all released under the (incredible) pen name Selena Montgomery and have been out of print for many years. All three books feature core romances, Black heroines, and international espionage (!), and Berkley will begin releasing the repackaged books in hardcover and audio formats in 2022.

Said Abrams, “As my first novels, [these books] remain incredibly special to me. The characters and their adventures are what I’d wished to read as a young Black woman—stories that showcase women of color as nuanced, determined, and exciting. As Selena and as Stacey, I am proud to be a part of the romance writing community and excited that Berkley is reintroducing these stories for new readers and faithful fans.”