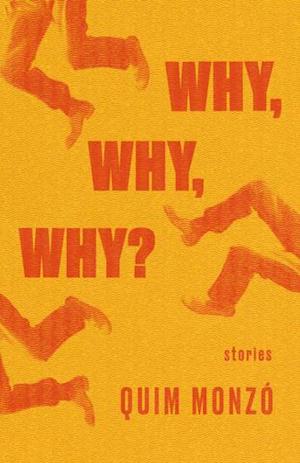 The following is from Quim Monzó's story collection, Why, Why, Why?. Monzó has been awarded the National Award, the City of Barcelona Award, the Prudenci Bertrana Award, the El Temps Award, the Lletra d’Or Prize for the best book of the year, and the Catalan Writers’ Award, and he has been awarded Serra d’Or magazine’s prestigious Critics’ Award four times. He has also translated numerous authors into Catalan, including Truman Capote, J. D. Salinger, and Ernest Hemingway.

The man who never falls in love leaves the museum and sits down on a bench in the square opposite. When he was looking at a Manolo Hugué drawing in the museum he met a woman with deep, sparkling, slightly mischievous eyes, and thought that maybe he could fall in love with her. He also thinks that it isn’t just her sparkling, slightly mischievous eyes he likes about her. It’s also the way she speaks. The whole time they spoke in the museum, she didn’t utter a single cliché or parrot any received wisdom she’d learned by heart. That’s why, after they said goodbye, he followed her at a distance, until he saw her go into a building entrance; now he’s waiting.

While he is deep in such thoughts, the man who never falls in love watches as the girl he met in the museum emerges from the building entrance and turns down a street. He springs to his feet. He follows her. Gradually the distance between them shortens. The more he looks at her walking in front of him, the more he likes her, and from what he grasped in the museum, she likes him too. And what if it really went well this time? Now he is a few steps behind her; she’s with hand’s reach. He’d only have to tap her on the shoulder and she’d turn around.

Excerpted from Why, Why, Why?, by Quim Monzó. Used with permission of the publisher, Open Letter. Translation copyright © 2019 by Peter Bush.

Ali Wong almost returned the advance on her book because she thought it was "terrible." 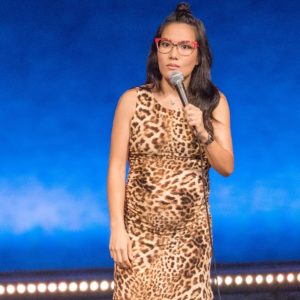 Ali Wong almost returned the advance on her book because she thought it was "terrible." First came Baby Cobra, Ali Wong's brilliantly brazen Netflix comedy special. She shares with us her sexual escapades with...
© LitHub
Back to top