“Spring’s begun dividing her storks and cranes among us.” New Poetry from Ukraine by Natalia Beltchenko

Spring is the migration season for storks and cranes. In April, the trees and rooftops of Ukraine, from the Carpathian mountains to the Zaporozhian steppe become the nesting ground for birds. This spring, the poet Natalia Beltchenko has described the persistence of nature, even as rockets have landed on Ukraine’s cities, and smoke from massive fires rises into the Ukrainian skies:

And as the world vomits up war
And retreats into emptiness,
Spring’s begun dividing
her storks and cranes among us

Beltchenko, a poet from Kyiv, has a habit of posting pictures of birds to her Facebook page. These pictures reveal the beauty of the parks, rivers, and forest steppe of Ukraine. Sometimes they illustrate a new poem, or a translation from the Polish, Russian, or Belarusian. Other poets—past and present—are part of the broader ecosystem of life, nature, and poetry that Beltchenko depicts. The Polish Nobel laureate Wisława Szymborska (1923-2012) is known to have collected, among other objects, a cigarette lighter in the shape of a submarine. The subject of one of Beltchenko’s most recent poems metaphysically transforms into this object, assuming the form of a cigarette lighter in the protective (albeit too-small) raincoat of Polish exile.

Other poets of the past populate and inspire Beltchenko’s lines. The Polish writer Jarosław Iwaszkiewicz (1894-1980), whose poetry Beltchenko has translated, wrote a poem to Urania, combining the Greek muse with a pine tree. He ends his poem to Urania with a wish to dissolve the self, merging with this sacred manifestation of nature: “That I too could be Urania, nothingness and pine.” (Bym także był Uranią, nicością i sosną.)

In her own recent tribute to nature, poetry, and anonymity, Beltchenko picks up where Iwaszkiewicz left off. But rather than wishing to become a pine, the voice envies the invisibility of an insect:

To be able, like a night moth,
to whisper to this moment, “stop”
and reach the light, crawl behind the backdrop,
as though it had never been winter.

Beltchenko’s imagined moth might flap its wings and change the course of history. This is a wishful vision of Lorenz’s “butterfly effect,” but it is also justification for continuing to look at small things—at the insects and birds that reflect and alter our world. It is tempting to impose a lyrical “I” in translating these lines. But Beltchenko resists the first person narrative, resisting subjectivity grammatically and thematically. The poem follows the moth to the muse Urania, “to a branch of Iwaszkiewicz’s pine.” The desire to merge with the poetry of the past is, like the desire to become a moth (or pine), a dissolution of subjectivity.

Nature has a way of reviving itself, of healing, even out of the wreckage of humanity. In her poems—and sometimes in the photographs that illustrate them—Beltchenko has likened her family to squirrels, a play on the similarity of her last name to “bilka”—“squirrel” in Ukrainian. In one poem the speaker evokes her kinship to the forest:

…my father has merged with you
and has become like you—
squirrely, snowy and avian

Beltchenko does not exclude personal loss or mass tragedy from her interconnected ecosystem. And yet her poems are strangely hopeful. Nature itself has a chance of survival. In “Ver Sacrum,” a 2019 cycle about the explosion of the Chernobyl nuclear power plant on April 26, 1986, Beltchenko wrote of the start of new life following the nuclear disaster. The world may have burned down, but something remained.

but females in the grasses of life
give birth to beetles, grasshoppers

Amelia Glaser, Cambridge, MA
(This is part seven in a series on contemporary Ukrainian poetry.)

And as the world vomits up war
And retreats into emptiness,
Spring’s begun dividing

her storks and cranes among us
There’s a power in this northern migration,

Edging out fear and assent,
While out on the spring ice
A primordial evil lands in your hands

Only the Ukrainian Army and its volunteers
are awake. In this countdown to a new era—
a baby born in a basement
will receive the holy tablets

To be able, like a night moth,
to whisper to this moment, “stop”
and reach the light, crawl behind the backdrop,
as though it had never been winter.
The moth would fly off to the muse Urania,
to a branch of Iwaszkiewicz’s pine.
The vintner is pouring the birds his wine,
growing painlessly drunk, himself.
Lullaby of winter, rock me, leave me
in a warm fur coat to write poetry,
drive the hares from the apple trees,
so they won’t eat the shoots, visit the seeds
of dreams, visit your loved ones, us,
let it be Christmastime again.
And after that, spring, and our soldiers alive,
and the moth is inside the sleeve…

Yesterday, I put on my father’s pants.
They fit me now.
I remember him well in them
around the age I am now.
Tanned. Elusive.
Or was I running slowly around him?
Tо the place where his pants were the color of coffee with milk,
and not vomit with vodka.
I always ran with a much older crowd.
Searching, I guess, for the fisherman, the amateur photographer,
the grower of tomatoes under a heat-lamp
for my Christmas-birthday,
the electrical engineer, far away
in my childhood forests,
that one, who at fourteen,
saw his first lightbulb.

The forest is almost ours,
like the salt in the salt-shaker.
It’s calm and has no fear,
for from its mouth and eyelashes bird to bird
and ravine to ravine
nod as if to friends:
and you are glad.
Ulysses, forest, come back to us,
for my father has merged with you
and has become like you—
squirrely, snowy and avian,
if only I could send my son
your letters.

Krakow’s a raincoat, a junior size,
where you find yourself hidden deep in a pocket
Unharmed, and in the other side
live despair and pain that don’t subside.

You are Szymborska’s cigarette lighter
inside that pocket, the one on the right.
But trouble’s spilled out in the left,
Like the floodlands of Irpin.

Natalia Beltchenko is a poet and translator. Born in Kyiv, she is a recipient of the Hubert Burda Prize (Germany, 2000) and the National Writer’s Union of Ukraine Mykola Ushakov Prize in Literature (Ukraine, 2006). Finalist of the Gennady Grigoriev Prize (Russia, 2013), the L. Vysheslavsky’s “Poet’s Planet” prize-winner (Ukraine, 2014). Her works include eight collections of poetry and numerous magazine selections and anthology publications, both in Ukraine and abroad (in English, German, French, Polish, Korean, Dutch, Bulgarian, etc.).

Amelia Glaser is Associate Professor of Russian and Comparative Literature at U.C. San Diego. She is the author ofJews and Ukrainians in Russia’s Literary Borderlands (2012) andSongs in Dark Times: Yiddish Poetry of Struggle from Scottsboro to Palestine (2020). She is currently a fellow at the Radcliffe Institute for Advanced Study.

The Oregon literary community is pissed off about poet Carl Adamshick’s $10,000 fellowship. 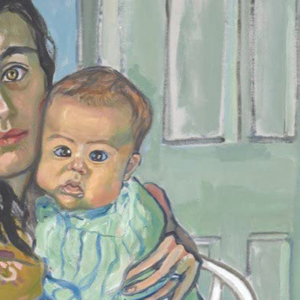 20 new books being published today. Welcome to the world, book babies! We've got a new Don Winslow novel! We've got an innovative book in which you can choose...
© LitHub
Back to top