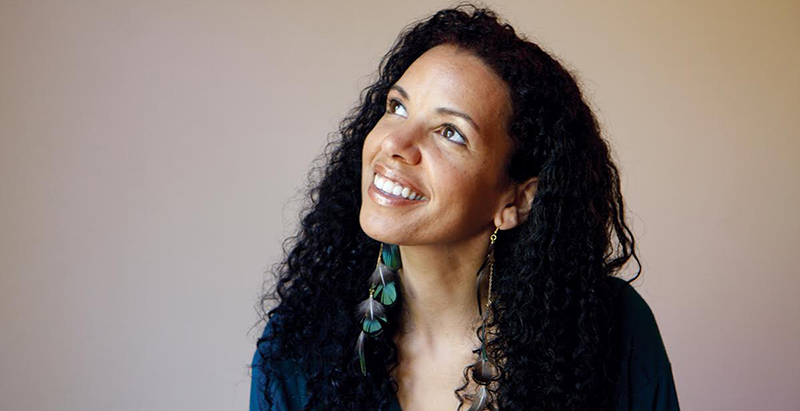 Spring Washam is the guest. Her story collection, A Fierce Heart: Finding Strength, Courage, and Wisdom in Any Moment, is available from Hay House.

Spring Washam: I remembered that I looked at my sister—she might have been four or five years old—and we both remember this conversation where I said, OK, this is going to be a hard life. You know, we were poor. My father was all over the place and had a lot of mental health issues. We were black. I thought right away, There’s not a lot of wisdom around me. My mother had a lot of struggles and challenges.

I think I was deeply spiritual as a child, because I would sit and look out of our window and I remember we were living in this low-income apartment building in the Eastside Long Beach Bellflower area. I remember just being very curious about the world outside, and seeing people arguing and fighting and people on drugs, and I had this very deep, heartfelt sense of sorrow about that and also a curiosity about why are people this way? What is making them suffer? So at a young age, I had a deep longing to understand the nature of mind and the nature of emotions. So it wasn’t that surprising for me that, as a teenager, I got really into spirituality and began studying.

I started by setting self-help psychology, that you can heal your life and you are what you think. … Somebody handed me Paramhansa Yogananda’s Autobiography of a Yogi, the founder of the Self-Realization Fellowship School. He actually died many years ago, but his work and his teachings definitely continue generation after generation. It was through reading his book that I began to understand that my path was about meditation, too, and it was so inspiring. It was really life-changing to start reading his work and then start going to the Self-Realization Fellowship to study meditation. That was a game changer.

Brad Listi: I want to ask you about this awareness that you had as a child and especially, I guess, as a teenager, where you started to get into spirituality and self-help and you had been witnessing people, like you said, are in the environment that you lived in, in all sorts of different situations and not all of which were great. I often wonder about people who have the kind of resilience that you have. Is that something that’s innate? Was there any kind of example of spiritual life around you that you were looking to as a model, or was it something that you just sort of intuited and then started to build on your own from books?

Spring Washam: I think for me, I really started to build it on my own. I went through a lot of trauma when I was a teenager. I was living at that time on my own with some friends in south central L.A. and it was right at the time of all the gang riots and all the fighting of Crips and Bloods. It was that whole stage where Southern California went through where the gang violence was at a heightened level beyond, and I was exposed to people living and dying and violence and the sadness of the inner city and the poverty and the police brutality. As I got a little bit older, those experiences, I feel, pushed me in a spiritual direction. Like, what is the meaning of this? What is the purpose of this? I don’t understand why this exists or why people are choosing this or why there is so much anger and despair, and I think I had a lot of questions about the mind because I somehow knew at a certain age that there’s something’s wrong with our minds.

Spring Washam is a visionary meditation and dharma teacher based in California and South America. She is a founding teacher of the East Bay Meditation Center and a member of the Spirit Rock Teachers Council. She is the founder of Lotus Vine Journeys, blending indigenous healing practices with Buddhist wisdom. She is a healer, facilitator, spiritual activist, and writer, leading workshops, classes, and retreats worldwide. A Fierce Heart is her first book. 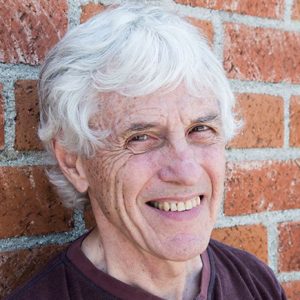