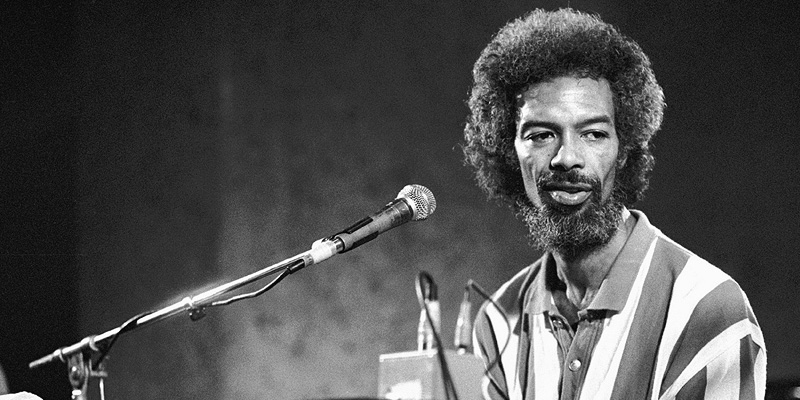 Speaking with Han Ong, the Playwright Bringing Gil Scott-Heron Back to Life

In a room off of the administrative offices of San Francisco’s Magic Theatre, playwright and novelist Han Ong sits by an open window that looks out to a view of the Pacific. Ong is here from his home in New York for rehearsals of his new play, Grandeur. The Magic, celebrating its 50th anniversary this year, is known for nurturing writers such as Sam Shepard, who wrote his seminal plays in his residency here, including the Pulitzer Prize-winning Buried Child, True West, and Fool for Love.

Ong made his professional debut here 25 years ago, with Reasons to Live. After years of writing novels, including Fixer Chao and The Disinherited, Ong is coming back to the theater—and to the Magic- with Grandeur, which imagines a journalist’s meeting with musician Gil Scott-Heron.

Ong, originally from the Philippines, came to Los Angeles with his family when he was 16. Rather than finishing high school, he went to work so that he could become financially independent and dedicate himself to writing. In 1997, when he was 29, he won the prestigious MacArthur Fellowship for what people at the foundation called “street-smart, worldly, and compassionate vision through theatrical works that are both eloquent and raw.” Ong has written dozens of plays including The L.A. Plays, The Chang Fragments, Middle Finger, and The Suitcase Trilogy, which have been produced in venues including the Joseph Papp Public Theater, Berkeley Repertory Theater, the Mark Taper Forum and the American Repertory Theater.

Ong and I talked about the students reigniting his love of theater, how artists are perceived during their lives and after their death, and how time is the ultimate author of anyone’s life.

Emily Wilson: Why did you take a break from playwriting, and what drew you back?

Han Ong: Around ‘97 or ‘98, I stopped writing plays to branch out into novel writing. Because of the word-intensiveness and the time-intensiveness, it takes so much longer to write and complete a novel than it does a play. So once I began to experiment in that form, I got caught up in that world, and I had nothing left over for playwriting.

I published my first novel in 2001, Fixer Chao. That would have meant I sold it in 2000, and it took around two years to complete, so around ‘98 I was already in the midst of a first draft of that book; that’s how long it took. Then when it came out, it made some noise, and I was happy. I thought maybe I do have a future; it’s nice to feel you have some kind of green light ahead of you. So I then began a second novel, The Disinherited, which came out in 2004, and that took a lot of time and energy.

What drew me back is that from 2006 to 2010, to make a living, I began teaching playwriting at New York City’s 92nd Street Y, which has a great writing program as well as readings. In the five years I taught there, the demographic swath of my students was very wide; there were people who were about to retire, there were people who were already retired, there were people still in college, and that’s a very lovely mix, you know. During that time a lot of students loved the theater. They loved going to the theater, they loved talking about the theater, so that love slowly seeped back in to me from being in those rooms teaching playwriting. I got re-infected with the bug as it were.

I began a few plays experimentally, to dip my toe in. There were a couple of experiments I didn’t finish. I needed a reintroduction as I was still questioning whether I had a second life in the theater. The first thing I really completed was produced by small Asian theater, Ma-Yi Theater Company in 2014, called Chairs and a Long Table. The La Jolla Playhouse did a musical based on Hans Christian Anderson’s The Nightingale set in China and there was a controversy over casting non-Asian actors, and some Asian American actors and activists began to agitate against that. The play touches on that.

EW: Is that correct you didn’t have formal schooling and didn’t finish high school?

We were waiting la a long while for the transcripts, and when they came, by their calculus, they put me in the 10th grade. So that was part of my leaving school; I did not want to spend an extra two years there. I came to this country in ’84, and at that time it was still possible to entertain a bright enough future where college was not a ticket that you needed to get punched. Nowadays it’s tough, but you have to factor in that I was acclimating to a new country and not as cognizant of college as part of the pipeline to a middle class life. I worked menial jobs so that I could be independent and start writing.

EW: Did you know you wanted to be a writer when you were a kid in the Philippines?

HO: Yeah, at a very young age. I was sickly, so I was often indoors and read books. It’s that kind of book love that gets inculcated at an early age, and then that’s it.

EW: What was it like winning the MacArthur at a young age?

HO: It wasn’t detrimental at all. I know some people ask, did it put a lot of pressure on you?, and it never did put that much pressure on me. I was 29 when I won. I guess it was life changing in small ways; suddenly any description of me would have to involve the MacArthur. I did not go to college; I dropped out of high school and got a GED. And when you did not go to college and you’re teaching, people need credentials. The MacArthur is just as good if not better than having a MFA—it sort of precedes me through the door.

EW: What made you decide to write about Gil Scott-Heron?

EW: Do you mean because of the controversy around his struggles with addiction?

HO: More than that, people forgot about him. It’s a big ball of yarn what part of it as artists is our own hand in our decline, but a lot of it we have no control over. The larger culture sort of does with us what they will.

What also moved me was in the chronology of Gil Scott’s life—he released an album in 2010, which was his first album in 16 years, I believe, and that album, I’m New Here, is a very good album. So in 2010, after not being heard from in years and years, he releases this beautiful album, movingly so—there’s no guarantees in your dotage that you can still create. We’re human, so we’re subject to human decline. It was so unexpectedly good to hear from him, and there was an expectation that Gil would use the next few years as a kind of victory lap to soak up the adulation, but he passed away in 2011.

The death came so quickly and cut into what might have been a comeback, and that’s very poignant. There’s somebody who would be receiving laurels. That moved me; I don’t know who wouldn’t be moved by that.

EW: Why have a reporter interview him in the play?

HO: He’s an interviewer from the New York Review of Books. I wanted to do that because part of the pitch of journalist in the play is that a lot of people only write about Scott Heron’s songs, but he has a global vision to write about the books and songs—his oeuvre, which is a fun, funny word.

EW: What do you think about contemporary resonance of Scott-Heron’s work?

HO: I’ve heard a lot of people testify to that. But I’ve also heard people say about the song, “The Revolution Will Not Be Televised,” that he’s kind of wrong. My response to that is okay, but you can interpret the lyrics to mean some other thing, which is that he is counseling against apathy. You don’t just tune in and watch the revolution; the revolution will not just come to you, you have to go to it. The revolution on TV maybe is not the real revolution. Maybe the revolution is inside each mind as it changes and becomes more complex as it awakens.

As for the political resonance of it, I don’t think we touch on it so much in the play. There’s a line that Gil Scott-Heron says: that one writer is the greatest of all, and it’s time. He says, time has written over what I’ve written and made my writing more moving than I set out to be and less potent than I was. So what generations or news cycles make of our work is their making. We are hostage to whatever interpretations are foisted upon us. To say Gil Scott’s work speaks to our time is also to just say the 70s struggle speaks to our time. So I think it’s just cyclical—any smart, young, cognizant political spirit writing in that era will find a correlation in this new era of political activism.

EW: Why did this play come to the Magic?

HO: I was gone for so long, and one of question marks was, I can write plays, but will these plays ever see the light of day? Fifteen, sixteen years is a long time not to keep contacts active, and I was sort of going to places with my hat in hand. What happened is that a friend of mine, Jessica Hagedorn, who had her play produced last season at the Magic [Dogeaters], asked to read my play, and she loved and passed it along to the artistic director, Loretta Greco. Loretta knew me, so I wasn’t unknown entity, and she read the play and she loved it, so we did a reading of it. It seemed like it had legs and spirit, so here we are.

Emily Wilson writes for print, radio and the web. She teaches at City College of San Francisco.

Rescuing the Treasures of a Dead Jazz Legend 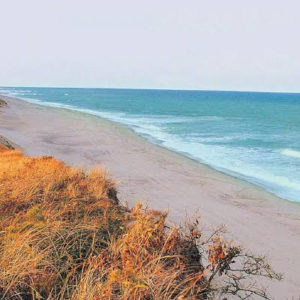 A Sag Harbor tradition continues as the community gathers for a marathon reading of Moby-Dick, a classic grounded in the whaling...
© LitHub
Back to top