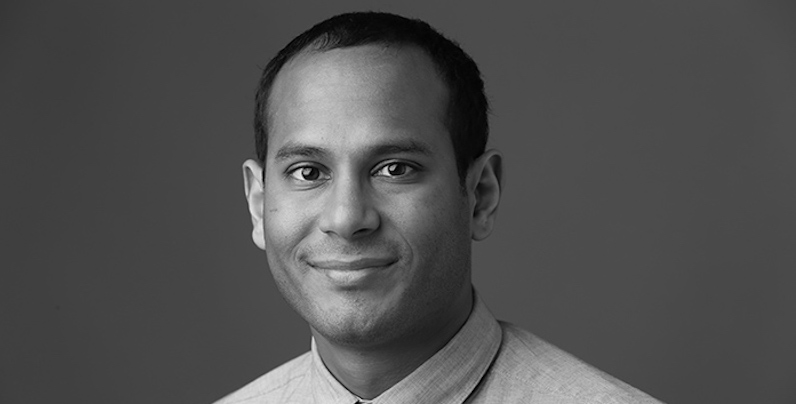 The Author of Missed Translations Talks to Megha Majumdar

Sopan Deb, a culture reporter for The New York Times, has interviewed the cast of Arrested Development, reviewed theater on Broadway, and currently reports on professional basketball. Before joining the Times, he covered Donald Trump’s presidential campaign for CBS News. He is also—I love this—a stand-up comedian.

In Deb’s ample free time, he also wrote a remarkable memoir, Missed Translations: Meeting the Immigrant Parents Who Raised Me (Dey Street Books, April 2020). In the foreword, Hasan Minhaj writes, “[Deb] dives right into the darkest sides of South Asian culture, stuff that we only see in our living rooms, but never talk about. Depression, divorce, abuse, and betrayal are put front and center. And he does this in the gutsiest way possible: he asks his parents about it to their face.”

Deb grew up in New Jersey, with Bengali parents, and I grew up Bengali in West Bengal. I wanted to meet this fellow Bengali writer in New York and to chat about this thoughtful, often difficult book. Deb told me, “The book is a portrait of a broken immigrant family and my attempt to put it back together the best I can.”

Megha Majumdar: How did you find the courage to tell this story?

Sopan Deb: Aging. My parents are, between the two of them, roughly 150 years old combined. They don’t have a lot of time left. And I knew that if I didn’t try to learn who they are now, I might not have the chance, ever. And no matter what gulf existed between the two of us, it got to a point where that was unacceptable to me.

“This kind of project requires you to be able to look inward. Prepare to look inward, and if you’re not ready for that, then this is not the project for you.”

MM: What was the process of writing this memoir like?

SD: Exhausting and therapeutic. What I wanted to do was to get my parents to open up about who they were, about their feelings. I wanted us to air our differences. I wanted to find out where we bonded, and where we didn’t bond. For my parents, they couldn’t even conceive of that. My father, at first, could not conceive of the fact that I want to write a book about family dynamics, heartbreak and anger and happiness. For me it was cathartic to write about this; it gave me the opportunity to go to my parents and tell them about the things that upset me as a child, and the things that I appreciated about them that I didn’t express, in my anger, when I was younger.

MM: I had a question here about your mother. You learned something huge about your mother—I won’t give it away. And you begin to understand what she has survived. What are your thoughts about trauma and mental health, especially in South Asian and immigrant families?

SD: I think the generation of immigrant parents that came to this country, a lot of them came here with very little and their objective was to get to the end of the day. It was to survive. Whereas I grew up in a Jersey suburb. I had the freedom to explore my emotional needs. It’s not that my parents rejected therapies; it’s that they didn’t even know what they were. They didn’t have the language to talk about it. And that’s what I learned about trauma in this book. Part of the objective of the book was to get them to engage with it.

MM: I’m going to double check that this recorder is working (checks). Have you ever lost an interview?

SD: No. Because I always have multiple recorders running. When I sat down with the cast of Arrested Development, I had three. And thank goodness, because the interview ended up being pretty explosive. If I walked out of there and didn’t have the audio, I might have purposely thrown myself in front of a car.

MM: You brought those journalistic skills with you when you were talking to your parents about their histories. What did being a journalist teach you that you brought to this project of learning about your family?

MM: Do you have one tip for somebody who wants to excavate family history in this way? How might they do it?

SD: If all four of the members of my family wrote our own versions of this book, it would be four different books. You have to be prepared for the fact that you don’t see things the way your parents see things, and you have to do your best to bridge those gaps. And then, this kind of project requires you to be able to look inward. Prepare to look inward, and if you’re not ready for that, then this is not the project for you.

MM: How was writing the book similar to or different from preparing for or doing comedy?

SD: Totally different from writing comedy. Because when you’re doing stand-up or writing sketch, you have one goal: to make people laugh. That’s it. That is not the aim of the book. You might laugh at some parts and I hope people do.

MM: But you’re vulnerable in both.

SD: In some ways writing the book was easier than writing standup. But in terms of vulnerability and fear, the book far trumps standup in that respect.

MM: What do you do when you have a really tough show? How do you pick yourself up?

SD: I have faith in my material. And the truth is, the same joke that killed on Friday night might not kill on Saturday night. It’s just how it is. Standup is very—what time of day you perform matters, where you go in the order matters. Order of comedians matters, how much energy you have matters. The venue, how many people are in the crowd, all of this matters. I’ve performed twice in the same day or twice in the same weekend and killed it sometimes with the same material and then totally bombed in others. You just hope that doesn’t happen the next time. But it’s part of the gig.

MM: Let’s talk about being Bengali. What are the ways in which Bengaliness is present in your life?

SD: I value being bilingual a lot. I love the Bengali language.

SD: Han, bolte pari. I love speaking it. So when I went to Kolkata to see my father, I loved being able to speak it with my relatives and being able to get around town. That’s something I took a lot of pride in. Bengali creativity is also something that has seeped into me. When I was growing up, actually, my mom—out of an awareness of creativity being important for Bengalis—she made me take classical Indian vocal lessons. I used to sing at pujas [Author’s note: worship ceremonies and festivities]. With that also came piano lessons. I took classical piano lessons for several years. I’m in a band now. Am I going to play Carnegie Hall anytime soon? No, of course not. But can I sit down and fit in any band? Yeah. And I take a lot of pride in that.

MM: Something I really loved was how you included some Bengali words in the book. How did you make the choices about what to translate and what not to translate?

SD: I felt like I didn’t want to whitewash this in any way. I truly find Bengali a beautiful language. I always have. And seeing it on a page, I think, magnifies that a bit. I would like people to see that.

“We spent a lifetime not communicating and a lifetime of not discussing how we felt. Ultimately, I think they understood what I was trying to do.”

SD: One of the most interesting things to me as I met some of my aunts and uncles for the first time was how at home I felt. I felt connected to these people.

MM: Have your parents read the book?

SD: They have. I’ll leave it at this. They both had complicated reactions to the book. It was not an easy thing for them to read, because we spent a lifetime not communicating and a lifetime of not discussing how we felt. Ultimately, I think they understood what I was trying to do. And that’s what matters.

MM: If you could offer some advice to your childhood self, what would it be?

SD: I’ve thought about that a lot. And I never have a satisfactory answer. But this is essentially a question about regret. And if I’m being 100 percent honest, I regret not getting to know my parents more. I would tell my childhood self that you should put more effort in it. It’s not like if I put more effort in, my parents would have been [like the characters in] Full House. But I wish I hadn’t waited until 30 to start this process. I wish I started this when I was five. I think that’s what I would tell my younger self.

Megha Majumdar was born and raised in Kolkata, India. She moved to the United States to attend college at Harvard University, followed by graduate school in social anthropology at Johns Hopkins University. She works as an editor at Catapult and lives in New York City. A Burning is her first book. Follow her on Twitter @MeghaMaj and Instagram @megha.maj.

"I Ate It All and I Really Thought I Wouldn't" 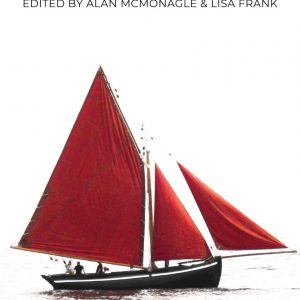 "I Ate It All and I Really Thought I Wouldn't"

It’s the soggy kind of wind that undoes all the hair-dos on the west coast of Ireland; that makes broken tents of nice...
© LitHub
Back to top