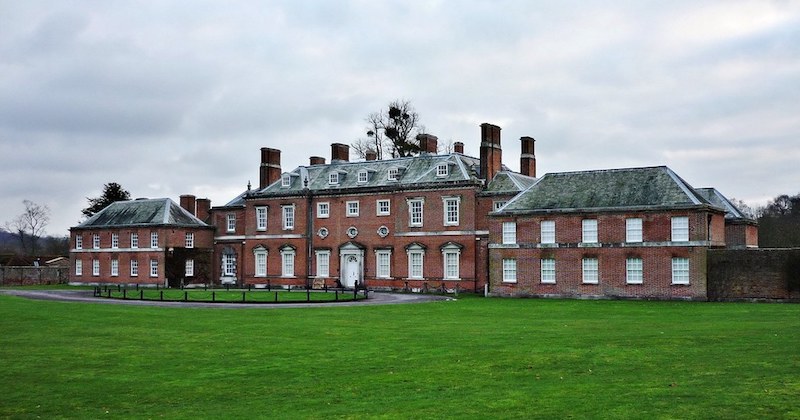 Soon you’ll be able to vacation at Jane Austen’s country estate . . . in a cowshed.

Fanny in Mansfield Park was right when she said that “to sit in the shade in a fine day and look upon verdure is the most perfect refreshment”—and Austen fans will soon be able to refresh themselves right where Jane Austen did. According to the owners, soon vacationers will be able to stay (relax, write, what have you) at Godmersham Park, one of Jane Austen’s preferred writing destinations. The catch: they’ll be staying in a cowshed.

Godmersham Park, thought to be the inspiration for Mansfield Park, was an consistent presence in Austen’s life. Austen stayed at Godmersham Park from time to time when it was owned by her brother Edward Knight; her visits to Godmersham allowed her a change of pace, as well as unfettered access to the Godmersham library, when she was working on Sense and Sensibility, Pride and Prejudice, Mansfield Park, and Northanger Abbey. Austen wrote to her sister Cassandra that in the library she was “Mistress of all I survey—at least I may say so and repeat the whole poem if I like it.” And Austen’s nieces’ recollections of her visits conjure images of a leisurely writer’s retreat with a willing audience:

I remember how Aunt Jane would sit quietly [sewing] beside the fire in the library, saying nothing for a good while, and then would suddenly burst out laughing, jump up and run across the room to a table where pens and paper were lying, write something down, and then come back to the fire and go on quietly working as before. (Louisa)

She used to bring the manuscript of whatever novel she was writing with her, and would shut herself up with my elder sisters in one of the bedrooms to read them aloud. I and the younger ones used to hear peals of laughter through the door and thought it very hard that we should be shut out from what was so delightful. (Marianne)

Sounds ideal for a vacation, productive or unproductive. But the area in Godmersham Park the owners, Sunley Farms Limited, is renting with the “Jane Austen stayed here” hook is a small outbuilding that sits far from the main house, known as the Byre—a term for a cowshed.

So it’s not exactly the same as Austen having the library all to herself. The property has been called “full of character,” which is a bit ominous. But the indoors, which has fallen into disrepair, is being remodeled; there will be one bedroom upstairs and a kitchen and dining area on the ground floor, perfect for couples on vacation. There’s no library yet, but that wasn’t all Austen liked at Godmersham: she wrote to Cassandra that at Godmersham she planned to “eat Ice & drink French wine and be above Vulgar Economy.” And with the right attitude, you can do that anywhere.