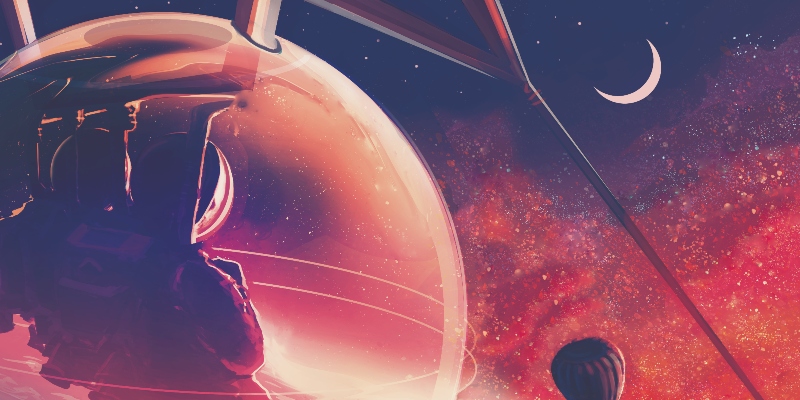 R.W.W. Greene in Conversation with Rob Wolf on the New Books Network Podcast

With the help of speed-of-light travel, Greene’s character Adem Saddiq can sign a contract with the parents of his wife-to-be before she’s born, take to space on his family’s tradership and return several months later to find his 26-year-old bride, Hisako Sasaki, waiting for him. Because time dilation allows him to jump 26 years into the future, he can have his bride made-to-order, specifying what degrees and skills she’ll need to play a productive part in the family business. He can even require that she receive genetic modifications to make her a genius.

Greene imagines that the same considerations that shaped arranged marriages in the past will shape them in the future. Hisako’s “parents are very poor. They’re refugees,” he explains. “Their only way to get out of this situation is to sign the contract. It’s going to allow Adem and his family to pay for Hisako’s schooling, which she wouldn’t otherwise have gotten. It’s going to pay for a family apartment, which they wouldn’t otherwise have had. And it’s going to make sure that she has a life that’s going to be far better than her parents’.”

Understandably, Hisako sees the situation differently. “If you’re the kid, your whole life has been stolen from you and preordained and pre-contracted. Like Hisako, you’d be a little pissed about it.”

Rob Wolf: The book is set a thousand years in the future and yet, in the first chapter, you introduce a very old custom—arranged marriage. How did you come to write a novel about arranged marriage?

R.W.W. Greene: I was taking a shower after coming home from Boskcone, which is a science fiction convention in Boston that I go to every year. … And I was ruminating on time dilation and relativity and how that would affect relationships. … One reason for arranged marriage was to increase your social status or increase your possibility of wealth. It seems to me that … marriage is going to remain a social climbing opportunity far into the future.

RW: The person that Adem Saddiq is going to marry actually hasn’t been born yet, and yet he plans to come back in less than a year and marry her. Can you explain how that’s possible?

RWWG: That’s where relativity and time dilation kicks in. Adem lives on his family-owned tradership, the Hajj, and it can travel at speeds very close to the speed of light. As you get closer to the speed of light, time dilates for you—less time passes for you on the ship than it does for the people on the planet you left behind. So Adem is going to make this trader flight, which will take him about 18 months in his time. But while that’s happening, about 26 years is going to pass by on his betrothed’s planet. So she’ll go from not born to educated to 26 years old to show up at the altar to be married.

RW: How does speed-of-light travel affect people’s attitudes towards politics and culture and society? The Saddiqs are gone for a few months, but when they come back, so much time has passed that all the fashion and technology and music and even mores have changed. There could have been a war or a revolution and, in a sense, it doesn’t matter. They come back and they go, “Oh, that happened 30 years ago?” I wonder, what does that do to someone?

RWWG: There’s a point in the book where Adem talks about how he feels like a stone skipping on the water because he is only is able to touch down on these planets every 25 to 50 years. So as you’re saying, all these things could pass by before he knows it. As such, he doesn’t feel grounded in the universe. The only real world he has is the ship where his family is. His mom is the captain. His dad is the ship’s doctor. And his sister, Lucy, is the pilot. So it’s truly a family affair. … I would much rather be in a regular, linear life than skipping around, as interesting as that might be. Think of all the things that you miss out on by being that skipping stone, as opposed to being the blossom that blooms where it’s planted.

R.W.W. Greene is a writer living in southern New Hampshire. He’s worked as a print journalist, a high school teacher, and the operator of an animal crematory. The Light Years is his first novel.

This Year’s NBCC Award Finalists: The Dragons, The Giant, The Women by Wayétu Moore 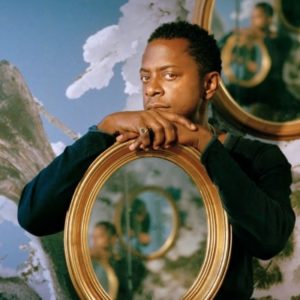