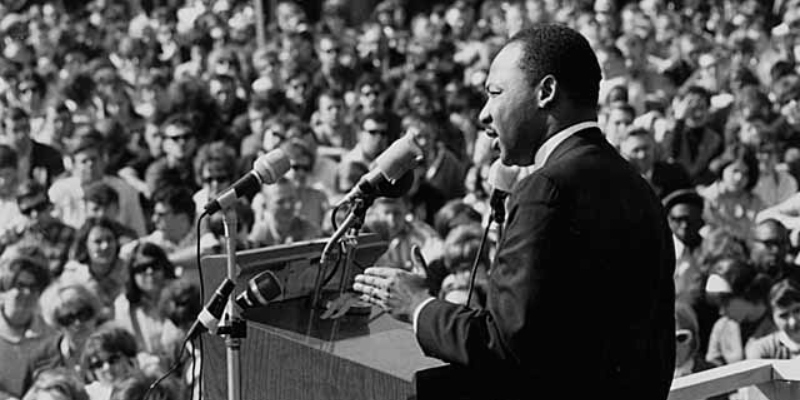 “Somehow This Madness Must Cease.” Revisiting MLK Jr.’s Sermon Against the Vietnam War

The war questions are back, you notice—in everyday America: the talk of risk, the chance of ruin, the push and pull of righteousness, restraint; and all that history in our heads. Who gets it right about the moral stakes between war and peace, the plain people’s interest in the so-called strategic national interests? The point of reflection this hour is Martin Luther King Jr.’s radical sermon against a war underway, in Vietnam, half a century ago. “Somehow this madness must cease,” King said, in April of 1967, half a decade of that war yet to be fought. The test of American maturity, Dr. King said, would come later: would we see and repent an immoral war of colonial domination? Would we atone for our damage to the Vietnamese people? Would we change our ways?

Martin Luther King Jr. delivered his second most famous speech 55 years ago this week. Three years earlier he’d been the youngest ever to win the Nobel Peace prize. One year later, to the day, he was assassinated. Dr. King’s sermon in Riverside Church in Manhattan beamed a searing moral judgment on the war in Vietnam and equally on the soul of America. It was an anti-war speech for Vietnam time, and it resounds today like a call to conscience and to moral realism for all time, including our own.

We’re opening that time capsule this hour in our collaboration with the Quincy Institute for Responsible Statecraft, in a radio and podcast series we’re calling In Search of Monsters. Quincy Institute founder Andrew Bacevich is one of our guests this hour. Before Dr. King’s Vietnam speech in April, 1967, the drive in his civil rights movement had been aimed at equality and justice for the descendants of slavery, and for poor people in general. But the war had undermined the priorities and funding for social reform, he said, so Vietnam had forced a turn on his vocation.

How Perfume Becomes an Evocative Clue for Mystery Writers 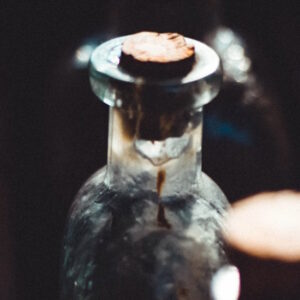 How Perfume Becomes an Evocative Clue for Mystery Writers

Mystery novels offer a more nuanced perspective in which perfumes are one intriguing tool in the box of dark communication...
© LitHub
Back to top