“Some Products of the Imagination” 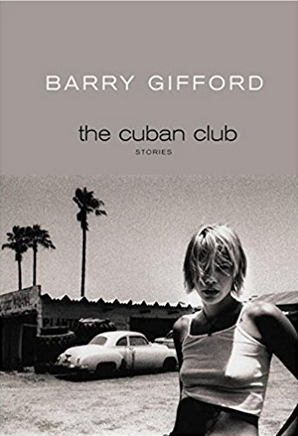 The following is from Barry Gifford’s collection, The Cuban Club. The Cuban Club is Barry Gifford’s ultimate coming-of-age story told as sixty-seven linked tales, a creation myth of the Fall as seen through the eyes of an innocent boy. Barry Gifford the author of more than forty works of fiction, nonfiction, and poetry, which have been translated into over twenty-five languages.

Roy did not realize he was lost until a woman hanging wash on a line in her backyard asked him what he was doing there. Roy was walking home alone from kindergarten. It had been his second day at school and he had decided to take a shortcut through the alley between Washtenaw and Minnetonka streets and then cut through a yard to get to Minnetonka.

“Where are you going, little boy?” the woman asked him.

Sheets and towels on the line were fluttering in the wind and the sun was half-blinding him.

“What street do you live on?”

“I’m not trying to steal anything, lady. I was just cutting through.” “You don’t look like a thief. What’s your name?”

“Roy. I live on Rockwell, with my mother.”

One of the sheets kept flapping up in Roy’s face so he ducked under it and stood directly in front of the woman, who seemed very big. She was wearing a gray and white checked housecoat, and her long black hair was being blown back and forth across her face.

“Well, Roy, Rockwell is one block over. Is your house closer to Ojibway or to Minnetonka?”

“Then you’ll turn left on Rockwell.”

“Can I walk through your yard or should I go back to the alley?” “Of course you can walk through the yard. How old are you?” “Five.”

“You’re very young to be walking to or from school by yourself.

It’s more than half a mile from your house.”

“I can do it. I just got confused trying to take a shortcut.” “My name is Mrs. Miller, Roy. You can cut through my yard

When Roy got home nobody was there. Both his mother and grandmother, who was visiting from Miami, were out. His mother had left a note for him on the kitchen table.

Roy, I hope you had a good day at school. Nanny and I have gone downtown to buy her a coat. She is not used to the cold weather in Chicago. There is roast beef left over from last night’s dinner in the refrigerator. Make yourself a sandwich if you are hungry. The bread is in the bread box. Drink a glass of milk. Nanny and I will be home soon.
–Mom

Roy wasn’t hungry, so he went into his room and lay down on the bed. The next thing he knew his mother was sitting on the bed talking to him.

“Hi, sweetheart. Did you eat something?”

“No, I guess I was too tired. I dreamed I was lost in a desert and the wind was blowing sand around so I couldn’t see very well and then a beautiful lady appeared out of the sand and held my hand and led me out of the desert.”

“Did you recognize this beautiful lady, Roy? Was it me?” “No, she had black hair.”

Both Roy’s mother and grandmother, who had come into the room, laughed.

“Maybe Mrs. Miller was a mirage,” said his mother. “What’s a mirage?”

“Something you think you see but it’s not really there. It’s a product of the imagination.”

“How do you like my new coat, Roy?” his grandmother asked. She was wearing a bright pink coat.

“Anyone can see me in this,” she said, “especially drivers when I’m crossing a busy street.”

“Tell me if you want to eat something,” said his mother.

She smoothed his hair back off his forehead, then she stood up and both women left Roy’s room.

On his way home from school the next afternoon, Roy opened the back gate to Mrs. Miller’s yard, closed it behind him, and was about to walk through when a man came out of the back door of the house and said, “Where do you think you’re going?”

The man was very big, bigger than Mrs. Miller, and he had a mean look on his face. He walked toward Roy.

“Mrs. Miller said I could cut through her yard on my way home from school.”

The man’s head was completely bald and red. His face and eyes were red, too. Roy backed away, opened the gate and stepped into the alley.

“What happened to Mrs. Miller?” he asked.

“Something will happen to you and any of your friends if I catch you in here.”

The man pulled on the gate and closed it with a loud clang, then he turned around and stomped back to the house.

Each day for the rest of that week Roy stopped in the alley and looked into the yard but Mrs. Miller was never there. After that, he walked home a different way.

About a month later, Roy was with his mother on Ojibway Boulevard when he saw Mrs. Miller walking toward them. He was about to say hello but Mrs. Miller passed by without looking at him. Roy stopped and looked back at her. She was holding a big brown dog on a leash.

Roy remained curious about Mrs. Miller and the man who had kicked him out of the yard. Why did she tell him she didn’t have a dog? Roy decided to go back one more time to ask her. He stood in the alley behind the Miller house and waited for twenty minutes before the back door opened and the brown dog bounded down the steps followed by Mrs. Miller.

Roy went up to the fence and said, “Mrs. Miller? Can I talk to you?”

She came over to the fence, as did the dog. “Hello, Roy. I haven’t seen you for a long time.”

“I tried to cut through your yard one day and a man came out and told me I couldn’t. He said if I tried to again he would let his dog out to attack me. I told him you said I could and that you said you didn’t have a dog. After that, I saw you on Ojibway Boulevard walking with this dog.”

Mrs. Miller smiled and said, “I’m sorry for the confusion, Roy. The man is my brother, Eugene. He was staying here for a few days. He lives in St. Louis. This is his dog, Grisby. Eugene went back to St. Louis and left Grisby with me until he finds a new place to live. I’m afraid Grisby isn’t properly socialized, so it’s probably a good idea while I have him here that you don’t cut through the yard. He might bite you.”

“I’m sorry, Roy. I don’t think he’ll be here too much longer, though I don’t mind having his company.”

Grisby propped his large front paws on top of the fence and barked at Roy. He had a long, green tongue and sharp teeth.

“Your brother is scary,” Roy said.

Mrs. Miller stared at Roy for a few moments before answering. “Yes, as a matter of fact, he was. How could you know? Did Eugene tell you?”

“Was it for murder?”

Grisby got down from the fence and followed her. Roy noticed that part of the dog’s tail was missing; it looked as if half of it had been chopped off.

Just as he arrived at his house, Roy’s mother ran out and shouted something Roy could not hear clearly at his grandmother, who was standing in the doorway. He watched his mother get into her car without saying anything to him and drive away.

“What happened, Nanny?” he asked. “Where’s my mother going?”

“I couldn’t stop her, Roy. Like most really beautiful women, she’s often overwhelmed by her insecurities.”

“I don’t know what that means.”

“It doesn’t matter. Come into the house.” “Is she in trouble?”

“Mrs. Miller is really beautiful and I think she’s in trouble.”

“I told you and Mom about her. Her brother Eugene is a murderer. He escaped from prison and killed Mrs. Miller’s husband.”

From The Cuban Club. Used with permission of Seven Stories. Copyright © 2017 by Barry Gifford. 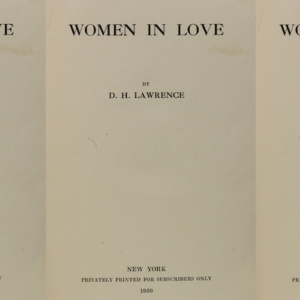 Lit Hub Daily: November 9, 2017 Anne Sexton makes an enemy. OR, How a poet should respond to a critic. | Literary Hub Dave Eggers draws animals...
© LitHub
Back to top