David Abrams on Seeing the Individuality of Veterans

I was in the Army for 20 years and over the course of those two decades, I worked with liars, adulterers, gamblers, and murderers.

I also served alongside mothers with tissues tucked up their sleeves, ready to swipe at runny noses; a blues musician who’d give B.B. King a run for his money; marathoners with calves strung taut as bows; a beer-bellied dude who published poems in obscure literary journals; and a woman who kept so many exotic birds in her house, I always left her parties picking feathers out of my mouth.

In short, my Army contained multitudes. We were the good, the bad, and the mild median. We were snowflakes in the proper sense of the word before it was corrupted by the alt-right: no two of us were alike.

And yet mass media continues to cast military members in a mold, send them down the conveyor belt, and package them as action figures in neat rows behind cellophane. When I see war movies or listen to the words that torrent hyperbolically out of politicians’ mouths, I don’t recognize the people I worked with. Far too often, those who serve are a collection of clichés from the far ends of the spectrum: either clean-cut, impossibly perfect heroes or PTSD-addled warriors ready to erupt in spree-shooting rage. The regular working class in camouflage are virtually invisible.

I watch trailers for the new crop of military-themed TV shows (The Brave, Valor, Six) and I’m greeted with more of the same old same old: crisp uniforms with nary a hint of mud or blood, impossibly beautiful actors who go around yelling “Let’s do this!,” and lots and lots of American flags drenched in sunshine; but then I watch Ken Burns’ Vietnam and those grim, grimed, gore-spattered soldiers stand on the opposite side of the chasm of reality. Where are the ordinary in-betweens?

I want to meet more people like the soldier who once had a reputation as “the Wheelie King” of Miami after he removed the front tire from his BMX bike and, popping a wheelie, rode back and forth to work like a non-stop Evel Knievel. His easy-going charm and backward-leaning skills even earned him a spot on the local news. But we know a different side of this soldier, Sgt. La David Johnson. He makes headlines for being the victim of an ambush in Niger and, worse, the victim of a blundering presidential phone call, and all sense of his life before the headlines is glossed over.

In all the rhetoric about La David Johnson’s military service—the adjectives ballooning from the glory-struck mouths of politicians and in media segments which only serve to reduce his personhood to a single moment of his military career—where are the stories about his determination to ride several miles each day on one tire? Why don’t we hear more about Spc. Adam Rivera, a petroleum specialist, who used his off-duty hours during his deployment to Iraq to design and build a customized action figure toy for his three-year-old son? Likewise, where are the infantrymen who moonlight as beekeepers, or the foot-stomping guitarists, or the stamp collectors, or the weirdoes who love their cockatoos more than they should?

My strong feelings regarding this issue stem not just from wanting to see the military lives I know reflected more broadly and accurately in the civilian world; there are many reasons why we desperately need an accurate depiction of today’s military in literature, film, and journalism.

The military recruiting machine—with an assist from mass media—thrives on heroic imagery, to the point where we’re in danger of building troop strength through slickly crafted lies. Top Gun, American Sniper, and that Tom Clancy novel you hold in your hands are all sexy falsehoods, working overtime at the recruiter’s office. That explosion you see blooming in the distance behind the actor’s helmet can look like a halo edged by heavenly light. That squeal of descending mortars can sound a lot like the trumpets of angels. But it’s all illusion: I know of few soldiers who’ve ever actually attained action-hero glory (nor are any of them reaching for those lofty heroic laurels). They’re too busy surviving the day-to-day (from humdrum to horror) to worry about “being all they can be.”

Building extraordinary heroes, like Frankensteins assembled not with spare body parts but tropes gathered from books and movies, can also wreak havoc with the soul of a democracy. There is an unhealthy lack of skepticism when it comes to the US military. Because “supporting the troops” borders on something like holy reverence, we rarely question the actions of our uniformed men and women. Surely a camo-clad figure running across a battlefield waving the Stars and Stripes can only be on the good side of history, right? It’s all gung-ho, “hoorah!” bravery plunging forward into the cannon smoke. But if we thought of our servicemembers as more flesh than steel, more blood than flag-cloth, maybe we’d put the brakes on blithely sending them a thousand miles away to a desert war (one we’ll hardly be bothered to remember as time goes on). If we saw our warriors as people thicker than cardboard cutouts, maybe we’d take a sharper scalpel to the defense budget, making sensible and judicious cuts when necessary.

As much as we’d like to pedestal-worship our military, the fact is that those in uniform are pockmarked with defects, some large, some small, but enough to keep everyone more closely resembling a human than a comic-book avenger.

Most of my co-workers and I never wanted to end up as a bumper-sticker slogan; to us, we were just doing our jobs, taking pride in what we did—or finding the fortitude to bear with a job that at times felt unbearable—and looking forward to getting a regular paycheck. Not unlike your average supermarket cashier, college professor, welder, or computer programmer.

Individual servicemembers have their share of problems—just like that woman in your workplace two cubicles over who’s often found sitting at her desk staring into space as she wonders whether her husband’s sudden surge of attention with flowers and dinners at Delmonico’s are signs he’s having an affair… or the rancher who never fully healed from the devastating news his daughter had been killed in a drunk-driving accident ten years ago… or the elementary school teacher whose doctor just told her she can never have children of her own. All of those same kind of sorrows and worries afflict soldiers on an ongoing basis, but you’d never know it by the way we publicly dress our military with parades, yellow ribbons, and cheerful chirps of “Thank you for your service” any time we see a stranger in uniform. Little do they know one person’s “service” could include three tours to Afghanistan and Iraq that were filled with the most horrific moments of his or her life.

Those who serve don’t want your catch-phrases, they want your down-to-earth candor.  As someone recently said in a comment on my Facebook wall: “Vets are individuals, and that is most evident in the stories they write and tell, not in the stories that are told about them.” Too often, politicians hasten to praise medal-winners they never knew until a speechwriter whispered a name in their ear. In their rush to carry the hero to the goal line, they usually fumble the ball. Here’s a thought: what if they close their jaws for one minute and listen as servicemembers tell their own stories, in their own way, in their own time? What veterans have to say probably won’t be a good fit for a poster, a commercial, or a recruiting brochure. In all likelihood, it will be a blessedly beautiful story of the ordinary which might or might not involve cockatoos. We need those tales of the mundane so the occasional accounts of death-defying heroism are all that much more believable.

So, on this Veterans Day, I am asking us to remember that the military is a melting pot of personalities. We are snowflakes. We are transgender. We are bigots. We sing in church choirs. We feel stuck in ruts. We look in the mirror and, depending on the day, we either like ourselves or loathe ourselves. We are happy, sad, ambitious, and lazy. We are everyone. We are you.

David Abrams is the author of the novel Brave Deeds. His debut, Fobbit, was a New York Times Notable Book. He served in the U.S. Army for twenty years, and was deployed to Iraq in 2005 as part of a public affairs team. His stories have appeared in Esquire, Narrative, and other literary magazines.

"Some Products of the Imagination" 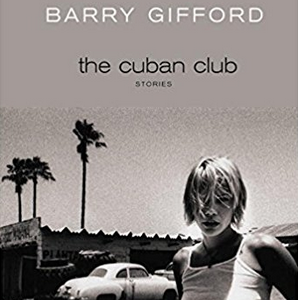 "Some Products of the Imagination"

Roy did not realize he was lost until a woman hanging wash on a line in her backyard asked him what he was doing there. Roy was walking...
© LitHub
Back to top