Twelve Writers Who Have a Shot

By Lavanya Krishnan and Sandeep Bethanabhotla

This Nobel Season, six white Swedish people (with undoubtedly excellent taste, albeit a limited comfort zone) will get to decide which obscure writer (or not-so-obscure writer, if some of the recent wins are any indication) will be read by millions of readers who otherwise may not care to know their Krasznahorkai from their Knausgaard.

It can be quite disconcerting just how much power literary prizes have, with their ability to push hitherto unknown writers from the figurative shadows into the spotlight. And this has especially been true of the Nobel (Just ask the publisher Godine how many novels of Patrick Modiano they sold, before and after he won the Nobel in 2014).

And so, for the past seven years at Boxwalla, we have tried to stuff the incredibly rich literary landscape that spans our planet, into our Book Boxes, which, among other things, feature writers that we think are worthy of the Nobel Prize for Literature. Writers who we predicted could win before they did include Svetlana Alexievich, Olga Tokarczuk, and Peter Handke. (It was beyond our mental capabilities to predict Bob Dylan’s 2016 win.)

You see, while the English-speaking world has slowly become more open to consuming popular culture in languages other than English, the Nobel Committee for Literature seems to be heading in the reverse direction. A case in point is the unprecedented cultural globalization that is happening with Korean cinema, television and pop music. We are currently at a time when Korean dramas have a mainstream American audience, Korean movies and shows are winning Oscars and Emmys, as well as Palme d’Ors.

But if you look at the stats on Nobel winners of the past few years, four out of the last six winners write in English and the remaining non-English writers are European. You would think that in this, post-Squid Games, post-BTS world, the Academy would attempt to reclaim relevance by reading and engaging with works outside their comfort zone, by reading outside of Europe and North America, rewarding authors writing not just in the language of their colonizers. However, they seem to be trying to stay relevant by currying favor with the English-speaking literary community.

And so now, to illustrate the rich literary diversity available for the committee to choose from, we have a list that will give you a glimpse at the extraordinary writers from all over the world, that we think are deserving of the Nobel Prize. And if you are thinking who the hell are these people and why should we listen to them you are absolutely right. You shouldn’t. And you shouldn’t wear sunscreen, and you shouldn’t drink at least six glasses of water a day.

Adonis
Adonis is a Syrian poet who should probably have won by now. Let’s just say him not winning is like if T.S. Eliot had not won. But then, he is an Arab, so that’s probably not the same thing to the committee.

Ngugi Wa’ Thiong’o
Kenyan writer Ngugi Wa’ Thiong’o decided to kill his reach by switching to writing in his native Gikuyu instead of in English. A true inspiration for the Instagram algorithm makers. His tireless mission is to equalize power relations between languages and decolonize the literary landscape. We can also attest to his ability to make you both fall in love with, and hate Joseph Conrad, in the span of an hour. Read Wizard of the Crow or any of his memoirs.

Edwidge Danticat
If the Swedish Academy really wanted to award an American twice in six years, it is beyond our comprehension why Edwidge Danticat was not that American. Recommended reads: The Dew Breaker and Breathe, Eyes, Memory.

Garielle Lutz
We think it is impossible for anybody to read American writer Garielle Lutz, and not feel the universe shift a little. Her sentences, on cursory glance, might seem obtuse. But they are deceptively so, in fact, simplifying the meaning of things in unexpected ways. Start with her essay The Sentence is a Lonely Place, and then, her short stories. Easily some of the best English writing since Patrick White (who won the Nobel in 1973). Although one of us is tempted to say, since Shakespeare, but we will temper our praise for now.

Jon Fosse
Norwegian writer Jon Fosse was Knausgaard’s teacher, whose advice and example Knausgaard (by his own admission) clearly did not follow. Read anything by him. But if you want a manageable place to start, try Morning and Evening. Some of his novels went out of print a few years ago and were being sold at ridiculous prices on eBay. Do not let that happen to him again—read him.

Shahrnush Parsipur
An Iranian novelist. It is mind boggling that she isn’t better known or more widely read. Try Touba and the Meaning of Night. She wrote this beautiful novel after being imprisoned in Iran for four years. What many men take pages & pages to do, she does in just twenty, easily juxtaposing Sufi mysticism with the political and scientific.

Lazlo Krasznahorkai
We find reading Hungarian writer Lazlo Krasznahorkai, a unique experience—it is as if his letters do not form words with meaning, but directly transcend meaning to form a picture that you may or may not understand. It is very hard to describe, but we recommend starting with Satantango, and following it up with Bela Tarr’s movie by the same name.

Annie Ernaux
French writer Annie Ernaux has managed to squirm her way into bookstagram visibility despite being an extraordinary writer. Start with The Years—a masterclass in autofiction.

Anne Carson
The Nobel committee likely debated between Canadian writer Anne Carson, Louis Gluck and Charles Simic in 2020, so it might be a while before she is considered again. We recommend starting with her Autobiography of Red.

Maryse Conde
Maryse Conde is a legend of Caribbean literature. In 2018, the Nobel Prize for Literature was suspended, an alternate jury was constituted, and she was awarded the ‘Alternate Nobel’. Perhaps it is time to award her the actual Nobel?

Salim Barakat
Kurdish-Syrian writer Salim Barakat has been formally nominated for the Prize this year. He has been praised by poets Mahmoud Darwish and Adonis as well. Bonus points: he lives in Sweden. He currently has just one book of poetry translated into English. Read his beautiful poem, Revenge, for a taste.

And if the Academy would like to become relevant by awarding a Korean writer, then may we recommend the great Korean novelist Hwang Sok-yong?

There are so many more writers whom we love but couldn’t fit into the list. But such is life. Murphy’s law dictates that the one writer we didn’t include here (Mircea Cartarescu, Boubacar Boris Diop, Cesar Aira, Ismail Kadare!) will win. But, as Vonnegut said, Poo-tee-weet. And so, it goes.

P.S. If you want our more comprehensive list, reach out at contact@theboxwalla.com

Lavanya Krishnan and Sandeep Bethanabhotla are the founders of Boxwalla, where they curate book boxes showcasing literature from all over the world. They also curate Beauty & Food Boxes, and a Film Box featuring the Criterion Collection. They are currently collaborating with guest curator Alexander Chee to showcase the best of American fiction. 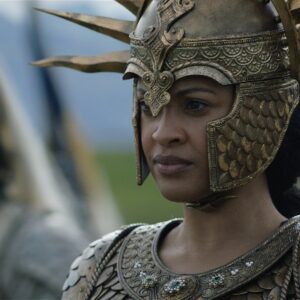 Artist/Tolkien devotee Jenna Kass and TV Critic/fantasy philistine Dylan Roth are a married couple who have joined forces...
© LitHub
Back to top