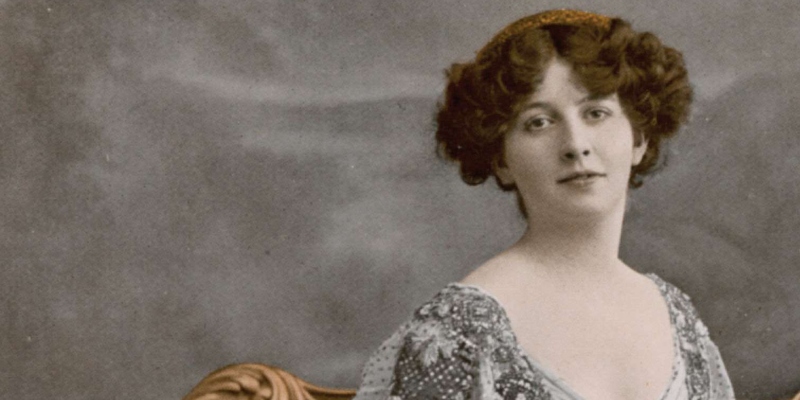 “We watch her like a car crash while at the same time we root for her.”

Until I read The Custom of the Country, I had never met a literary character quite like Undine Spragg, nor encountered such an in-depth portrait of a classic antiheroine. Yet, we’ve all met women like her. We all know women who have transformed and reinvented themselves. Undine follows the trends carefully, without having anything unique to add, and unabashedly markets herself at the center of the world of high society that she longs to belong to.

I’ve always loved Edith Wharton’s writing, but The Custom of the Country is my favorite, and I think her funniest and most sly. As I’ve worked on adapting it into a screenplay, I’ve found it interesting to hear some men say that Undine is so unlikable, while my women friends love her and are fascinated by her and what she’ll do next. We’ve all seen her before, the way she walks into the room, her focus on men, and her ease with their gaze. We admire and are annoyed by her. While I’ve often worked on stories with more sympathetic characters, it’s been so fun to dive into Undine’s world and pursuits.

Published in 1913, originally in serial form for Scribner’s Magazine, each book of The Custom of the Country ends with anticipation for what and who’s next on Undine’s social-climbing quest. Wharton paints the picture of the ultimate nouveau-riche climber. We watch her like a car crash while at the same time we root for her. She does things we would never dream of doing, and it’s such a delight to follow along. Mixed with empathy and disdain, Wharton manages to keep us captivated, and makes us look at ourselves along the way.

One of my favorite scenes is when Undine discovers her pregnancy and complains to her husband, Ralph, that at least he doesn’t have to stay home for months, out of sight, missing out on things, as was expected of women at that time. And though she’s terribly shallow while complaining that she won’t be able to ﬁt into her new dresses, we can’t help but understand this feeling that is so rarely articulated.

Her ﬁrst triumph is Ralph Marvell, who my friend Vendela Vida says her writer friends refer to as “the saddest boy in literature.” Then there’s all the men she encounters along her way—the cocky Peter Van Degen, with his lovely, lonely trophy wife, Clare; Count Raymond de Chelles; and self-made tycoon Elmer Moffatt. Their perception of her beauty, and her focus on these men, seem to reﬂect their fantasies back to them. Undine ﬂutters, twists, and turns her way through social circles.

I had never met a literary character quite like Undine Spragg, nor encountered such an in-depth portrait of a classic antiheroine.

Wharton writes about how she makes animated gestures as a way to invoke personality. In chapter 2 she notes, “For a while she carried on her chat with an imaginary circle of admirers, twisting this way and that, fanning, ﬁdgeting, twitching at her draperies, as she did in real life when people were noticing her.

Her incessant movements were not the result of shyness: she thought it the correct thing to be animated in society, and noise and restlessness were her only notion of vivacity.” Working on the script, I can’t wait to see all of her gowns and balls realized on-screen, as well as the characters she encounters along the way. She meets up with a jet-set crowd in St. Moritz; dashing counts; and an eccentric, disheveled Princess Lili Estradina in the South of France. Then we see Undine Spragg in contrast, alone, lost without an audience.

I loved spending all this time with Edith Wharton in her world, and hearing her sly, perfectly described observations. Wharton can really skewer someone so elegantly. “Undine was ﬁercely independent and yet passionately imitative. She wanted to surprise every one by her dash and originality, but she could not help modelling herself on the last person she met, and the confusion of ideals thus produced caused her much perturbation when she had to choose between two courses.”

I always remember my grandmother Delphine, who was born in 1908, telling us about a book she had read called Fascinating Womanhood. If trying to capture the attention of a man, women were instructed to smile, say nothing but act fascinated, ooh and aah, and ask questions about him. My grandmother thought it was so funny and tried it one time, and after an hour of nodding and being impressed, the man told her she was the most fascinating woman he had ever met. Undine Spragg seems to have read the same kind of book.

Eventually, after the impact of Undine’s looks wear off, people discover there’s nothing much there. She tries to learn to cultivate herself, but it’s no use, and boring. In chapter 42, Wharton writes, “Her entrances were always triumphs; but they had no sequel. As soon as people began to talk they ceased to see her.”

Jia Tolentino said it best when she wrote, “If Undine Spragg . . . were alive today, she would have a million followers on Instagram and be a Page Six legend.” While we are thinking so much these days about success and fulﬁllment, The Custom of the Country looks at what we desire and what ultimately satisﬁes us. “She had everything she wanted, but she still felt, at times, that there were other things she might want if she knew about them.” And with my favorite ending, we’re left wondering if Undine is a modern ambitious woman or a spoiled monster. There’s never been a character I’ve loved and disliked so much, and who makes me smile at all the Undines we know. 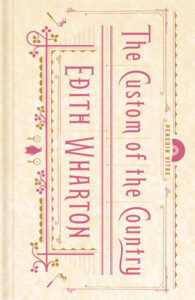 From THE CUSTOM OF THE COUNTRY by Edith Wharton, published by Penguin Classics, an imprint of Penguin Publishing Group, a division of Penguin Random House, LLC. Foreword copyright (C) 2022 by SC INTL CORP. 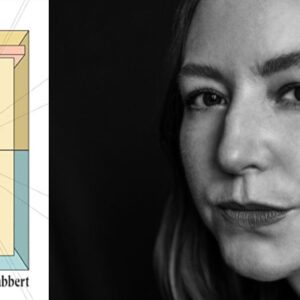