In the last few years, the fracking industry has boomed, leading many—including President Trump—to declare that soon America will be energy-independent, and free of the influence of foreign oil and gas suppliers such as Saudi Arabia and Russia. Not so fast, writes business journalist Bethany McLean in her book Saudi America: The Truth About Fracking and How It’s Changing the World. Just as she revealed that Enron looked too good to be true in her 2003 bestseller The Smartest Guys in the Room, McLean connects the dots to show how this burgeoning industry poses a threat to Saudi Arabian and Russian energy dominance, with possible repercussions for our own politics. This discussion between McLean and All the Devils Are Here co-author Joe Nocera will persuade you to think about the power of oil in a new way.

Joe Nocera: Where does the availability of capital come from, and why would you give money to companies that lose money on a consistent basis?

Bethany McLean: That’s a good question, and it goes back to so many other things, from the dotcom boom to a professor here at the Columbia Energy Policy Institute, who wrote a paper directly linking the financial crisis and fracking, which I thought was fascinating. His argument was if it weren’t for the Federal Reserve’s policy of ultra low interest rates in the wake of the financial crisis, we never would have had a fracking boom, because it was this this availability of capital at a really cheap rate that helped provide the funds for drilling.

There’s been a couple of reasons why it’s worked thus far. One is that like any industry that’s losing money, people think, believe, or say it’s going to be profitable eventually, that there is a corner that will be turned and the profits will be there. Another reason why it’s worked is that the public markets have been willing to value companies engaged in fracking not on their profits but rather as a multiple of the acreage they hold, and they’ve been valued for production growth. So it’s been nothing to do with profits. It’s been like the old days when we valued dotcom companies based on the number of eyeballs they were getting as a proxy for profits, as a belief that this great gusher of profits is right around the corner. But thus far, it has yet to materialize.

Joe Nocera: And yet they keep drilling, and yet they keep capitalizing and yet America—I mean, it seems unquestionable to me that the oil and gas is there. Is it just a function of price, if the price was high enough, or is it more—there’s a point in your book where you basically talk about how quickly a fracking well drains compared to a traditional oil well, and that although there’s a lot of oil down there, they can only grab a little bit at a time.

Bethany McLean: Right. There are a bunch of questions there. The big reason that fracking is so capital intensive is that the decline rates on the wells are really, really steep. A way to think about this is once you get on a treadmill, you have to keep running. If you drill a well but the next year that well only produces 20 percent of the oil that it did before, if you’re a public company and you need to keep your production growing, you have to keep investing more and more money in order to keep producing more and more oil. So you have to be able to raise more and more capital in order to keep your production numbers growing. It’s not like you invest and drill a well and then that well spits out a gusher of oil for the next 20 years. You have to keep investing in order to keep the production up.

That need for continual reinvestment is at the heart of the skeptical argument about fracking. But that said, getting back to the question of how much is there, it always is a question of economically recoverability. What can we get out of the ground at what price? And there’s a real question of how much oil we can actually get out of the ground at anything approaching a reasonable price. The question is different for natural gas. That’s one of the—I hope—insights in my book, which is that oil and natural gas are actually pretty different. Fracked natural gas may make much more sense as an economic model than fracked oil does.

Bethany McLean is the co-author of the bestseller The Smartest Guys in the Room: The Amazing Rise and Scandalous Fall of Enron with Peter Elkind. Her second book, which she co-authored with Joe Nocera, is All the Devils are Here: The Hidden History of the Financial Crisis. Her most recent book is Shaky Ground: The Strange Saga of the U.S. Mortgage Giants. She is a contributing editor at Vanity Fair and lives in Chicago.

Joe Nocera is an op-ed columnist for The New York Times. He was previously a business columnist for the Times and a staff writer for The New York Times Magazine. He spent ten years at Fortune, where he rose to editorial director, and has written for numerous publications, including GQ, Esquire, and Newsweek. He has won three Gerald Loeb awards and three John Hancock awards for excellence in business journalism. His most recent book is the New York Times bestseller All the Devils Are Here, which he coauthored with Bethany McLean. He lives in New York. 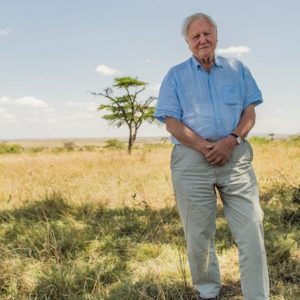 Our first lesson from nature concerns growth. We have arrived at this moment of desperation as a result of our desire for perpetual...
© LitHub
Back to top