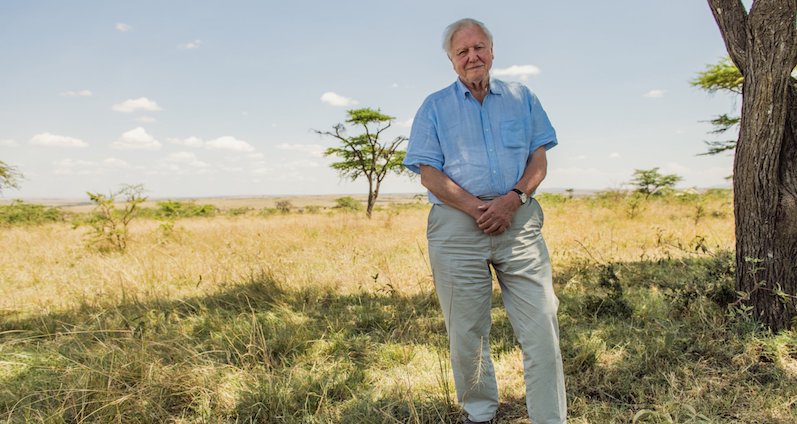 In Defense of "Green Growth" and Sustaining a Mature Plateau

Our first lesson from nature concerns growth. We have arrived at this moment of desperation as a result of our desire for perpetual growth in the world economy. But in a finite world, nothing can increase forever. All the components of the living world—individuals, populations, even habitats—grow for a period of time, but then they mature. And once mature, they may thrive.

Things can thrive without necessarily getting bigger. An individual tree, an ant colony, a coral reef community or the entire Arctic ecosystem, all exist for a prolonged period when mature as successful entities. They grow to a point, then make the most of things—exploiting their newly won positions, but in a sustainable manner.

They move from the period of exponential growth, the log phase, past a peak to a plateau. And, as a result of the way they interact with the living world beyond, that stable plateau period can last indefinitely.

That is not to say that a plateauing wild community does not change. The Amazon is tens of millions of years old. In that time, it has covered roughly the same patch of Earth with its vast closed canopy as it did until recently, thriving in one of the planet’s prime pitches. The amount of sunlight and rainfall it has received and the level of nutrients in its soil may have been roughly constant throughout.

But the species in its living community will have changed significantly in that time. Like teams shifting their position in a sports league table, or share prices on a stock exchange, in any one year there will have been winners and losers. There will always be populations on the ascent, moving into an area and multiplying at the expense of another; individual trees seizing the site where another has fallen. There will be new arrivals, and others that fade away.

Some of these new arrivals may have innovations that boost the opportunities for others—a new species of bat, for example, may act as a pollinator for night-flowering plants. Conversely, the loss of species may, at the same time, reduce opportunities elsewhere in the forest.

Ever adjusting, reacting and refining, the Amazon rainforest community can continually thrive over tens of millions of years without demanding any further raw resources from the Earth. It is the most biodiverse place on the planet—the most successful of life’s current enterprises—but it has no need for net growth. It is mature enough to simply last.

Humankind currently appears to have no intention of reaching such a mature plateau. As any economist will explain, over the  last 70 years all our social, economic and political institutions have adopted one overriding goal—an ever-increasing growth in each nation, judged by the crude measure of gross domestic product. The organization of our societies, the hopes of business, the promises of politicians, all require GDP to climb ever upwards. The Great Acceleration is the product of this fixation, and the Great Decline of the living world, its consequence.

For, on a finite planet, the only way to achieve perpetual growth is to take more from elsewhere. What felt like a miracle of the modern age was just stealing. As the appalling statistics I listed at the end of my witness statement attest, we have taken everything we have directly from the living world. And we have done this while ignoring the damage we have been doing.

A new discipline within economics is attempting to solve this problem. Environmental economists are focused on building a sustainable economy. Their ambition is to change the system so that markets around the world benefit not just profits, but also people and the planet too. They call these the three Ps. Many among them have high hopes for what they term green growth—a type of growth that has no negative impact on the environment.

Green growth may come from making products more energy-efficient, or from turning dirty, impactful activities into clean, low or zero-impact activities, or from driving growth in the digital world, which, when powered by renewables, could be described as a low-impact sector.

The advocates of green growth point to a history of waves of innovation that have periodically revolutionized the possibilities for humankind. First there was the advent of water power in the 18th century, enabling mills to drive machinery that hugely increased the productivity of a business. Then came our adoption of fossil fuels and steam power, which not only caused an industrial revolution in manufacturing, but also brought railways and shipping and eventually aircraft that could distribute people and products quickly across the globe.

Three waves followed. The electrification of the early 20th century that brought telecommunications, the space age of the 1950s that presided over a consumer boom in the West, and the digital revolution that launched the internet and brought hundreds of smart devices into our homes. All these have radically changed the world and brought booms in business.

The hope and expectation of many environmental economists is that a sixth wave of innovation—the sustainability revolution—is almost upon us. In this new order, innovators and entrepreneurs will make fortunes by devising products and services that reduce our impact on the planet. Of course, we are already experiencing the start of this—low-energy light bulbs, cheap solar power, plant burgers that taste like meat, sustainable investments.

The hope is that, faced with the scale and urgency of our planet’s Great Decline, politicians and business leaders will stop subsidizing damaging industries and rapidly turn to sustainability as the popular, sensible option for growth to continue, at least for a while.

In the end, though, green growth is still growth. Will humankind ever be able to move beyond its growth phase, mature and settle into a plateau? Can it, perhaps on the other side of that sixth wave of innovation, become like the Amazon—thriving, refining, improving sustainably over the long term, but without getting bigger? There are those who hope for a future in which humankind globally detaches itself from its addiction to growth, moves on from GDP as the be-all and end-all, and becomes focused upon a new, sustainable measure of success that involves all three Ps.

The Happy Planet Index, created by the New Economics Foundation in 2006, attempts to do just that, combining a nation’s ecological footprint with elements of human well-being, such as life expectancy, average levels of happiness and a measure of equality. When you rank countries by this index, you get a completely different league table than from GDP alone. In 2016, Costa Rica and Mexico came top, with better average well-being scores than the USA and UK at a fraction of the ecological footprint.

The Happy Planet Index is certainly not foolproof. Since it is a merged score, it’s possible, like Norway, to rank highly with a heavy footprint if your well-being score is very high. It is also possible, like Bangladesh, to rank highly with poor well-being, if your footprint is light. Yet the Happy Planet Index and others like it are being seriously considered by a number of nations as alternatives to GDP, and encouraging a wider debate about the sum purpose of all humankind’s efforts on Earth. In 2019, New Zealand made the bold step of formally dropping GDP as its primary measure of economic success.

Like a sapling in the Amazon eagerly grasping its opportunity to take over a clearing, we have concentrated all our efforts to date on growth.

It didn’t adopt any of the existing alternatives, but instead created its own index based upon its most pressing national concerns. All three Ps—profit, people and planet—were represented. In this single act, Prime Minister Jacinda Ardern shifted the priorities of her whole country away from pure growth and towards something that better reflects the issues and aspirations many of us have today.

The change in agenda may have made her decisions more straightforward when coronavirus arrived in February 2020. She locked the country down before there had been a single death, while other nations hesitated, nervous perhaps, of the effects on the economy. By early summer, New Zealand had few new cases, and could go back to work and mix freely. New Zealand may be a guiding light.

Surveys in other nations show that people across the world are now keen for their governments to prioritize people and planet over profit alone. It is an indication that voters and consumers everywhere may be ready for a sustainable, and ultimately, as Kate Raworth terms it, growth-agnostic world. Every nation has a journey to make to become prosperous and good for its people and good for the planet.

The wealthy nations that have benefitted from unsustainable growth have the formidable task of maintaining a good standard of living while radically reducing their footprints. Poorer nations have the very different challenge of radically raising their standards of living in a way that’s never been done before—while achieving a sustainable footprint. Through this lens all nations are now developing nations with work to do, and all will need to switch to green growth, and join the sustainable revolution.

Humankind has yet to mature. Like a sapling in the Amazon eagerly grasping its opportunity to take over a clearing, we have concentrated all our efforts to date on growth. But, according to the environmental economists, we must now curb our passion for growth, distribute resources more evenly and start to prepare for life as a mature canopy tree. Only then will we be able to bask in the sunlight that our speedy development won for us, and enjoy an enduring, meaningful life. 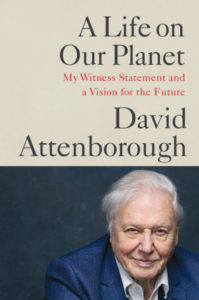 A Life on Our Planet: My Witness Statement and a Vision for the Futurecapitalismclimate changeDavid AttenboroughecologyenvironmentalismGrand Central Publishinggreen growthnatural world
Share:

Sir David Attenborough is a BAFTA and Emmy-Award winning broadcaster and natural historian. He is the internationally bestselling author of over 25 books, including Life on Earth. He also served as controller of BBC Two and director of programming for BBC Television in the 1960s and 1970s, and as the President of the Royal Society for Nature Conservation in the 90s.

So You're Saying Fracking Isn't Even Profitable? 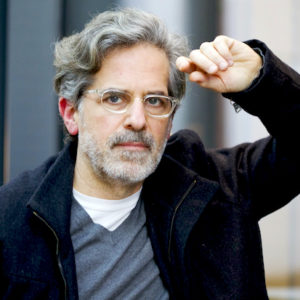 “How familiar are you with the films of Orson Welles?” Jonathan Lethem asks me. We’re talking over Zoom, Lethem...
© LitHub
Back to top
Loading Comments...