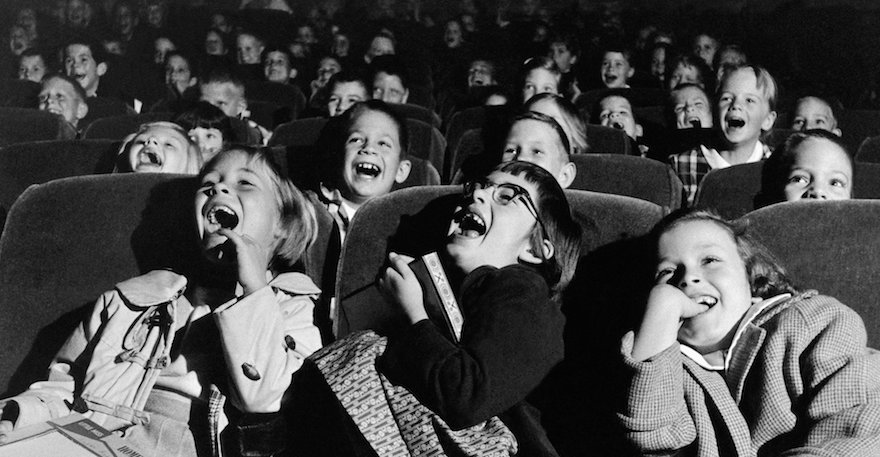 So a Writer and a Comedian Walk Onto a Stage…

As someone who strives to write comedic fiction, I spend a great deal of time thinking about why I find certain things funny—and whether others will, too. Literature and comedy are intertwined in the sense that they both thrive on momentum: writers are often schooled in the art of narrative pacing, much in the way that comedians are told to perfect their comedic timing. In both art forms, knowing when to deploy a certain turn of phrase or joke is the name of the game. It is also difficult to do, as the word “deploy” would imply: it is about strategy, about making choices about how you share what you find funny so that it will have its maximum impact on others.

From an early age, I realized just this—that laughter was not solely a physical reaction but a device, a way that I could figure out what the moments of joy in my life really were. I grew up a flamboyant kid in a heteronormative world, an Indian-American kid in an Ohioan suburb, and the challenging moments that filled my days were innumerable. Therefore, when something made me laugh out loud—or when I saw other people laughing out loud from pure happiness instead of a taunt that they had just lobbed—I immediately saved it as a memory of what might let some light into the world. Laughter was a goalpost, was punctuation, an exclamation point I could locate in the text of my life to say This is where the happiness is. Right here.

But what to do with this punctuation? Where to put it? Turns out I could make it literal.

I first started jotting down little bits of what I found funny in notebooks and binders (although this was the 90s, most of them were pink like the Burn Book in Mean Girls), and those bits of humor would turn into stories—fairy tales in which gender roles were reversed or wacky mysteries about middle school dramas like who might steal the football star’s lunch during study hall. (Answer: a thinly veiled version of me in the story.) (Addendum: Sometimes a version of me wearing a thin veil.) In one particularly elaborate setup, I took every mispronunciation that I had heard of my name and turned into a sonnet that would have made Shakespeare’s eyes cross.

Like many fledging writers, I was made to feel somewhat ashamed about engaging in the act of writing in the first place. Our culture has a bad habit of making a pursuit of the arts in any meaningful way seem dunderheaded or misguided, so I took these pithy, if puny, scraps of humor and consigned them to the drawer of my desk or the dusty safe of my mind, and I didn’t think of how they might find themselves into the world in any meaningful way. Instead, they would shoot out of my mouth sometimes when I was with a group of friends, the humor now reconstituted back into speech. A cyclical journey had been made from my hearing a funny thing, my writing it down, my shutting it away, and its escaping back into the world after I had processed it, morphed it, and turned into a language of my own. Only later, after taking a creative class in college, after graduating and trying to write a full-fledged novel, did I give my space to reclaim that instinct of fashioning humor into prose again, and it would be another seven years until that book founds its way onto shelves.

Since I work as both a writer and a book editor at a publishing house, I find myself dispensing a popular piece of advice: all prose stylists should read their work aloud to themselves to gauge whether it is working. This approach is effective in two respects: first, it allows the writer to hear whether the argument of a sentence is truly being made (Does this sound right? Is this making sense?); second, it supports another good rule of thumb, which is that if you stumble trying to recite a sentence, chances are the reader’s eye will “stumble” during a silent reading of that same sentence. Reading your work aloud is an editing technique as much as it is a stylistic one.

In LitProv, the new bimonthly show I’m hosting at the legendary and wonderful Symphony Space in New York City, we pair writers with comedians: two authors read from their work, and then two comedians perform impromptu sets based on those readings. This seems to me an ideal premise because it gets to the heart of the enjoyment and entertainment that define both prose and stand-up: there is the exchange between the pacing of the written word and the timing of the spoken one. There is satisfaction in hearing the meticulously revised thoughts of the author and the surprise factor of the comedian’s reinterpreting those very same thoughts. It goes back to that cyclical notion—the way that something may hit our ear and then find its way back-and-forth from the way we write to the way we speak. Both ends of that equation make us better artists, and both types of artists benefit from that interaction.

That is one of the main reasons why I find the setup of LitProv so energizing: it opens a space for writers to read their work out loud and to hear the pacing of it—the timing of it—and gauge their own reactions as well as that of the audience. Likewise, once the comedians take that material and spin it into comedy, we get a sense of where they find the joy in the writing—where they find that prose itself is elevating them to a different plane.

Reading and writing are about the sometimes galvanizing, sometimes arduous, but always vital act of processing the world, of selecting the elements of it that fortify who you wish to be, who you wish to support, and which ideas you think will transform even a small bit of the world into something better and more extraordinary. I’m happy to think that I could go from scribbling away in those notebooks, attempting to catalogue the indelible bits of joy I could find, all the way to opening the stage for writers and comedians and any number of artists to unlock the safes that they may have kept closed for a long time. Only by mining the depths of the word-formed treasures we’ve gleaned over time can we reveal to others who we truly are.

Rakesh Satyal is the author of the novels Blue Boy and No One Can Pronounce My Name, the latter of which is now out in paperback.

The Reading Series in a Chelsea Church 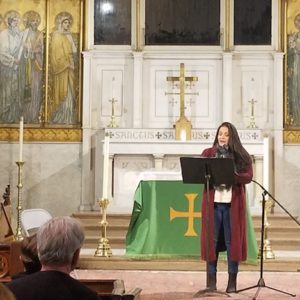 The Reading Series in a Chelsea Church

In 2013 I quit my full-time teaching job in Denver, Colorado, sold my house and car, and moved to New York City because I needed...
© LitHub
Back to top