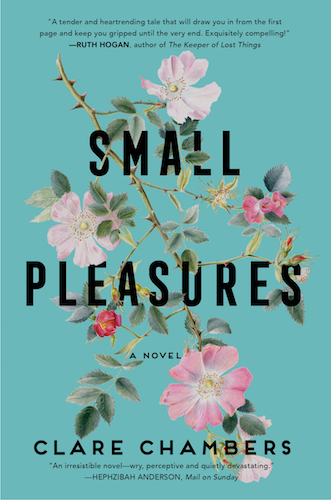 The following is excerpted from Clare Chambers' novel Small Pleasures. Chambers is a professor of Political Philosophy and a Fellow of Jesus College, University of Cambridge. The author of the acclaimed Against Marriage, she specializes in feminism, bioethics, contemporary liberalism and theories of social justice.

The article that started it all was not even on the front page, but was just a filler on page 5, between an advertisement for the Patricia Brixie Dancing School and a report on the AGM of the Crofton North Liberals. It concerned the finding of a recent study into parthenogenesis in sea urchins, frogs and rabbits, which concluded that there was no reason it should not be possible in humans. This dusty paragraph might have been overlooked by most readers of the North Kent Echo were it not for the melodramatic headline “Men No Longer Needed for Reproduction!”

The result was an unusually large postbag of mostly indignant letters, not just from men. One wounded correspondent, Mrs. Beryl Diplock of St. Paul’s Cray, deplored the article’s sentiments as dangerous and unchristian. More than one female reader pointed out that such a proposition was liable to give slippery men an excuse to wriggle out of their responsibilities.

There was one letter, however, that stood out from all the rest. It was from a Mrs. Gretchen Tilbury of 7 Burdett Road, Sidcup, and read simply:

I was interested to read your article “Men No Longer Needed for Reproduction” in last week’s paper. I have always believed my own daughter (now ten) to have been born without the involvement of any man. If you would like to know more information you may write to me at the above address.

The next editorial meeting—usually a dull affair involving the planning and distribution of duties for the week and a postmortem of the errors and oversights in the previous issue—was livelier than it had been for some time.

Jean Swinney, features editor, columnist, dogsbody and the only woman at the table, glanced at the letter as it was passed around. The slanted handwriting, with its strange continental loops, reminded her of a French teacher from school. She, too, had written the number seven with a line through it, which the thirteen-year-old Jean had thought the height of sophistication and decided to imitate. Her mother had put a stop to that; she could hardly have been more affronted if Jean had taken to writing in blood. To Mrs. Swinney, all foreigners were Germans and beyond the pale.

Thoughts of her mother prompted Jean to remember that she needed to pick up her shoes from the repair shop on the way home. It mystified her why someone who seldom left the house should need so many pairs of outdoor shoes. Also required were cigarettes, peppermint oil from Rumsey’s and kidneys and lard if she could be bothered to make a pie for dinner. Otherwise it would just be “eggs any which way,” that old standby.

“Does anyone want to go and interview Our Lady of Sidcup?” asked Larry, the news editor.

There was a general creaking backward in chairs, indicative of dissent.

“Not really my thing,” said Bill, sports and entertainment editor.

Jean slowly extended her hand to take the letter. She knew it was coming her way sooner or later.

“Do we really want to encourage these cranks?” said Bill.

“She may not be a crank,” said Roy Drake, the editor, mildly.

It made Jean smile to remember how intimidating she used to find him when she had joined the paper as a young woman, and how she would quake if summoned to his office. She had soon discovered he was not the sort of man who took pleasure in terrorizing his juniors. He had four daughters and treated all women kindly. Besides, it was hard to be in awe of someone whose suits were so very crumpled.

“How can she not be?” Bill wanted to know. “You’re not saying you believe in virgin births?”

“No, but I’d be interested to know why this Mrs. Tilbury does.”

They all looked at her.

“No Englishwoman is taught handwriting like that. And ‘Gretchen’?”

“Well, clearly this is the sort of interview that is going to require some tact,” said Roy. “So obviously it’s going to have to be you, Jean.”

Around the table heads nodded. No one was going to fight her for this story.

“Anyway, the first thing is to go and check her out. I’m sure you’ll be able to tell pretty quickly if she’s a charlatan.”

“Give me five minutes alone with her—I’ll tell you if she’s a virgin,” said Larry, to general laughter. He leaned back in his chair, elbows out, hands behind his head, so that the gridlines of his vest were clearly visible against his shirt.

“She doesn’t say she’s still a virgin,” Bill pointed out. “This happened ten years ago. She may have seen some action since then.”

“I’m sure Jean can manage without your expertise,” said Roy, who didn’t like that sort of talk.

Jean had the feeling that if he wasn’t there, the conversation would rapidly turn coarse. It was curious the way the others moderated their language to suit Roy’s prudishness, while Jean herself was treated as “one of the boys.” She took this as a compliment, mostly. In darker moments, when she noticed the way they behaved around younger, prettier women—the secretaries, for example— with a heavy-handed mixture of flirtation and gallantry, she wasn’t so sure.

Jean divided the rest of the afternoon between her Household Hints column and Marriage Lines—a write-up of the previous week’s weddings.

After a reception at St. Paul’s Cray Community Center, Mr. and Mrs. Plornish left for their honeymoon at St. Leonard’s, the bride wearing a turquoise coat and black accessories . . .

Household Hints was a cinch because these were all supplied by loyal readers. In the early days Jean used to put some of these to the test before publication. Now, she took a certain pleasure in selecting the most outlandish.

That done, she wrote a brief note to Gretchen Tilbury, asking if she could come and meet her and her daughter. Since she had provided no telephone number, the arrangements would have to be conducted by letter. At five o’clock she covered her typewriter with its hood and left the building, dropping the letter off at the mailroom on her way out.

Jean’s bicycle, a solid, heavy-framed contraption that had come down, like most of her possessions, through generations of the Swinney family, was leaning against the railing. Standing in front of it, too much in the way to be ignored, was one of the typists locked in a deep embrace with a young man from the print room. Jean recognized the girl but didn’t know her name; there wasn’t much interplay between the reporters and the other departments on the paper.

She had to step around them, feeling rather foolish, to retrieve her bicycle, until they finally acknowledged her and pulled away, giggling their apologies. There was something almost cruel in their self-absorption and Jean had to remind herself that it was nothing personal, just a universal symptom of the disease of love. Those afflicted could not be blamed, only pitied.

Jean took a silk headscarf from her pocket and knotted it tightly under her chin to stop her hair from blowing in her face as she cycled. Then, squashing her bag into the basket on the handlebars, she wheeled the bicycle to the curb and swung herself onto the seat, smoothing her skirt beneath her in one practiced movement.

It was only a ten-minute ride from the offices of the Echo in Petts Wood to Jean’s home in Hayes and even at this time of day there was little traffic. The sun was still high in the sky; there were hours of daylight left. Once she had seen to her mother there might be time for some gardening: ground elder was coming in under the next-door fence and menacing the bean rows; it required constant vigilance.

The thought of puttering in the vegetable patch on a summer evening was infinitely soothing. The lawns, front and back, would have to wait until the weekend, because that was a heavy job, made heavier by an obligation to do her elderly neighbor’s grass at the same time. It was one of those generous impulses that had begun as a favor and had now become a duty, performed with dwindling enthusiasm on one side and fading gratitude on the other.

Jean stopped off at the parade of shops that curved down the hill from the station to complete her errands. Steak and kidney would take too long but the thought of eggs for supper again had a dampening effect on her spirits, so she bought some lamb’s liver from the butcher. They could have it with new potatoes and broad beans from the garden. She didn’t dawdle over the rest of her list—the shops shut promptly at five-thirty and there would be disappointment indoors if she returned home without the shoes or the medicine, and utter frustration for herself if she ran out of cigarettes.

Cadwell Turnbull on the Social Realities Behind Speculative Fiction

The Heavy History of Names: On Political Forgetting and Erasure in India 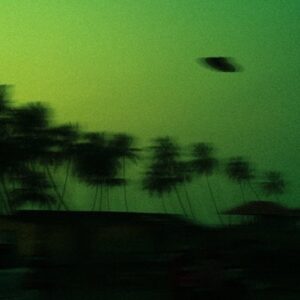 Cadwell Turnbull on the Social Realities Behind Speculative Fiction Cadwell Turnbull’s well-received debut novel, The Lesson, told the story of an alien invasion and colonization of Earth...
© LitHub
Back to top