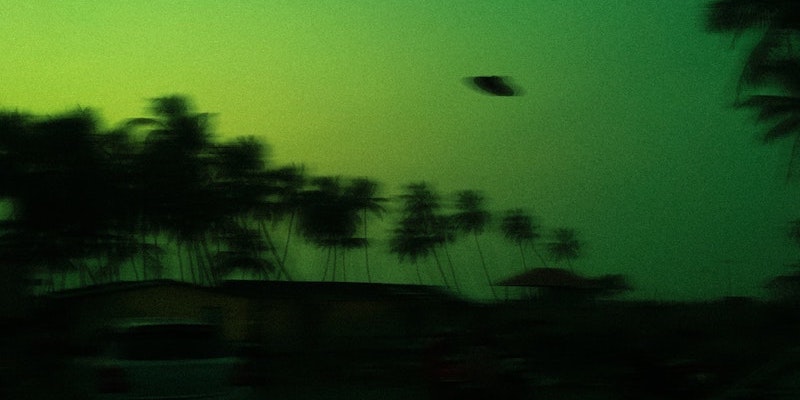 Cadwell Turnbull on the Social Realities Behind Speculative Fiction

Cadwell Turnbull’s well-received debut novel, The Lesson, told the story of an alien invasion and colonization of Earth through the experiences of characters from Turnbull’s native U.S. Virgin Islands. In his second novel, No Gods, No Monsters, the focus is not on aliens from another planet but monsters who live among us as our friends, neighbors and even relatives.

While ostensibly about the fantastical, No Gods, No Monsters—the first of a planned trilogy—is grounded in reality with complex characters whose experiences touch on difficult but important issues like police violence, othering, and even fake news.

Among the topics Turnbull discusses in the interview are the human propensity to deny uncomfortable truths; the challenge of those with different beliefs accepting the same version of reality (even when reality is captured on video); how monsters can provide a window on intersectional marginalization; and how writing can be like solving a puzzle.

Rob Wolf: The inciting incident of No Gods, No Monsters is the police killing of a Black man named Lincoln. There’s police-cam footage of the killing, but there are two versions of the footage—an edited version and an unedited version. Can you explain how the two versions differ and what they mean to the story?

Cadwell Turnbull: Laina discovers that Lincoln, who is her brother, is a werewolf, so the edited version shows a police officer shooting what he believes to be just a big dog or some kind of wild animal. In the unedited version, there’s an ending where you see that this animal turns back into a human being, and it turns out that he is a Black man. And depending on which version of the video you watch, you come away with different interpretations of what happened.

I was trying to explore how context informs what you’re looking at. So with that edited version, it’s pretty easy to make a certain type of interpretation. With the unedited version, you make a different type of interpretation that has a ton of larger implications. One of the things that I feel when I watch police footage of someone being shot is this desire to want to know more. I get pretty frustrated when the conversations get limited to what’s in the frame. And so this is kind of me playing with the idea of ‘What if you expand to frame? What do you see?’

RW: I was thinking how people speak about video—at least in these situations that we have seen too, too often of police killing people, particularly Black and Brown men and women—that at least we are seeing a truth that for too long has been hidden. But in your book, video isn’t the truthteller, because it’s the edited version that becomes the dominant story, and that is not the complete story. So in fact, people aren’t getting the truth. The video hides rather than reveals the truth.

CT: I think it’s like a two-edged sword. It’s one of those things where a video does reveal something that is very true, and it reveals something that has long been hidden from a lot of people. But I think videos also cause us to—and this is not something that I think we’re consciously doing—we limit the conversation to what’s in the video. And I think oftentimes I’m frustrated. I think it’s a mistake to do that because it kind of distracts us from the systems in play that cause it.

I feel like we typically—when we watch videos—ask questions like, ‘Well, who is to blame?’ And it feels to me like the larger implication of looking at a video is, ‘Well, what causes these things to happen and how can we, as a collective, change our system so that these things don’t happen?’ It’s an example of the things that happen within our system. And while I think it’s important to have accountability, I think accountability is a larger question than ‘Who is being punished?’

RW: The appearance of monsters marks the beginning of something called the Fracture. In your mind, what is it that is fractured? Is it the lie people have told themselves that monsters don’t exist? Or is it the ability of people to agree on a single truth—as if they ever could? Was there this sense that there was some kind of agreement on what reality is and reality is kind of busted wide open now?

CT: I think is all of those. So it is, I think, most importantly, this idea of truth, this kind of “I know that we always have disagreements about what reality looks like, but this feels like very core and fundamental.” The Fracture is the fact that human beings have formed camps on either side of this reality, so something that is big and quite basic—whether or not these creatures exist—is now a thing that has been split in two. You have people that believe it to be true and then you have people that don’t believe it to be true and then you have the agnostics in the middle. And because it’s such a big part of what I’m presenting to be the future of the world, ignoring it has its costs, paying attention to it has its costs and standing in the middle has its costs.

CT: I don’t know if I think we’re doomed this. There’s still things I’m deciding about the series, but it is something that will cause a lot of strife in the future.

Cadwell Turnbull is the author of The Lesson. His short fiction has appeared in The Verge, Lightspeed, Nightmare, Asimov’s Science Fiction, and several anthologies, including The Best American Science Fiction and Fantasy 2018 and The Year’s Best Science Fiction and Fantasy 2019. His first novel, The Lesson, was the winner of the 2020 Neukom Institute Literary Award in the debut category. The novel was also short-listed for the VCU Cabell Award and long-listed for the Massachusetts Book Award. Turnbull lives in Raleigh and teaches at North Carolina State University.

Ricardo Wilson on the Importance of Interrogating Research 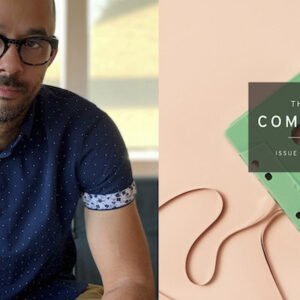 Ricardo Wilson on the Importance of Interrogating Research

Ricardo Wilson speaks to managing editor Emily Everett about his poem, “nigrescence,” which appears in The Common’s...
© LitHub
Back to top