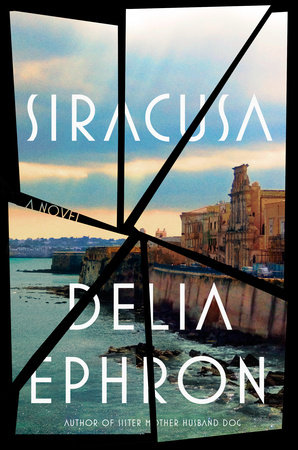 The following is from Delia Ephron’s novel, Siracusa. Ephron, author and screenwriter, has written many books for children and adults, including the essay collection Sister Mother Husband Dog: Etc and novels Hanging Up and The Lion Is In. Her film work as a writer and producer includes the movie Hanging Up, as well as You’ve Got Mail, Sleepless in Seattle, and Michael.

Promised K I’d get out of it. Had every intention. Mornings I’d lean against the counter drinking coffee watching Lizzie make a smoothie. The speed with which she can do things in the kitchen used to dazzle me—tops popped on plastic containers, bits of banana, blueberries, whatever tossed into the blender. A handful of ice. The freezer kicked shut while she tipped in the soy. Masterful.

I’d drink my coffee intending to tell her. Any second now. Days went by. Weeks. Aware of my cowardice, if that explains it, I considered telling her while the blender was making that god-awful noise. Telling her when she couldn’t hear—a sick amusement. Evenings mostly I wasn’t around, and Lizzie provided the excuse, assuming I was at my office. Writing. “You’re so involved with that novel.”

“You’re so involved with that novel, you haven’t taken your suitcase out of the closet yet and we’re leaving in two days,” said my wife, sipping Pinot Noir. Lizzie was obsessed with an Oregon Pinot Noir. She fixes on things and brags about them, in this case because the top twisted off.

“Someone should have invented this no-cork thing years ago,” she said.

Why am I even mentioning this?

Spoken words are irretrievable. They can be bombs.

I don’t love you anymore, the man said to his wife, telling one horrible truth, omitting others.

I don’t love you anymore and haven’t for some time, Elizabeth. I’m not going to Italy. Almost said it out of curiosity. For some excitement. To wake the dead.

But didn’t. Couldn’t face the hysteria. Her energy turned on me. I understand why men leave notes on mantels and disappear.

The night before the trip, she swabbed a piece of bread in olive oil and was about to pop it in her mouth when she looked up. Here it comes. I saw the thought flit through her head. I’m happy here. She was reassuring me, isn’t that ridiculous? It doesn’t matter that there is not a fucking thing left to say.

There was so much familiarity in our marriage that I didn’t need her to be there to be there. I could supply her lines. Her thoughts.

But then I’m a novelist. That’s my job.

I recalled a comment Lizzie once made about a couple we knew. “Casting,” she said, about their marriage. Probably that’s what has kept our marriage going—we’re whom we think we should be with, whom everyone else thinks we should be with. Everyone who matters in New York City. In our circle. Journalists. Editors. Writers. I’m being ironic. I’m not that much of an asshole.

At least we were traveling with Finn and Taylor and that child of theirs who keeps to herself. It would relieve the monotony of scraping the bottom of my brainpan to find something to say to L that isn’t hostile. That was my thinking to the extent I thought about it. I couldn’t be friends with Finn. He doesn’t read, that I’d ever noticed. Not that I have a lot of male friends. The very idea of friends seems female. But he’s a great traveler and I am not. I prefer to be home, especially preferred it then.

It’s madness to travel with a woman you’ve lost interest in. The isolation. The sexual expectations, which I had no intention of fulfilling. At least in that manner I could be loyal.

The man phoned again, feeling a fool. Her cell was turned off. Conclusion (obvious) he drew when unable to reach his lover, when one ring triggered her voice singing “Jingle Bells.” “I love Christmas,” she’d told him.

I was getting sloppy. K was not a “contact,” but more dangerously a pileup of “recents.” Would carelessness rescue me from ambivalence? Should I leave my cell on Lizzie’s unpacked suitcase?

I enjoy concealing, lying less so. Some may claim otherwise. I did both, do both. A secret is something you can play with, to keep or give away; a gift or a poisoned dart, it can be either. Concealing may be merely letting other people draw conclusions. As for lying, in this story, which is also my life, I will make a case for the charm of it. “You will be fooled,” he said arrogantly.

I’d stopped in at Tino’s for a drink. Eight months ago. Early November. I did that occasionally when the writing wasn’t happening. Ducked out of my office and around the corner to the local Italian. Coffee break but no coffee. To jump-start the process with Macallan. Writers have been doing that forever. Imagine I’m Irish. We fell into a conversation. Knew each other’s names already. Lizzie and I ate there every few months, and K always gave us the table Lizzie liked in the corner. I was ruminating about Julien, his particular need to be accepted and his disdain for the good opinions he craved. “Problems with Julien,” I told her when she settled onto the stool next to me.

“Julien,” she said. “Cool name.” I had to laugh at that. “Based on The Red and the Black. A modern version.”

She nodded. I knew she didn’t know what the hell I was talking about. Intentional on my part. Figured it would impress her. That she would be intimidated and flattered that a man as . . . what? As literate as I was sharing with her, talking to her as if she would know the book, know anything. Character matters. Hers. To seduce, a man divines a woman’s insecurity and compliments it. Kath needed respect. I say this in retrospect. Conversation moves too fast to be consciously aware of all one knows.

“Given?” She didn’t understand that either.

“Kath is short for what?”

I didn’t expect to say that. Took me by surprise.

Katarina. I rechristened her after I laid her. It’s not her fault that her parents had no poetry, bestowing on their daughter a nickname for a name. I’m here to correct the wrongs of her life.

“For God’s sake, Kath, turn on your phone. This is solving nothing.”

I soaked in the tub (Italian tubs are too narrow, let it be noted), dead tired from the flight, Lizzie mercifully off somewhere. She hits the ground running.

Two in the afternoon in Rome, eight in the morning in NYC. On her days off, K’s at the gym by nine. Spin class. Two, she’s in my office, naked. Where was she today?

With a man who wants to see those breasts as much as I did?

Blame it on the breasts. Some things must be . . . must be, fuck, what, experienced. They are a siren call. A deathbed regret. She hides them. Clever woman. Attempts to—although not successfully—under big things, oversized sweaters, slinky slippery tops that drop straight from her shoulders to her hips. Technically they resemble landmasses. She’s got two continents under there begging to be explored. They shift with the slightest adjustment of her body. She reaches for an olive. She takes a sip of water. She licks her lips. I swear, a movement that minute and her breasts are alive to it.

“If you want to write a woman, put in modifiers,” I told her. It was quiet at Tino’s at three p.m. Lunch over. Snacks only. A tasteless dip of chickpeas and pimientos, compliments of the house. She didn’t know what a modifier was. Kindly I explained: “Woman: ‘I’m just so crazy about you.’ Man: ‘I’m crazy about you.’” It was that easy to seduce her.

She was friendly. It was her job to make diners welcome, happy, comfortable. Kath was ready with smiles. Sometimes, in uncertain situations, over her head as was often the case in conversation with me, her cheek twitched in a moment of indecision. She wanted to please. Was a smile the correct response?

I’d asked her about herself. Knowing that men rarely did. She’d been in the city ten years and was still circling, waiting to land. “There’s something here for me but I don’t know what.” She was earnest, a quality one doesn’t often encounter, genuinely puzzled by her life. “Why, at thirty-two, am I still living with a roommate rather than married with three kids in Bloomington?”

Turn on your fucking phone, Kath. Fuck it. I’m going out.”

I was on my way to the bar for fortification. Dinner would be less irritating. Liquor oils the nerves. “First doorway on the right, signor.” The porter directed me.

As I was about to enter, an instinct that I was intruding caused a sharpening up. Have you ever found yourself wandering aimlessly through a museum and a painting stops you? Arrests you? Penetrates the self-centered fog. Like that. Tucked into the corner banquette was a woman, a stunner, brown hair in a tangle falling into her face, dark eyes lit bright and shining. I shifted to take it all in, the man whose hands cupped hers. She was pulling away, laughing. “Stop it, Finn.”

A man doesn’t recognize his own wife. Because she’s happy.

Lizzie with Finn. Lizzie and Finn. Of course.

On the way to dinner, I detoured to the room. “Need to make a note about something,” I’d explained to them all gathered in the stylish paneled lobby overwhelming the space the way Americans do.

“For his novel,” said Lizzie. She waved a map. “I know where we’re going.”

“Kath, pick up. Katarina, I have a plan.” I didn’t say, Trust me. Avoid clichés. I’m not a cad. Cad: an old-fashioned word but a good one. Best not to remind her of the many years between us. “I’m not a dog,” I said instead. “Impossibly difficult, I know, sweet Katarina, but be patient. This trip will solve everything.”

It will even be a favor to Lizzie. New York is finished with her. She had a modest little run but now it’s over. One day she will thank me.

From SIRACUSA. Used with permission of Blue Rider Press. Copyright © 2015 by Delia Ephron.

Did I Write a Gay Book? An Indian Book? A Diverse Book? 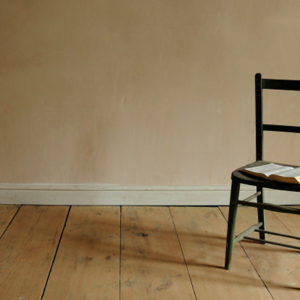 Did I Write a Gay Book? An Indian Book? A Diverse Book? When I was 14 years old, my mother gave me a few pages she’d torn out of a copy of the Atlantic that had appeared in her doctor’s...
© LitHub
Back to top