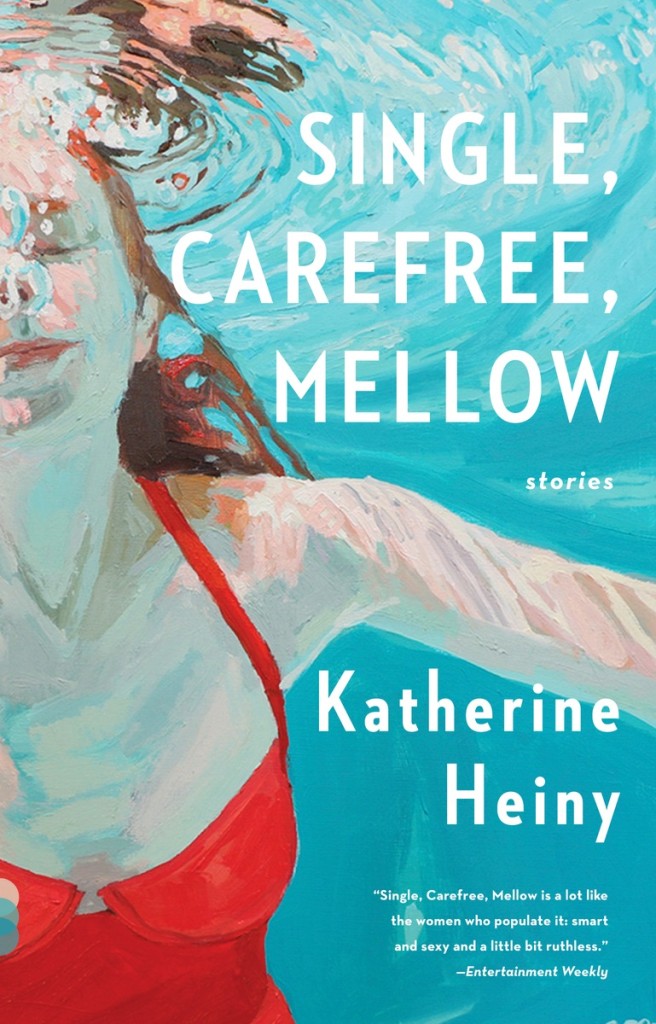 The following is from Katherine Heiny’s story collection, Single, Carefree, Mellow. Katherine Heiny’s fiction has been published in The New Yorker, Ploughshares, Narrative, Glimmer Train, and many other places. She lives in Washington, D.C., with her husband and children.

How To Give The Wrong Impression

You never refer to Boris as your roommate, although of course that’s exactly what he is. You’re actually apartment mates and you only moved in together the way any two friends move in together for the school year, nothing romantic. Probably Boris would be horrified if you knew how you felt. You’re a psych major, you know this is unhealthy, but when you speak of him you always say Boris, or, better yet, This guy I live with. He may be just your roommate but not everyone has to know.

You buy change-of-address cards with a picture on the front, of a bear packing a trunk. You send them to your friends and your parents. After some hesitation, you write “Boris and Gwen” on the back, above the address. After all, he does live here.

You help Boris buy a bed. This is a great activity for you, it’s almost like being engaged. You lie on display beds with him in furniture stores. Toward the end of the day, you are tired and spend longer and longer just resting on the beds.

Boris lies next to you, telling you about the time his sister peed in a display toilet at Sears when she was three. You glance at him sideways. He looks tired, too, although the whites of his eyes are still bright—the kind of eyes you thought only blue-eyed people had, but his eyes are brown.

A salesman approaches, sees you, smiles. He knocks on the frame of the bed with his knuckles. “Well, what do you folks think?” he asks.

Boris turns to you. You ask the salesman about interest rates, delivery fees, assembly charges. You never say, Well it’s your bed, Boris, in front of the salesman.

When your parents come through town and offer to take you and Boris out to dinner, you accept. But this is risky, this all depends on whether you’ve implied anything to your parents beyond what was on the change-of-address card. You think about it and decide it’s pretty safe, but you spend a great deal of time hoping your father will not ask Boris what his intentions are.

Boris, love of your life, goes to the salad bar three times and doesn’t stick a black olive on each of his fingers, a thing he often does at home. On the way out, he holds your hand. You are the picture of young love. Boris may make the folks’ annual Christmas letter.

You always have boyfriends. You try to get them taller than Boris, but it’s not easy. Sometimes after they pick you up, they roll their shoulders uncomfortably in the elevator and say, “Gwen, I think Boris is going to slash my tires or something, he’s so jealous.”

Snort. “Oh, please,” you say. Later, during a lull in the conversation, you ask casually, “What makes you think Boris is jealous of you?” One of your boyfriends says it’s because Boris found six hundred excuses to come into the living room while you two were drinking wine. Another one says it’s the way Boris shook hands with him. This is interesting. You were still in your bedroom when that happened.

Whatever they answer, you file it away and replay it later in your mind.

You always encourage Boris to ask Dahlia Kosinski out.

When he comes back from his ethics study group and says, “Oh, my God, Dahlia looked so incredibly gorgeous tonight,” you do not say, I heard she almost got kicked out of the ethics class for sleeping with the professor. You say, “I think you should ask her out.”

“Noooo,” Boris says, drawing circles on the kitchen table with his pencil.

Boris shakes his head. “Let’s go get something to eat,” he says. He puts his arm around you and dances you away from the phone. You think that Dahlia Kosinski is probably too tall for Boris’s chin to rest on her head like this.

You didn’t write Dahlia’s phone number down on the scratch pad by the phone when you called information, because you don’t need Boris looking at it and mulling it over when you’re not around. This whole procedure is nerve-wracking, but not to worry—he’ll never ask her out, and it’s always, always better to know than to wonder.

In Pigeon Lab, you name your pigeon after him because the two other women who work their name their pigeons after their husbands. You spend a lot of time making fun of Boris when these two women make fun of their husbands. This, as a matter of fact, is not hard to do.

You tell them about how he keeps a flare gun in the trunk of his car. Ask them how many times they think his car is going to break down in the middle of the Mojave Desert or at sea.

You tell them he has this thing for notebooks. He keeps one in the glove compartment of his car and records all this information in it whenever he fills the gas take. You say, “I mean, there can be four hundred cars behind us at the gas station, honking, and there’s Boris, frantically scribbling down the number of gallons and the price and everything.”

They are so amused by this that you tell them he has another notebook where he records all the cash he spends. You say, “If he leaves a waitress two dollars, he runs home and writes it down.” You add, “I’m surprised he doesn’t also record the serial numbers.”

Because this last part isn’t even about Boris, it’s about your father, you worry that you are becoming a pathological liar. 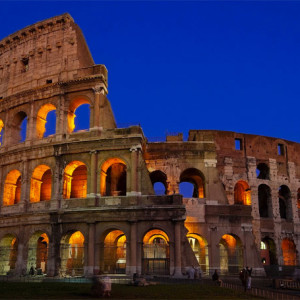 30 Books in 30 Days: David Biespiel on Mary Beard's SPQR In the days leading up to the March 17th announcement of the 2015 NBCC award winners, NBCC’s blog, Critical Mass, will...
© LitHub
Back to top