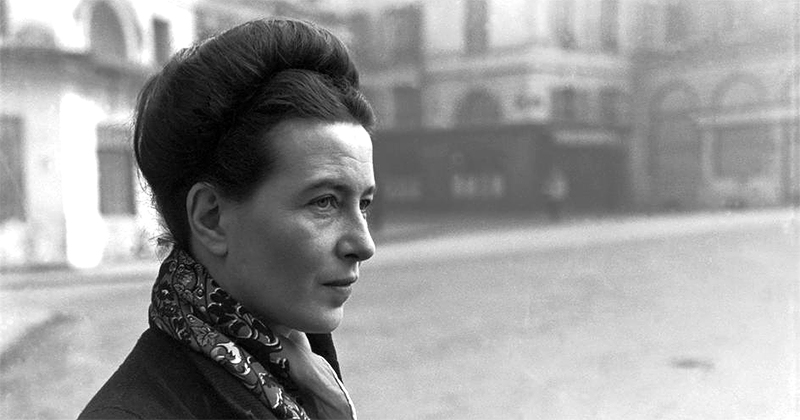 A set of almost 300 mostly unpublished letters from The Second Sex author Simone de Beauvoir to the French novelist Violette Leduc have sold at auction for over sixty-nine thousand dollars. The collection includes a missive from 1945 where Beauvoir rejected Leduc’s romantic advances, right after Leduc sent Beauvoir the manuscript for her autobiographical novel L’Affamée, which included her feelings for Beauvoir. Beauvoir responded:

Despite my colossal indifference, I was very moved by your letter and your journal. You tell me about my loyalty, I admire yours. I believe that thanks to our mutual esteem and trust, we will achieve a balance in our relations. It is strange to find out that you are so precious to someone: you know that you are never precious to yourself; there is a mirage effect there which will certainly dissipate quickly. In any case, this feeling can not bother me more than flatter me … I would like you not to be afraid of me any more, that you get rid of all this fearful side which seems to me so unjustified. I respect you too much for this kind of mistrust, of apprehension, to have any reason to exist.

Okay, she let her down gently . . . but still, ouch. However, Beauvoir and Leduc’s intense friendship and mutual admiration continued for years. Beauvoir once called Leduc “the most interesting woman I know,” and Leduc’s memoir La Bâtarde, which finally brought her mainstream recognition in 1964, was published with an introduction by Beauvoir. Let all rejections result in glowing blurbs!