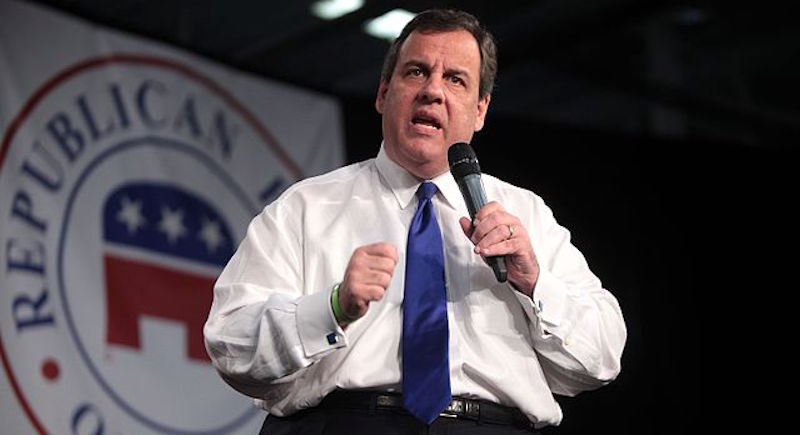 Simon & Schuster helps yet another Republican attempt to launder his Trump years.

Another day, another attempt at reputation laundering via the publishing industry! This time, it’s Chris Christie, former governor of New Jersey, noted bridge troll, and the star of one of my favorite films, Chris Christie Heckled by a School Teacher While Eating an Ice Cream Cone.

Threshold Editions, an imprint of (who else) Simon & Schuster, announced yesterday that it would publish Christie’s book Republican Rescue: Saving the Party from Truth Deniers, Conspiracy Theorists, and the Dangerous Policies of Joe Biden in November. Oh, and he got a two-book deal! Neat.

According to Threshold, the book delivers a frank insider’s account of [the 2020] election and the tragic descent of some members of the Republican Party into cowardice and madness, as well as no-nonsense solutions for how to recover the party’s image and integrity, and how to beat back the ultra-liberal policies of Joe Biden’s Democrats.

If there’s one thing Chris Christie—who literally closed an artery from New Jersey to New York because one guy didn’t like him—is qualified to speak on, it’s integrity.

Congratulations to Simon & Schuster for helping Christie, Mike Pence, and likely many others lay the groundwork for their inevitable 2024 runs! Hopefully they have a lot of papier-mâché projects in mind for the remainder copies because seriously, not a single soul cares what Chris Christie thinks about anything.