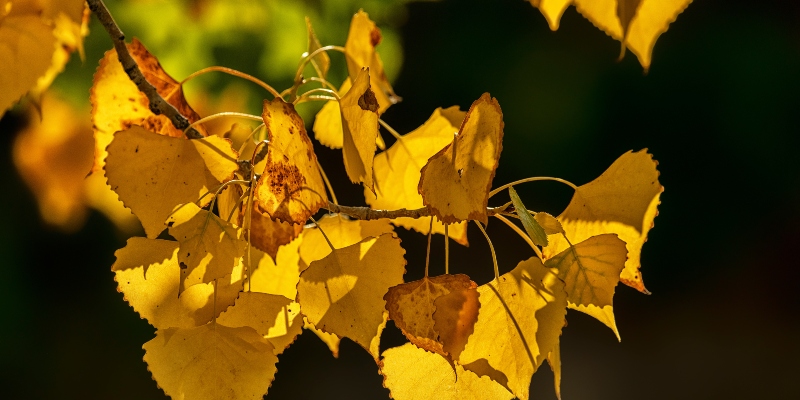 Silencing the Technology Beast: Priyanka Kumar on Sinking Into Time While Writing

“Sometimes I think about the fortunate writers who didn’t have to contend with our amplified level of distractions.”

I tend to sink into time when I am in a forest. On a recent hike, I intuitively picked up a cluster of gilded cottonwood leaves lying on a trail. Such beauty isn’t meant to be crushed underfoot. I brought the leaves home, feeling sure they had something to say. A dozen heart-shaped leaves, deeply yellow, still connected to the twig that had snapped in a windstorm.

Three weeks later, they were still beautiful, even though I’d stuck them in a waterless vase. Their yellow was gleaming, giving off a shimmer that reminded me of the translucent light and stillness of my autumnal walk. (Lest anyone get the wrong impression, I rarely pick up anything from a public garden or a forest trail, but when I do, I keep it until it disintegrates.)

When I’m in the thick of writing a book, I don’t find it terribly challenging to cultivate a slow mind. But in the weeks before and after the publication of my new book, Conversations with Birds, I had to remind myself to stay closer to the state I’m in while hiking. At my desk, I reminded myself to watch the goldfinches swaying on sunflower stalks or nibbling on dried seedheads. Why these reminders? Because new distractions kept popping up, even in the form of welcome invitations, that could devour the mind of a monk!

The 21st century might well become infamous for shattering what remains of our ability to concentrate—an overreliance on technology can fragment our attention in the same way that thoughtless industrialization and development fragmented the natural world. As a naturalist, having a relationship with birds and wild animals allows me to read the poetry of biodiversity, but it can also be a way to remedy the tech overload and its accompanying problems.

How do we cultivate inner silence in a world that is seemingly choking with devices?

Sometimes I think about the fortunate writers who didn’t have to contend with our amplified level of distractions. In Journal of a Novel, John Steinbeck occasionally complains about his mind being flighty (he needed to secure circus tickets for his kids) or that his brain isn’t a “good instrument” on a particular morning, and he laments that he can’t resist opening a package right away. Such writerly follies sound pretty innocuous today.

Delving into literary history, I consider how the Norwegian-Danish Nobel laureate Sigrid Undset didn’t answer the phone herself and, while writing, made it a point to complete her thought even if it meant taking 20 minutes to get to the phone. She made the Nobel Prize Committee wait when they called in 1928. Undset had to sink deep into time to write her gorgeous and complex trilogy, Kristin Lavransdatter, set in the Middle Ages, followed by the tetralogy, The Master of Hestviken; the latter finally convinced the Nobel Committee that Undset’s work could also appeal to men.

After breakfast and newspapers, Undset went up to her study for a couple of hours and simply didn’t care to be disturbed. Even at a time when the phone was used only for important messages and didn’t ring every day, as biographer Nan Bentzen Skille writes in Inside the Gate, Undset thought nothing of letting “ten or twenty minutes go by before she came up from her study and took pity on whoever the poor soul was on the telephone.” Sometimes Undset needed to be reminded two or three times “before she would get up and go to the pantry to answer the ‘telephone beast.’”

Today the “computer beast” or the “phone beast” aren’t a short walk away but cradled in our hands. How do we cultivate inner silence in a world that is seemingly choking with devices? Our fragmented experience of time is likely fragmenting our consciousness in ways we aren’t yet aware of, though scientists do know that social media is rewiring our brains.

In this din of technology, how can we not grow numb? Zen teacher Taisen Dashmuru said, “Time is not a line, but a series of now-points.” But how can we savor the “now-points” if we are mostly distracted? This is a pressing question for writers because the now-points are the places in which we work. To enter these now-points, I try to slow my mind.

Sometimes I reach for a notebook in a room streaming with sunbeams. I might pause to take in the pattern of light on a window or look up when a Bewick’s wren flits in the juniper tree outside, noting the bird’s white brow and its delicate frame. The computer is shut away in an almirah. I bring my attention back to the elemental act of breathing in and out. As I write in my notebook, I might lose awareness of time. If I can remain suspended in this timeless cocoon, like the particles dancing in the sunbeams, I know that the afternoon will eventually slow down, and my consciousness will feel whole once again. 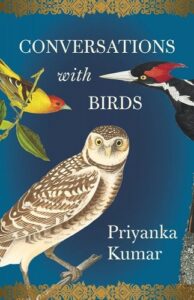 Priyanka Kumar’s Conversations with Birds is out now from Milkweed.

Priyanka Kumar is the critically-acclaimed author of Conversations with Birds and Take Wing and Fly Here. Her essays and criticism appear in The New York Times, The Washington Post, the Los Angeles Review of Books, Orion, and High Country News. Her work has been featured on CBS News Radio, Psychology Today, and Oprah Daily. She is a recipient of a Playa Residency, an Aldo & Estella Leopold Writing Residency, an Alfred P. Sloan Foundation Award, a New Mexico/New Visions Governor’s Award, a Canada Council for the Arts Grant, an Ontario Arts Council Literary Award, and an Academy of Motion Pictures Arts and Sciences Fellowship. Kumar holds an MFA from the University of Southern California’s School of Cinematic Arts and is an alumna of the Bread Loaf Writers’ Conference. She wrote, directed, and produced the feature documentary The Song of the Little Road, starring Martin Scorsese and Ravi Shankar. Kumar has taught at the University of California Santa Cruz and the University of Southern California, and serves on the Board of Directors at the Leopold Writing Program.

Jess Walter on the Highsmithian Principles of Suspense 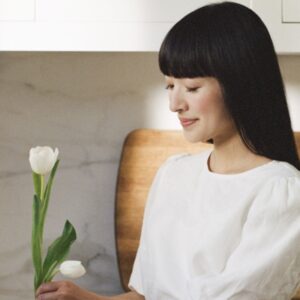