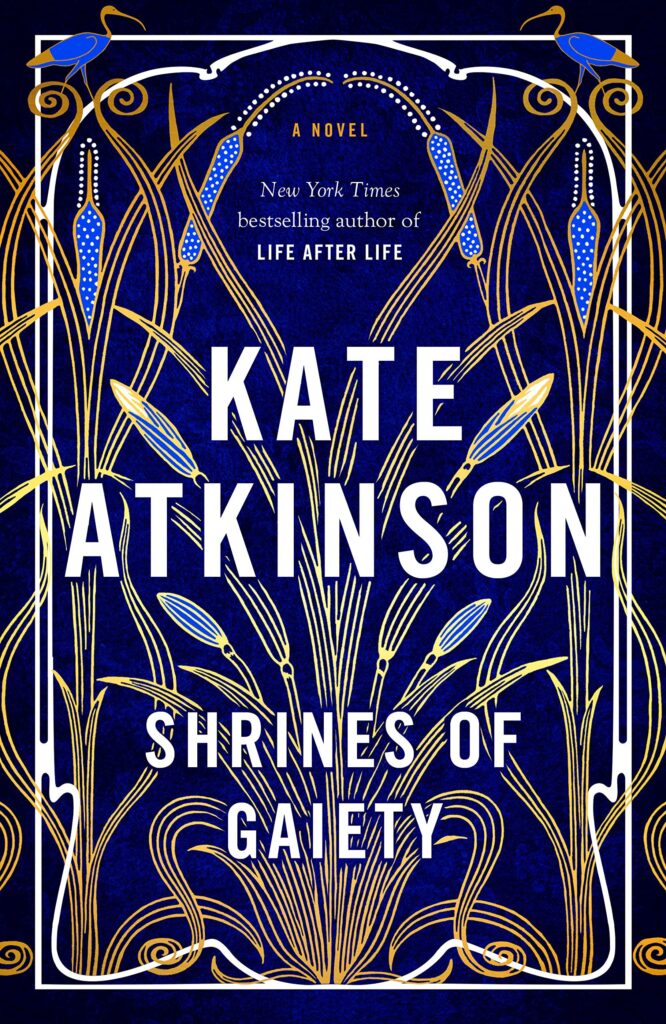 The following is from Kate Atkinson's Shrines of Gaiety. Atkinson won the Whitbread Book of the Year prize with her first novel, Behind the Scenes at the Museum. Her four bestselling novels featuring former detective Jackson Brodie became the BBC television series Case Histories. Her novel Life After Life won the South Bank Sky Arts Award for Literature, was shortlisted for the Women’s Prize, and won the Costa Novel Award, a prize Atkinson won again for her subsequent novel, A God in Ruins.

“Is it a hanging?” an eager newspaper delivery boy asked no one in particular. He was short, just thirteen years old, and was jumping up and down in an effort to obtain a better view of whatever it was that had created the vaudeville atmosphere. It wasn’t much past dawn and there was still hardly any light in the sky, but that had not failed to deter a party crowd of motley provenance from gathering outside the gates of Holloway prison. Half of the throng were up early, the other half seemed not to have been to bed yet.

Many of the congregation were in evening dress—the men in dinner jackets or white tie and tails, the women shivering in flimsy backless silk beneath their furs. The boy could smell the tired miasma of alcohol, perfume and tobacco that drifted around them. Toffs, he thought. He was surprised that they were happily rubbing shoulders with lamplighters and milkmen and early shift-workers, not to mention the usual riffraff and rubberneckers who were always attracted by the idea of a show, even if they had no idea what it might be. The boy did not count himself amongst the latter number. He was merely a curious bystander to the follies of the world.

“Is it? A hanging?” he persisted, tugging at the sleeve of the nearest toff—a big, flushed man with an acrid cigar plugged in his mouth and an open bottle of champagne in his hand. The boy supposed that the man must have begun the evening in pristine condition, but now the stiff white front of his waistcoat was stained with little dots and splashes of food and the shiny patent of his shoes had a smattering of vomit. A red carnation, wilted by the night’s excesses, drooped from his buttonhole.

“Not at all,” the toff said, swaying affably. “It’s a cause for festivities. Old Ma Coker is being released.”

The boy thought that Old Ma Coker sounded like someone in a nursery rhyme.

A woman in a drab gaberdine on his other side was carrying a piece of cardboard that she held in front of her like a shield. The boy had to crane his neck to read what was written on it. A furious pencil hand had scored into the cardboard, The labour of the righteous tendeth to life: the fruit of the wicked to sin. Proverbs 10:16. The boy mouthed the words silently as he read them, but he made no attempt to decipher the meaning. He had been press-ganged into Sunday School attendance every week for ten years and had managed to pay only cursory attention to the subject of sin.

“Your very good health, madam,” the toff said, cheerfully raising the champagne bottle towards the drab woman and taking a swig. She glowered at him and muttered something about Sodom and Gomorrah.

The boy wormed his way forward to the front of the crowd, where he had a good view of the imposing gates—wooden with iron studs, more suited to a medieval fortress than a women’s prison. If there had been three of the boy, each standing on the shoulders of the one below, like the Chinese acrobats he had seen at the Hippodrome, then the one at the peak might have just reached the arched apex of the doors. Holloway had an air of romance for the boy. He imagined beautiful, helpless girls trapped inside its thick stone walls, waiting to be saved, primarily by himself.

On hand to document the excitement was a photographer from the Empire News, identified by a card stuck jauntily in his hatband. The boy felt a kinship—they were both in the news business, after all. The photographer was taking a group portrait of a bevy of “beauties.” The boy knew about such young women because he was not above leafing through the Tatlers and Bystanders that he pushed through letterboxes once a week.

The beauties—unlikely in this neighbourhood—were posing in front of the prison gates. Three looked to be in their twenties and sported plush fur against the early-morning cold, the fourth—too young to be a beauty—was in a worsted school coat. All four were striking elegant poses as if for a fashion plate. None of them seemed a stranger to the admiring lens. The boy was smitten. He was easily smitten by the female form.

The photographer transcribed the beauties’ names into a notebook he excavated from a pocket somewhere so that they could be identified faithfully in the paper the next day. Nellie Coker had a hold on the pictures editor. An indiscretion of some kind on his part, the photographer presumed.

“Ho there!” he shouted to someone unseen. “Ramsay, come on! Join your sisters!”

A young man appeared and was brought into the huddle. He seemed reluctant but gave a rictus grin on cue for the camera flash.

Then, with no fanfare, a small door set into the great gates of the prison was opened and a short, owlish woman emerged, blinking at the oncoming light of freedom. The crowd cheered, mainly the toffs, shouting things like, “Well done, old girl!” and “Welcome back, Nellie!” although the boy also heard the cry “Jezebel!” go up from somewhere in the middle of the crowd. He suspected the drab gaberdine.

Nellie Coker seemed lacklustre and the boy could see no likeness to what he had heard of Jezebels. She was almost dwarfed by the enormous bouquet of white lilies and pink roses that was thrust into her arms. One of the beauties was carrying a large fur coat which she threw around the released prisoner as if she were trying to smother a fire. The boy’s mother had done much the same thing when his baby sister had fallen in the grate, her loose smock catching the flames. They had both survived, with only a little scarring as a reminder.

The beauties crowded around, hugging and kissing the woman— their mother, the boy surmised. The younger one clung to her in what in the boy’s opinion was a rather hammy fashion. He was a connoisseur of the theatrical, his round took him to all the stage doors of the West End. At the Palace Theatre, the stage doorman, a cheerful veteran of the Somme, let him slip into the gods for free during matinée performances. The boy had seen No, No, Nanette five times and was quite in love with Binnie Hale, the luminous star of the show. He knew all the words to “Tea for Two” and “I Want to Be Happy” and would happily sing them, if requested. There was one scene in the show where the chorus and Binnie (the boy felt that he had seen her enough times for this familiarity) came on the stage in bathing costumes. It was thrillingly scandalous and the boy’s eyes nearly popped out of his head every time he witnessed it.

As a drawback, in order to gain free entry he had to listen to the long-winded wartime reminiscences of the doorman, as well as admiring his collection of Blighty wounds. The boy had been one when the war began and, like sin, it meant nothing to him yet.

Ramsay, Nellie’s second son, was made to relieve his mother of the burden of the bouquet and was caught by the photographer holding the flowers like a blushing bride. To the annoyance of his sisters (and himself too), this would turn out to be the photograph that graced the newspaper the next morning, beneath the heading son of notorious soho nightclub proprietor nellie coker greets his mother on her release from prison. Ramsay hoped for fame for himself, not as an adjunct of his mother’s celebrity. He started to sneeze in response to the flowers, a rapid volley of atishoo-atishoo-atishoo, and the newspaper delivery boy heard Nellie say, “Oh, for heaven’s sake, Ramsay, pull yourself together,” which was the kind of thing the boy’s own mother said.

“No,” Nellie Coker said resolutely. “We shall go to the Amethyst. And celebrate.” The pilot was taking the helm.

What Don Quixote Reveals About an Empire At Its Peak 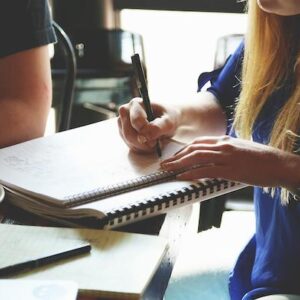 Translating in Tandem: A Reading List of Collaborative Translated Literature Lisa Dillman, one of the translators of Canción, describes the pleasures of co-translation [Hey, Lisa – thanks...
© LitHub
Back to top