Paul French on the Late Writer's Brush with Espionage

A little background in espionage has proved extremely useful to any number of British writers. Somerset Maugham spent WWI working for British Intelligence in Switzerland. He later turned his experiences into a series of short stories, Ashenden. Graham Greene spent time in West Africa working for Mi6 in WWII—his supervisor at Mi6, and good friend, was notorious spy Kim Philby, of whom he refused ever to think badly; and obviously spies, spying and espionage feature in many of Greene’s novels. And, of course, John le Carré spied in post-war Berlin and traded his day job in for a career as the pre-eminent espionage novelist of his generation. To the list of spies-turned-novelists we should also add Shirley Hazzard, who died last week at 85. Shirley spent time as a teenage girl working in what she herself termed “the Judas racket.”

Hazzard was technically an Australian, born in Sydney to a Welsh father and Scottish mother in 1931, a time when Australian statehood was just being formalized and England was very much the “Mother Country.” Much has been said in the last week about Hazzard’s literary life as well as her disillusionment with the United Nations and spirited defense of highbrow literature in later years, but her time as a spy has been largely forgotten.

I was fortunate to meet Shirley Hazzard when she visited Shanghai for the city’s international literary festival several years after the publication and international success of her novel The Great Fire (2003). Fire is also perhaps her most personal book; set in post-war Asia, a continent both haunted by and yet recovering from the WWII. It moves from occupied Japan to colonial Hong Kong to civil war-wracked China. The American military is administering Tokyo, the old English elites are doing their best to resume control of Hong Kong and Peking is encircled by Communist forces. Much was made when the novel was published of the resonances in the character of Helen, an Australian girl caring for her sickly brother in Tokyo and experiencing Asia in a fairly independent way, and Hazzard’s own youth. She traveled around Asia with her family and she had a sickly sister. However, I think the real resonances are in the descriptions of Hong Kong and Shanghai.

All my own writing has been about attempting to recreate and recover that now largely lost world of pre-war China, particularly Shanghai, and its foreign population up until 1949. It’s an exercise involving hours reading old memoirs, newspapers and poking about in archives, as well as trying to talk to anyone who lived through those times. Naturally that gets increasingly difficult as people with memories of old Shanghai, Peking or Hong Kong are now in their late eighties and nineties. So, naturally, meeting Shirley Hazzard who, at just 16 years of age had moved from Sydney to Hong Kong in 1947, was a great opportunity.

Her father was in the diplomatic service and so she came to the attention of the British Combined Intelligence Services in Hong Kong. BCIS was really a successor to the important Far East Combined Bureau that had done so much to break Japanese naval codes during the war. With the Chinese engaged in a protracted and hard-fought civil war between Chiang Kai-shek’s Nationalists and Mao’s communists, intelligence on who was gaining the upper hand in the fratricidal conflict was essential—British interests in the former international settlement of Shanghai were at risk as well as the future of the colony of Hong Kong. Just over the border the war was raging around Canton (now Guangzhou) and all up the coast to Shanghai. Communications were disrupted; the postal service in chaos; spy mania on both sides was in full swing; suspected agents were being shot in the streets. Who better to pass unnoticed and unmolested between Hong Kong and Shanghai than a 16-year-old girl? Miss Hazzard was recruited.

She was flown to Shanghai aboard the rather haphazard planes of the China National Aviation Corporation. The new airfield at Kai Tak (to become so famous later for those legendary landings at Hong Kong in 747s seeing families eating dinner in the perilously close apartment blocks) was treacherous. In The Great Fire she describes a terrible crash at Kai Tak involving a plane from Canton; all aboard are killed. She landed at Shanghai’s Lunghwa Aerodrome, nearly 800 miles northeast, itself the site of an internment camp for allied nationals in Shanghai, and where the young James Graham “JG” Ballard spent the war. From the airfield she made her way to the legendary Shanghai waterfront, the Bund, and the famous Cathay Hotel. There she met an Englishman who gave her a package to take back to Hong Kong. She had some time to wander along the Bund, and see something of the city now occupied by American troops and also the chaotic headquarters of the United Nations Relief and Rehabilitation Administration (UNRRA) in China, before catching a flight back to Hong Kong.

Hong Kong and Shanghai in 1947 both make appearances in The Great Fire. Hazzard’s style is invariably described as “austere” or “concise,” not dissimilar some might say (and Le Carré, in his recent memoir The Pigeon Tunnel makes just this analogy) to the favored style of the intelligence officer’s report. Here is Hong Kong:

The harbour was an old photograph, a resumption: grey ships of war, shabby freighters, and the stout passenger ships with banded funnels. And the swarming sampans and lighters, the junks with tan sails boned like fans and the tan-coloured bony man at the stern; the greater junks, like galleons; and the coastal steamers off the Praya, arriving from Amoy or Swatow, or from green Saigon.”

In the lobby of the hotel in Shanghai, the boy observed the comings and goings, across marble floors, of taipans from the princely hongs—those merchant princes, British, American, French, Dutch, Danish, with interest along the coasts of China and Siam… There were wives, pale and ailing, who could not withstand the climate. There were women, European and Eurasian, of a worldly attractiveness. There were the White Russians, with their historic loss. Tourists came off the great liners, strolled the Bund under parasols, and were beset by beggars.

Hazzard is associated with so many places—Australia, her homeland; New York, where she worked at the United Nations; for her writing on Naples and of course, the island of Capri where (knowing her teenage past) it is easy to see how she came to be so intrigued and to strike up a long lasting friendship with fellow expatriate Graham Greene, a friendship she wrote so fondly of in her short book, Greene on Capri. Hazzard’s husband of 30 years, Francis Steegmuller, had himself spent WWII with America’s wartime espionage agency, the Office of Strategic Services (OSS), in occupied France working with the French Resistance. Their intelligence backgrounds, as much as their love of literature, were surely one of the fundamental bonds between Hazzard, Steegmuller and Greene on Capri.

To make parallels between those who invent their own backgrounds, who create “legends,” appear as one thing when really another, evolve chameleon qualities to pass in different company, and ultimately betray those they befriend, with novelists, is tempting. Undoubtedly a few years spent spying sets you up nicely for the life of a fiction writer. You have to be a keen observer. Along with contemporary Jane Gardam’s closely observed Old Filth trilogy and the work of Shanghai-born Eileen Chang (Zhang Ailing), whose first husband was deeply immersed in espionage and secret worlds, Shirley Hazzard’s The Great Fire ranks among the best literary descriptions of post-war Hong Kong and Shanghai.

Espionage and her post-war experiences with British Combined Intelligence Services didn’t come to define Shirley Hazzard’s life, but they stayed with her and worked themselves out to an extent in The Great Fire. When we met in Shanghai it had been fully 60 years since Shirley had last visited the city. We spoke for a while about her experiences and memories and then she decided to go for a walk, down to the Bund, to find the city she’d known in 1947 and revisit the Cathay Hotel (now renamed the Peace Hotel) where once she’d met a man in in the lobby with a parcel for her. I offered to accompany her as she was speaking later at the literary festival. She was quite adamant that she wanted to be alone and knew the city well. I understood and wished her good luck. Several hours later, 20 minutes before her talk was due to begin in a packed room, the publisher’s table stacked high with books waiting to be sold and signed, the moderator was looking nervous. Shirley was AWOL!

With just five minutes to go she arrived, apologizing. She’d got a bit lost; the city had changed more than she’d expected in 60 years; but she’d found the Cathay (which was then, before it’s recent makeover, slightly down-at-heel and perhaps more like the place she knew in 1947 than it is today). If she was at all flustered she concealed it well. A cup of tea, up on to the stage, a relieved moderator and a fascinating talk about her life and work ensued. When it came to the Q&A she was, inevitably, asked what her impressions of Shanghai were? She smiled and said the city had changed a lot since she last visited.

What Belongs to You 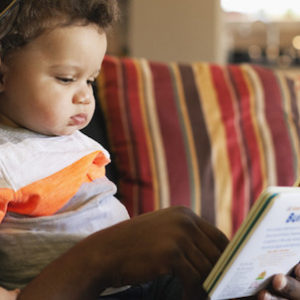 This weekend, I read about a delightful new trend in children's literature: literary classics reimagined as picture books—or...
© LitHub
Back to top