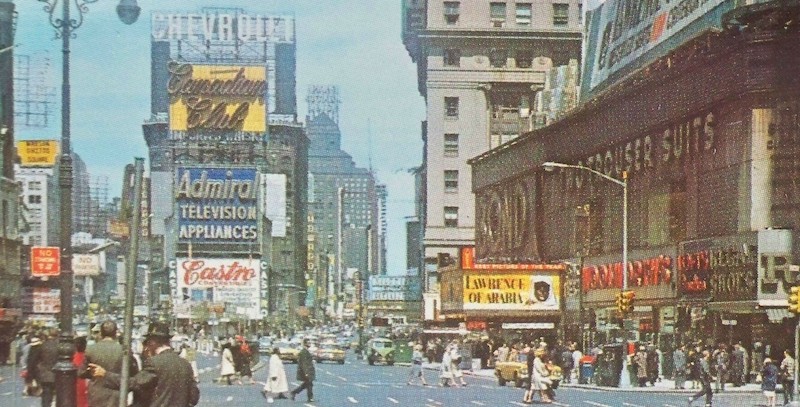 In Conversation with John Freeman, Upper East Side, circa 2005

When Shirley Hazzard is in New York, she lives in a comfortable, book-lined flat on Manhattan’s Upper East Side. “I’m terribly sorry about all this,” says the 74-year-old novelist, clacking about the living room and peeling plastic wrapping from the bookcases, as if the real attraction were her library and not the Picasso and Matisse drawings hanging on the walls.

She serves sherry and peanuts and settles into a sofa. “I just arrived to get this award,” she says. “I didn’t really expect to be here and I’m leaving again soon.”

It’s a statement Hazzard could have uttered in any decade of her life and it would apply equally well. Born in Sydney in 1931 and reared in middle-class Mosman, China and New Zealand, she has spent a great deal of her life arriving. By the time she was 25, she had lived in six countries. She eventually came to New York with her father after World War II, and has lived there on and off since.

Yet her first acceptance letter from The New Yorker, the city’s storied literary citadel, came in 1961, not to her New York address but to Siena, Italy. She had just arrived there as well.

“I had this letter and I could see it didn’t have a manuscript coming back in it,” she recalls, as if it had happened last week.

“I opened it up and out comes a check. They asked me if I had anything else and I didn’t. So I went into town that afternoon and bought myself a notebook and began writing.”

This anecdote, like other stories Hazzard tells, has a charmed, twinkling quality that could be cloying were the story not evidence of a remarkable turnaround in her life. It’s hard to imagine, given the elegance of her manner, that she was distinctly poor when she first arrived in New York. She was also desperately homesick for a while, having come to the city under hard circumstances: her parents were beginning to separate.

Her father and mother had met while they were working for the firm that built the Sydney Harbor Bridge. After the war, Reginald Hazzard took work with the Australian Foreign Service. Previously, the family had been in other parts of the Pacific Rim, including Hong Kong and Japan. That’s how Hazzard came to see Hiroshima very soon after the atomic bomb had been dropped. “I remember it like I was there yesterday,” she says. “It’s not something anyone would forget.”

The purity of this memory enabled her to conjure the devastation four decades later in her powerful novel, The Great Fire.

With one beautiful sentence after another, it pieces together the story of Aldred Leith, an emotionally wounded Englishman and war hero who has come to Japan to observe the wreckage. His assignment is to write a book about the effects of combat, but first he tumbles headfirst into love with a teenager named Helen Driscoll, the child of a brutish Australian army major. Save a few niggling reviews, the reception for the novel was overwhelming across the world.

In England, it was long-listed for the Booker, in Dublin it has been short-listed for the €100,000 ($162,500) Impac Prize, the winner of which is announced on Wednesday. In the US it brought home the National Book Award and in Australia it garnered the Miles Franklin Award, which she will accept in Sydney a year late at a special ceremony on June 23. Receiving the award one year after the fact may seem a little strange had the book not taken more than 20 years to write.

“I wasn’t writing it that whole time,” she clarifies. “My husband [biographer and translator Frances Steegmuller] was very seized with the idea of finishing two more books in his 80s. All the apparatus of marshaling the books involved a lot of work, and he needed me more. He liked me to read things and I did.”

During the afternoon, Hazzard talks so frequently and beamingly about Steegmuller that it’s impossible not to walk away charmed by him as well.

They met at a party given by Muriel Spark in New York in 1963. W.H. Auden was leaving as she came in and noticed Steegmuller, in part because he was very tall. They spent the evening talking and within the year were married. He died in 1994 aged 88. Hazzard, 25 years his junior, saw him through to the end. “He was losing his memory but he never lost his manners, his sweetness, his intelligence,” she says. It is hard also not to feel a certain cultural loss as Hazzard talks about her husband and the life they led together, living in Paris while he worked on his biography of Jean Cocteau, discussing literature with America’s greatest literary minds. Critic Lionel Trilling was a classmate of her husband at Columbia, as was Jacques Barzun, author of the monumental intellectual history From Dawn to Decadence. Hazzard recently saw him in Texas shortly after his birthday, and “he is beginning new work at age 97,” she says.

Hazzard and Steegmuller were part of an intelligentsia that lived well and wrote brilliantly, for whom political engagement in the world was essential. Hazzard even put off accepting US citizenship for some time because of the Vietnam War.

Even though she had moral issues over Vietnam, she recognized at the time and now that someone had to fight Hitler, and she also recognizes the heroism of those who did.

“I worked for a year in the British Intelligence Service and our offices were in this bombed-out part of the airport,” she says. “These men would come in who had fought, but they would never make much of it, never brag.”

Witnessing the effect of war close up inspired her at age 20 to take employment at the UN. It was 1951: “I went there very idealistic, and of course I left very demoralized.” In all, she spent nearly a decade working there, and published two works of nonfiction (Defeat of an Ideal and Countenance of Truth) and one of short fiction (People in Glass Houses) about the organization.

Although American novelist Marilynne Robinson also took 20 years to write a novel and has written essays on politics, Hazzard’s seriousness about the world puts her at a generational remove from a great many writers in the US, for whom entertainment comes as second nature. You could sense this changing of the guard when Hazzard accepted the National Book Award for The Great Fire. She approached the stage following a blistering speech by Stephen King, who had received a lifetime achievement award and had responded by excoriating the audience for what he perceived as snobbery.

In her acceptance speech, Hazzard tersely defended literature from “being used as a pejorative.”

Whether that will remain the case remains to be seen. Regardless, Hazzard has been accepted into the innermost sanctums of US literary life. Thanks to The Great Fire and the novel that preceded it, The Transit of Venus, she was recently awarded the William Dean Howell’s Medal from the US Academy of Arts and Letters. Although little known, it is a respected club: the last winner was Don Delillo; the one before that John Updike.

When award season is finally over, two years after her book was published, Hazzard will settle down at her villa in Capri, 100 steps up a hill. There, perched above the clouds with views all around, she hopes at last to dig into the new novel she is working on.

“There isn’t the yowling you get close to the piazza,” she says with a certain degree of pride, like a true island resident. “When that stops, the whole town goes quiet.”

Pop Culture in a Post-Truth America 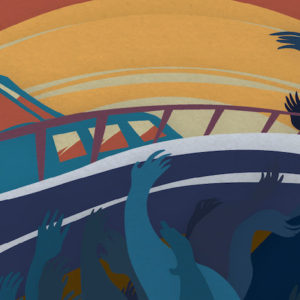 They’d all ended up in the sea afterward. One by one, they’d dived in, whooping like children, splashing each other,...
© LitHub
Back to top