Sheltering: Maggie Doherty Needs More Than a Room of One’s Own

The Author of The Equivalents Talks to Maris Kreizman

On this episode of Sheltering, Maris Kreizman speaks with Maggie Doherty about her new book, The Equivalents. The book is about the Radcliffe Institute in the 1960s, when they offered fellowships to women who had been diverted from their original creative path. Doherty talks about what a gift this fellowship was: a place to write, money, and community, all wrapped up in one. Doherty discusses the pros and cons of single-gender institutions, and the need for connection while writing. Please buy The Equivalents from your favorite local bookstore, or through Bookshop.

Maggie Doherty: In the late 90s, Radcliffe stopped existing as an independent institution. This was a long time coming: in the 70s there was a big push for coeducation in the Ivy Leagues, which is actually kind of a mixed blessing. There were things that were really great about it, and then some things that were less great. But when that happened, they could no longer have this all women’s institute. When they merged with Harvard they couldn’t have this thing that was only for women.

I talked to someone who was part of the inaugural class about it and she was really angry actually, she said she wrote all these letters saying she can’t believe they were opening it to men, men have so much already! In many ways I think it does make sense for it not to be women’s only, especially with how we think about gender now, that’s not a super viable way to think about institutions, but I also really understood what she was saying. 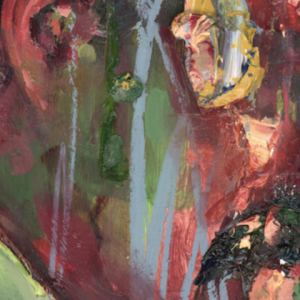 If you happen to be out near Pasadena, California, you may want to look in at Gallery 30 South, which is putting on a wonderful...
© LitHub
Back to top